Inside Junior Curling: Strength in family

If you look at the line-up of teams at the 2014 M&M Meat Shops Canadian Junior Curling Championships, you will find one common trend: parents. Parents who are coaching their kids and enjoying the journey of living their dreams together. From the Northwest Territories to Newfoundland and Labrador, parents of players were found on the coaches’ bench at the recent national junior curling championships in Liverpool, N.S. Alberta’s men’s contingent, skipped by 20-year-old Carter Lautner, was no exception. Lautner’s coaching staff consisted of none other than his own father, Jim Lautner. 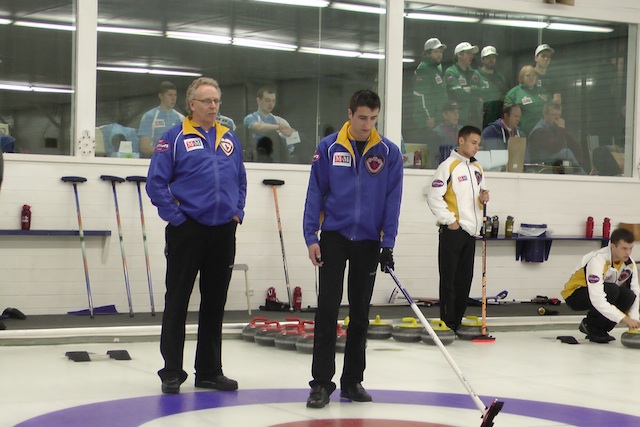 When Jim picked up the sport at the age of 14 in a small town in Saskatchewan, he had no idea of the family tradition he had begun. Growing up, his son Carter watched him play in leagues but it wasn’t until he was six or seven years old that Carter began to play himself. Jim recalls his wife calling him at work telling him that their son was asking if he could try curling. “I thought well, sure, why not?!” Lautner Senior remembers. So that was that. Carter was enrolled in Little Rocks and showed a strong passion for the sport from an early age. “I wasn’t as good at other sports as I was [at] curling,” he says. “I just liked being around it. I especially like being around nice people and you get that with curling.” 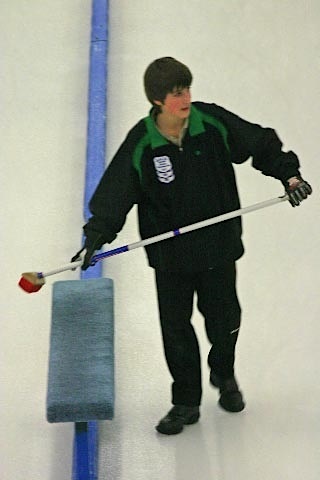 Starting out, Jim had no intentions of coaching his son, a common theme it seems among many accomplished coaches and their children. “I noticed the program needed volunteers early, so I agreed to help out but I tried to stay away from always working with my son. I wanted him to learn from other people,” he says. Soon it became apparent that tracking down a coach for a competitive team wouldn’t be as easy as they thought, and as Carter began to show a passion for competing in the sport, Jim agreed to join Carter in his quest for curling greatness. The duo met their first success when Carter and his young team lost the Alberta juvenile provincial final at the age of 16. From then on, it was four straight silver medals for Carter but his passion for the sport and desire to win never went away. “Dad and I learned a lot from those losses and honestly, experiencing it with him was pretty special,” he says. Flash forward to December of 2013 and you will find a determined Carter skipping a squad to hopefully win an Alberta Junior title with Dad alongside, of course. The foursome took on reigning Alberta champion Thomas Scoffin in the final and the game went right to the bitter end, with Lautner winning in an extra. Jim says the win was one of his proudest moments as a father and as a coach to date. “It was an amazing moment,” he remembers. “I had been on Carter’s train, chasing that dream for a while now and all I knew was that I couldn’t coach a team to another loss.” A few weeks later, Carter, Jim and the rest of the team rounded out by third Taylor Ardiel, second David Aho, and lead Kyle Morrison headed to Liverpool, N.S., to chase their biggest dream. The Alberta squad fought with passion and heart in an amazing week of curling and found themselves with a playoff spot. Carter is very quick to credit his father with his ability to both qualify for playoffs and receive the First Team All star skip award that he earned at Junior Nationals. “Having my Dad there really added peace of mind,” he says. “I’d be lying if I told you any of my success wasn’t because of my Dad.” The Alberta squad finished with a bronze medal and Jim says that watching the boys fight their way onto the podium was one of the proudest moments of his coaching and parenting life. So what has the son learned from having his dad around through thick and thin? The answer is simple. “[My Dad] taught me how to handle adversity and I can’t think of anyone else who could teach me what he has,” says Carter. “I wouldn’t trade any of it for the world. We’ve seen each other at our worst and the fact that we trust each other so much is why we have been able to be successful.” The Lautners are just one example of how the sport of curling brings families closer together in chasing dreams, teamwork, and believing in each other, from coast to coast in our country and around the world. Keep Calm and Curl on!