Inside Junior Curling: The legacy lives on

It has been almost 14 years since the curling world lost one of its greatest athletes, Sandra Schmirler. A native of Saskatchewan, Schmirler quickly climbed the ranks to curling greatness and stole the hearts of Canadians from coast to coast. To say Sandra is a Canadian and curling hero is an understatement. Sandra left behind the legacy of a fierce competitor with an immense love for curling, a passion for children and a drive for perfection and excellence in every aspect of life. Sandra’s legacy continues to live on in the hearts of Canadians and make an impact across Canada through the Sandra Schmirler Foundation, which is dedicated to providing care to babies born “too soon, too small, too sick.” To date, the Foundation has donated to neo-natal care units in every province in Canada. 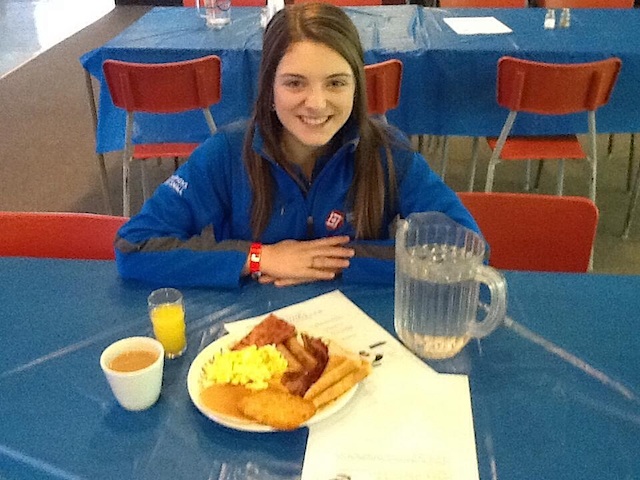 Cathlia Ward organized a community breakfast at her curling club – the Capital Winter Club in Fredericton – raising $1065.25 to donate to the Sandra Schmirler Telethon in February (Photo courtesy C. Ward)

In 2013, the Foundation launched its Spirit of Sandra Scholarship program. The program recognizes six outstanding student athletes in Canada who have achieved a high academic standard, showed high achievement in the sport of curling, and demonstrated a desire and drive to give back to their communities. The scholarship awards each recipient $5000, which is to be split equally between curling expenses and school tuition. I was honoured to be awarded one of these scholarships and be named to the first ever Spirit of Sandra Scholarship cohort. One of the amazing things about being part of this program is having the task of carrying on Sandra’s legacy. As part of the award, each scholar is asked to put on a fundraiser in support of the Foundation. Jocelyn Peterman from Alberta ran a spiel in her hometown, as did Shannon Birchard of Manitoba. Derek Oryniak, also of Manitoba, co-ordinated a mixed double spiel. Kristen Striefel of Saskatchewan held a fundraiser at a local Blades hockey game and Matthew Smith of Northern Ontario’s fundraiser is coming soon (stay tuned)! As my first fundraiser, I hosted a community breakfast in support of the Foundation. The breakfast took place at my curling club, the Capital Winter Club in Fredericton, and with help from the club’s management team and my family and friends, we were able to put on an excellent event. 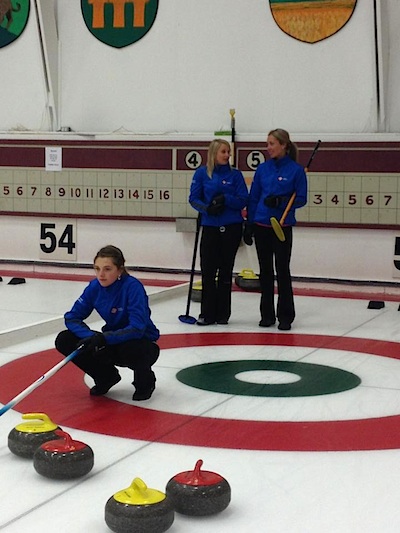 My event coincided with the Sandra Schmirler telethon (during the 2014 Scotties Tournament of Hearts) and I’m not sure I can put into words my immense excitement as I called into the telethon, spoke with Jan Becker and Cathy Overton-Clapham and announced that I was donating a total of $1065.25. Knowing that I was able to give back to neo-natal care units through the Sandra Schmirler Foundation brought me an enormous amount of pride. Between learning to plan an event and receiving financial aid, the Spirit of Sandra Scholarship program provides its recipients with a vast amount of life skills. In my opinion, one of the most incredible parts of the program is the mentorship and networking abilities that it provides. As a scholar, you are paired with two mentors who are the Sandra Schmirler Foundation Champions. This year, the two outstanding individuals were World Champions Jon Mead and Cathy Overton-Clapham. Flying to Winnipeg in August to spend four days learning from two of my biggest curling idols was beyond my wildest dreams. I’ve spent the last year carrying on the Sandra Schmirler legacy through what is, in my opinion, one of the most amazing scholarship programs available to young athletes in Canada. The time has come for the next cohort to be selected and I encourage every junior curler from Nunavut to Ontario to British Columbia and across to Newfoundland and Labrador to explore the potential this program has for creating opportunities and growth for you in your curling career. The torch is beginning to be passed, and as the youth of curling in Canada, it is now our job to continue Sandra’s legacy by ensuring that all champions, no matter how small, have a chance to grow up. To put it simply, I whole-heartedly recommend you apply to this program and give yourself a chance to be associated with the greatest name in curling – it has been one of my greatest life choices. Application Deadline is May 1st, 2014. Visit sandraschmirler.org for more information! 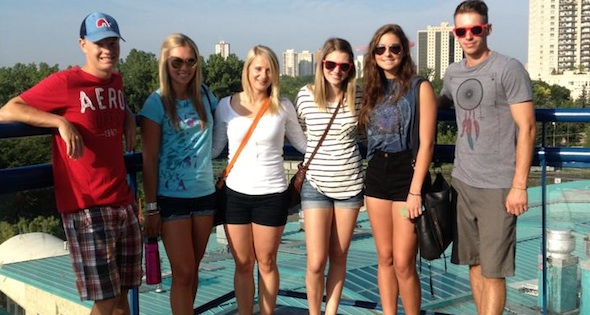