Hall of Fame member Marilyn Barraclough has passed away 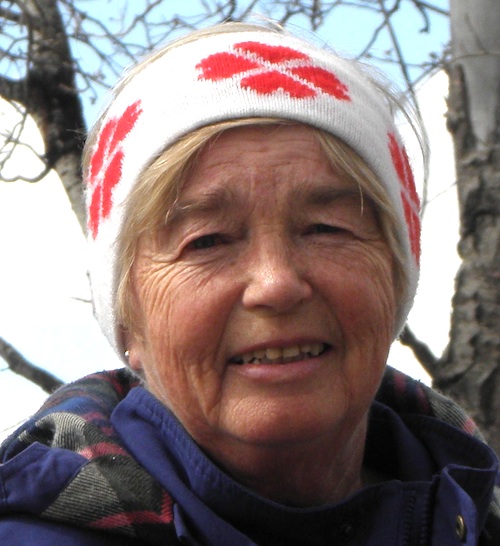 Marilyn (November 21, 1945 – March 27, 2014) is survived by her beloved husband, Wayne and daughter and son-in-law, Kim and Anthony Perkins. Marilyn is also survived by her mother, Hazel Lane of Winnipeg, as well as her two sisters and brother, and many nieces, nephews, cousins, and close friends. Marilyn was born to Ed and Hazel Lane and spent her formative years in Winnipeg. She graduated from Churchill High School and soon ventured to Calgary for work. Family friends, Ray and Dorothy Barraclough, would welcome Marilyn to the city and eventually introduce her to future husband Wayne, their only child. One of Marilyn’s greatest passions was the close and loving relationship she shared with Wayne. They were married in 1975 and would move together to Vancouver and then Yellowknife where Marilyn gave birth to daughter Kim in August of 1979. Marilyn was a passionate and dedicated volunteer throughout her life, starting in her teens by volunteering as a Cub leader and helping out at various swim meets. She was particularly involved with both curling and Girl Guides. Marilyn’s curling career began in her teen years, curling competitively as a junior and as an adult. Once her knees no longer allowed her to play she began coaching and instructing as well as volunteering for the various, board-driven district, provincial, and national committees. In 1988 Marilyn became president of the Canadian Ladies Curling Association. She would be instrumental in helping to merge the ladies association with the men’s to form what is now known as the Canadian Curling Association. Marilyn was also a National Course Conductor for many years and taught countless individuals how best to coach and teach curling. She often kept up with her coaching students and was always eager to offer mentorship advice when asked. She was a firm believer in sharing ideas between curling clubs, coaches, instructors, and curlers. To Marilyn, curling was and is a sport in a state of massive growth and her greatest dream was to see curling take off on a world-wide basis while still thriving in Canada. In Yellowknife Marilyn helped to instruct and run the local junior curling program. Later she began coaching competitive junior teams. She was chosen as coach for the 1995 Canada Winter Games held in Grande Prairie, Alta. Later in 1995 Marilyn and family relocated to Calgary where Marilyn immediately became heavily involved in local and provincial curling. She coached a number of junior teams to a provincial competition level and also served as President of Alberta Curling Federation from 2002 to 2004. Marilyn was also involved in creating an instructional Mecca at the Calgary Curling Club, called the Calgary Curling Club Academy, to bring in more juniors as well as beginner curlers. She successfully created the template for instructional adult leagues which are now popular across the country. In 1999 Marilyn and Wayne moved to Black Diamond, Alta., where Marilyn soon volunteered on a town committee and joined the Lions Club. She withdrew from these commitments in order to continue their pursuit of travels. In recent years Marilyn had surgeries to replace both knees. Upon recovery she took up golf with Wayne and often spent five days a week on the golf course. After purchasing a condo in Radium, B.C. she and Wayne would have even more time to golf in the summer and lots of beautiful golf courses to choose from. Marilyn passed away at Tom Baker Cancer Centre in Calgary from a bone marrow disorder called myelofibrosis. A Memorial Gathering will be held May 10 in Turner Valley, Alta., at the Flare ‘n’ Derrick from 1-2 p.m. An open jam session will follow the formal proceedings. Please consider bringing your voice and/or instrument of choice in order to take part in the jam or just stick around to socialize and listen to some great music Marilyn would particularly enjoy. Please consider filling out organ donor cards and donating blood. In lieu of flowers the family requests donations to the Alberta Curling Federation; Attention – ACF Scholarships, 3rd Floor – Percy Page Centre, 11759 Groat Road, Edmonton, AB, T5M 3K6, or to the University of Calgary, Hematology Research and Education (RT694534-00000), Michelle Hubbs-Felder, Division of Hematology, Rm C-210, Main Bldg, Foothills Medical Centre, 1403-29 St ., Calgary, AB, T2N 2T9. 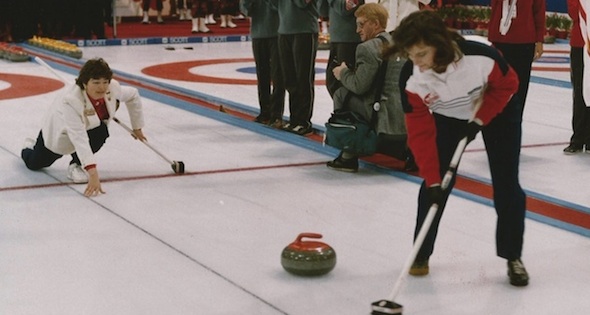