“Weird curling destination, eh?” says Dustin Mikush, a 14-year-old curler from Wadena, Sask., who recently travelled to Tempe, Ariz., to try out the ice at the local Coyotes Curling Club. 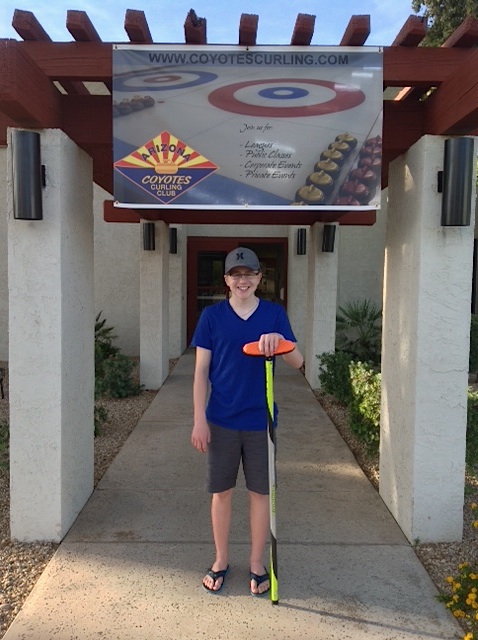 Mikush may be young, but he knows something about curling ice. He competes provincially at the Juvenile and Junior level, as well as for his high school. This past season, his Juvenile team made it to the provincial championship, while his Junior team fell just short of qualifying. Like many young curlers in small communities, he introduces kids from the local elementary school to the sport. And as if that’s not enough, he also assists Wadena ice technician Scott Comfort with the ice at his home club. The young curler packed a lot into his weekend adventure at Coyotes CC, established in 2003 in Tempe, a suburb of Phoenix. He travelled there as a “tag along” with his father, who was in town on business. This is the second trip Mikush has made to check out the curling ice south of the border. “When my Dad and I arrived on May 30, it was a hot 40 C,” he says. “After we checked into our hotel, we went straight to the Coyotes Curling Club to check out the rink and throw a few rocks. We were greeted by club vice-president Darryl Horsman.” At the same time, the USA Paralympic skip from Sochi, Patrick McDonald, was offering a wheelchair curling clinic, so Mikush dropped in to get some pointers. Later, he was even able to pick up a game. “After I was done practicing on the new ice, I ended up skipping a team in the regular Friday Night league,” he says. “The next day, I walked to the curling rink in my shorts, flip flops and a t-shirt,” reports Mikush. “That is very rare at home in Saskatchewan!” Taking advantage of some off-ice training, the young curler joined a group taking the USCA Level 1 Instructor course, and then headed out to the ice to play some games. 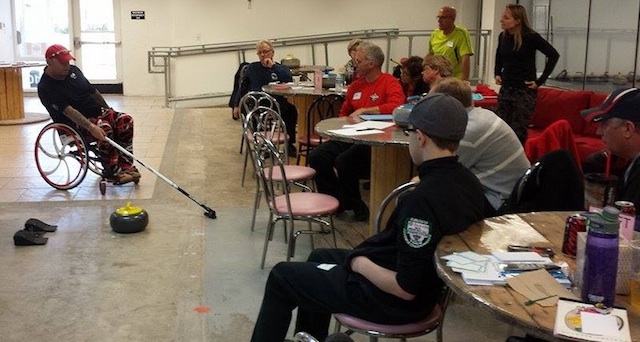 On their last day, father and son played a final game on the ice before leaving for home. Mikush was impressed with the warm welcome he received from Horsman and his staff, and was surprised to learn that many of the curlers at Coyotes CC are transplanted Canadians, now residents of the United States. “One obstacle facing their curling club is the difficulty purchasing curling supplies,” says Mikush. “It is also difficult for their members to teach newcomers because most don’t have their certification.” Mikush says he took the USCA instructor course because it happened to be offered when he was there, but he’ll definitely be taking the equivalent NCCP course back home as well. “It was a great weekend,” he said about his Arizona experience, “but I would still rather curl at home in Saskatchewan, even if it’s minus -40 C!” 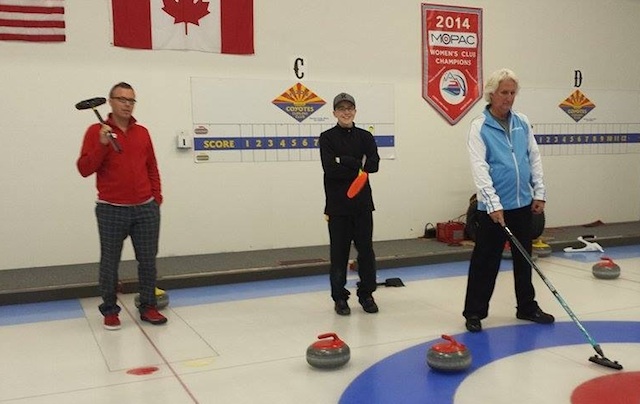 Dustin Mikush skips a friendly game in the regular Friday Night League at the Coyotes Curling Club in Tempe, Ariz. Yes, that’s a Canadian flag on the wall behind him, thanks to the many Canadian ex-pats who are are members of the Arizona club. (Photo courtesy D. Mikush)