Ontario’s Sherry Middaugh and her team are trying out a new way to thank team sponsors and give back to the sport. 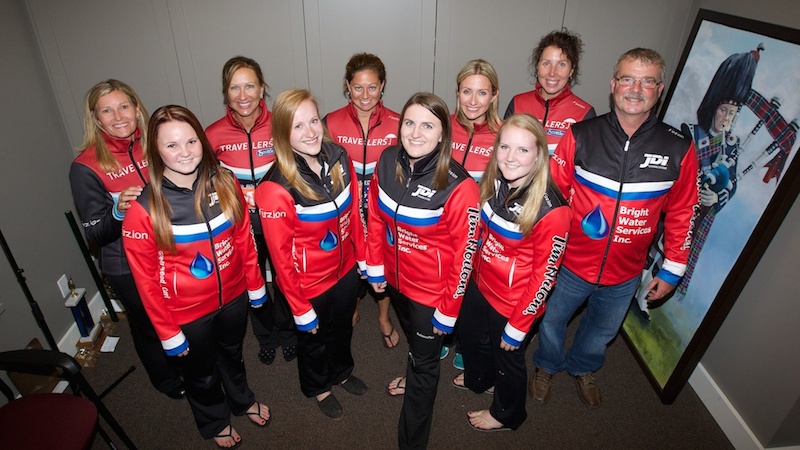 Middaugh and her team from Coldwater, Ont. — third Joanne Rizzo, second Lee Merklinger and lead Leigh Armstrong — will spend the 2014-15 season not just competing on the bonspiel circuit and attempting to represent Ontario at the 2015 Scotties Tournament of Hearts in Moose Jaw, Sask., they’ll also be mentoring an up-and-coming junior women’s team. “We have had the same sponsors for a number of years and have done the usual team picture, engraved curling rock, donation to charities, curling-camp bursary. We wanted to do something creative for our sponsors as well as giving back to youth in our sport,” says Middaugh. “So we decided to ask a junior girls team if they would be interested in a mentorship opportunity.” After researching possible choices, they settled on the Kitchener-Waterloo team of Molly Greenwood, Evie Fortier, Haley Procak and Emily Watson, who share a wealth of competitive experience at the provincial and national level. Greenwood, for instance, skipped Team Ontario at the 2014 M&M Meat Shops Canadian Junior Curling Championships in Liverpool, N.S., last season. Middaugh contacted the coach, Kirk Greenwood, and there was “no hesitation,” she says. Coach Greenwood says the team was initially surprised by the offer, but the players quickly realized what an opportunity it was. “It is so exciting as the coach to see these junior athletes working together, hand in hand, with the Middaugh team,” he says. “The bond was made immediately.” The mentoring program set up by Team Middaugh includes some financial assistance, several joint training weekends — one took place at the end of August, and another is planned for November — as well as ongoing communication throughout the season. Oh yes, and don’t forget the apparel: on-ice jackets and shirt, supplied by [sponsor] Fuzion, similar to Team Middaugh’s on-ice uniforms, and featuring sponsor logos from both teams. The training weekend in August made a huge impression on the juniors. Skip Molly Greenwood says her foursome felt as if they were part of the team. “Even though they are mentoring, I felt as if they didn`t treat us as a younger team but joked with us and made us feel like we were their equals, which was so cool,” says the younger Greenwood. “I’m definitely excited to build a relationship with their team this season and know if I’m curious about something or need help I can rely on them to give me a hand and try to help me out.” Her dad sees this mentoring experience as a chance not only to learn from an experienced, elite team, but also to give back to the sport and its sponsors. Middaugh couldn’t agree more. “We think [mentoring] is a fabulous idea,” she says. “More competitive teams should do this as well.” 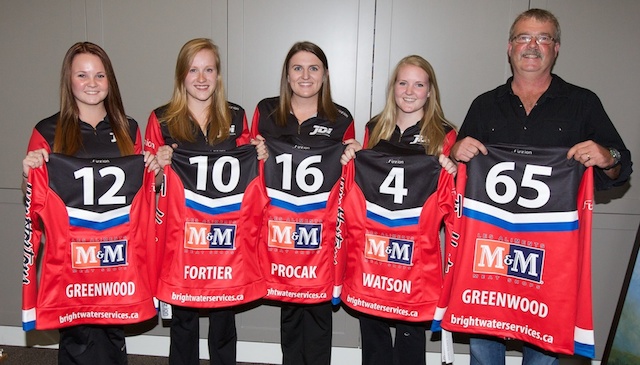