New-look lineups on display in Edmonton

While many of the top teams from eastern Canada were able to start their season last weekend in Ontario, most of the western teams are going to have that chance to get on the Canadian Team Ranking System board starting today, in the HDF Insurance Shoot-Out in at the Saville Centre in Edmonton. 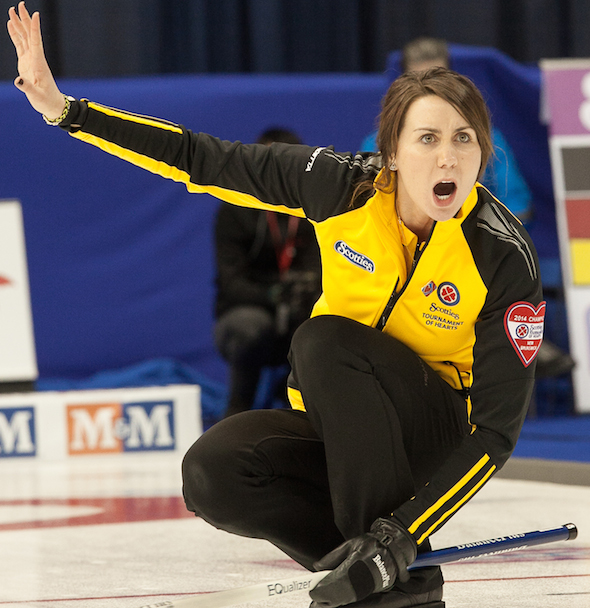 Just like last week’s Stu Sells Tankard on Oakville, Ont., this event will feature the debut of several new-look teams, and some established squads, but with some tweaks to the lineups. First and foremost, Scotties Tournament of Hearts finalist Val Sweeting of Edmonton will be showing off her new vice-skip Andrea Crawford, who relocated cross-country from New Brunswick. Crawford, who skipped her own team in several Scotties championships, is committed to Sweeting’s rink for the next four-year Olympic cycle. This moves Dana Ferguson down to second, to replace Joanne Courtney who moved the other way across the country to play with Rachel Homan’s Ottawa team. 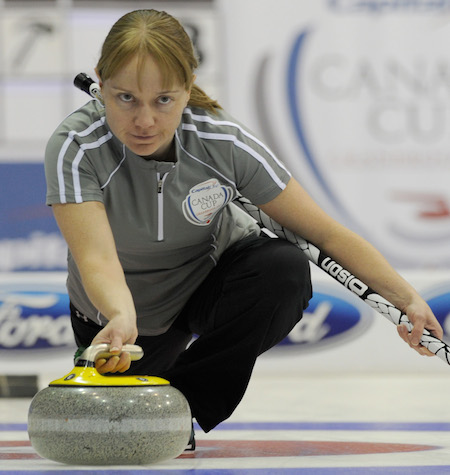 Canadian champion Heather Nedohin also made some off-season adjustments to her roster. After playing with Nedohin for the past six years, third Beth Iskiw decided to take some time away from the game, which prompted the team to pick up Amy Nixon, who won Olympic bronze in 2006 throwing third rocks for Shannon Kleibrink. Nixon was the alternate for Team Nedohin when it won the 2012 Scotties and bronze at the Ford Worlds. Chelsea Carey not only has a new team, but a new home province. The Manitoba native, fresh off her first Scotties appearance and bronze-medal finish, packed up and moved west to form a new team with two-time CIS champion Laura Crocker. Crocker, originally from Ontario herself, should feel right at home in Edmonton, as she’s actually employed by the Saville Centre, and is part of the committee running the 24-team event. All the teams competing will be looking for a share of the $27,000 prize money, and of course, the related CTRS points. Points accumulated this season can qualify teams for next year’s Canada Cup of Curling, presented by Meridian Manufacturing. Later on, it will dictate which teams qualify for Tim Hortons Roar of the Rings berths, or the Road to the Roar pre-trials. Finally, points earned over the season will also help teams qualify for this year’s Grand Slam series of events, which bases their entries on the World Curling Tour Order of Merit. As with most of the biggest Canadian bonspiels, there’s a variety of international teams in the field. Last week’s finalist in Oakville, Alina Pätz of Switzerland will participate along with fellow Swiss skip, Michèle Jäggi. Rounding out the international teams is 2011 world champion Cissi Östlund of Sweden (playing third for Anette Norberg). The men’s side of the draw is not as star-studded as it may have been in years past. With the retirement of Kevin Martin, and the absence of Tim Hortons Brier champ Kevin Koe, the biggest names in the 16-team field are Saskatoon’s Steve Laycock and Calgary’s Brock Virtue. Swiss Olympian and European champion Sven Michel comes in just behind Laycock on the world rankings, but either team could be considered a favourite to win the biggest chunk of the $22,000 purse. For results, keep an eye on www.worldcurl.com.