Chelsea Carey made the most of her Alberta debut, capturing the title at the HDF Insurance Shootout at the Saville Centre in Edmonton in World Curling Tour action on the weekend. Carey, and her new team of Laura Crocker, Taylor McDonald and Jen Gates, beat Val Sweeting’s own new-look squad in the all-Edmonton final, 5-3. 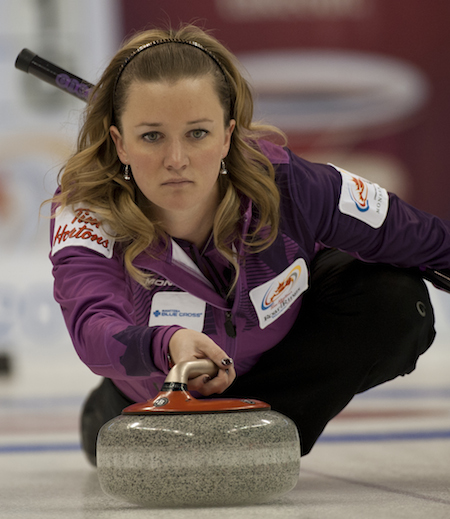 With the win, Carey earns $6,000 and 18.55 points on the Canadian Team Ranking System leaderboard, which puts her in first place early in the season. Sweeting earned 12.99 CTRS points for reaching the final, which puts her close behind the leaders, albeit after only two major events. There are dozens of events to play, and literally thousands of points left to be earned this season. In the all-Alberta semifinals, Carey defeated Edmonton’s Kristie Moore, and Sweeting took down Calgary’s Susan O’Connor. Moore and O’Connor also gained their first CTRS points of the season, earning 9.275 for their finish. For Carey, the win carried a bit more weight as it put the team into 15th place on the World Curling Tour Order of Merit. As they won’t play in any more events before the end of September, they are sitting right on the bubble for entry into the year’s first Grand Slam event. The top 15 teams are invited to the Masters of Curling in Selkirk, Man., while one other team will be granted a sponsor’s exemption. With several big events over the next two weeks, both across Canada and in Europe, the leaderboard could change drastically by then, and the field for the season’s first Slam would be altered as a result. 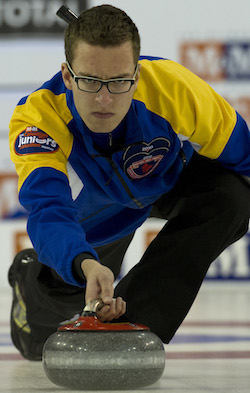 On the men’s side, 2012 world junior men’s champ Brendan Bottcher (backed up by Tom Appelman, Bradley Thiessen and Karrick Martin) stole the championship from Saskatoon’s Steve Laycock (the 2003 world junior men’s champ), in an extra end. Bottcher and his Edmonton squad took home $6,000 and 11.85 CTRS points, a number calculated based on the strength of the teams in the field. Laycock earned 8.295 points. Next week’s AMJ Campbell Shorty Jenkins Classic in Brockville, Ont., will offer the opportunity to win maximum CTRS points for the men, as all three 2014 Olympic medallists will be in attendance. Gold-medallist Brad Jacobs of Sault Ste. Marie, Ont., silver-medallist David Murdoch of Scotland and bronze-medallist Niklas Edin of Sweden will be part a field that also includes of Canadian and World Champions Jeff Stoughton of Winnipeg and Glenn Howard of Penetanguishene, Ont., not to mention 2006 Olympic champion Brad Gushue of St. John’s. While the women’s side may not offer maximum points, it will still be a valuable bonspiel. Two-time Scotties Tournament of Hearts champion Rachel Homan will make her season debut, as will 2013 world champion and Olympic bronze-medallist Eve Muirhead of Scotland. Ontario’s Sherry Middaugh, currently sitting 10th on the Order of Merit list, adds some punch to the field, which will offer an opportunity for teams to come away with some much-needed early-season points.