Canada’s best mixed doubles curling teams will return to the Ottawa Hunt and Golf Club for the 2015 Canadian Mixed Doubles Curling Trials, it was announced today by the Canadian Curling Association. 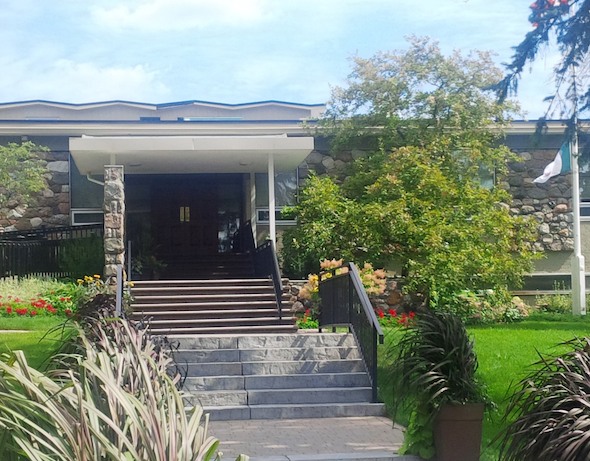 The Hunt Club hosted the highly successful 2014 edition of the Trials, which will determine Canada’s representative for the 2015 World Mixed Doubles Championship next spring in Sochi, Russia. The 2015 Canadian Mixed Doubles Trials are scheduled for March 11 to 15. A total of 32 teams (one man, one woman) will compete, with the teams divided into four round-robin pools of eight, with the top two from each pool and the next four best round-robin records moving onto the 12-team single-knockout playoff round. 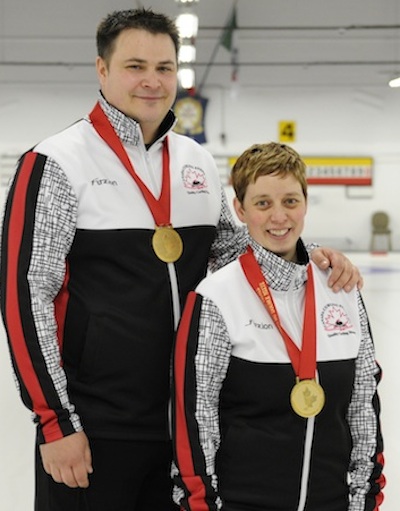 It will be the third edition of the Trials; the CCA recently approved a motion to extend a two-year trial for the event to a third year as efforts are ongoing by the World Curling Federation to have the discipline included as an Olympic medal sport, as soon as the 2018 Winter Olympics in Pyeongchang, South Korea. “We’re optimistic that the International Olympic Committee will see the benefits of adding another curling medal to the program, and we’re doing our part as an association to show that we’re behind that push,” said Greg Stremlaw, Chief Executive Officer of the CCA. “We’ve had nothing but positive feedback from the first two Canadian Mixed Doubles Trials, and we know the Hunt Club will do another superb job in hosting in 2015.” The 32 participating teams in Ottawa will be determined by the following: 1.    Each of the 14 provincial/territorial curling associations will select one team. 2.    The winning four-player team at the 2015 Canadian Mixed Championship in North Bay, Ont., will receive two entries. 3.    The balance (the other 16 teams) will be composed of open invitations but should more than the required number submit entries, then each team’s participating status will be decided by the Order of Merit as of Dec. 31, 2014. The Order of Merit is based exclusively on the CCA’s Canadian Team Ranking System (CTRS). “We had great, positive feedback from the curlers and officials after we hosted the 2014 Canadian Mixed Doubles Trials,” said Bill Duck, curling co-ordinator for the Hunt Club. “We were eager to bring the event back, and we know curlers and fans will be treated to first-class conditions and a first-class event.” At the 2014 Trials, the husband-and-wife pairing of Wayne and Kim Tuck of Ilderton, Ont., claimed gold, beating Alberta’s Kalynn Park and Charley Thomas 8-5 in the final. The Tucks went on to finish with a 7-1 round-robin record at the 2014 World Mixed Doubles Championship in Dumfries, Scotland, but lost in the first round of the playoffs to Austria’s Claudia Fischer and Christian Roth to finish ninth overall. 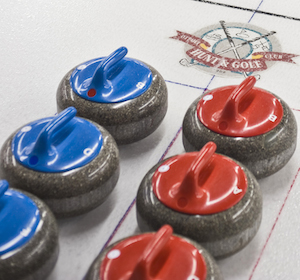 At the inaugural 2013 Canadian Mixed Doubles Trials, in Leduc, Alta., the Quebec pair of Robert Desjardins and Isabelle Néron won the title, and went on to finish 10th at the World Mixed Doubles Championship in Fredericton, N.B. Previously, Canada’s teams for the World Mixed Doubles Championship comprised two members of the winning team at the Canadian Mixed Curling Championship. In 2008, Canada (Susan O’Connor and Dean Ross) finished fifth while in 2009, Canada earned a bronze medal with a third-place finish by Sean Grassie and Allison Nimik (still Canada’s only medal at the World Mixed Doubles). In 2010, Canada did not compete because the Icelandic volcanic ash caused the temporary cancellation of air travel which prevented Mark Dacey and Heather Smith from arriving in time for the competition. In 2011, Canada’s Rebecca Jean MacDonald and Robert Campbell finished 12th, while in 2012, Canada’s Chantelle Eberle and Dean Hicke were sixth. The Mixed Doubles game format is played over eight ends (instead of the usual 10). Each team has only six stones and one of those stones from each team is prepositioned on the centre line before every end of play. One player delivers the first and last stones of the end while the other player throws the second, third and fourth stones. If they choose to, the two players may swap positions from one end to the next. Both team members are also allowed to sweep.