Juan de Fuca Curling Centre in Victoria, B.C., has found a number of innovative ways to attract and retain new curlers, thanks to some creative thinking and valuable partnerships with local businesses. Attracting new curlers at the grassroots level was a topic that came up frequently at the recent National Curling Summit in Niagara Falls, Ont., and it’s something that clubs struggle with, no matter the community’s size or location. Offering Learn to Curl sessions early in the season is one way that clubs tackle the challenge: get curlers into the club, and then hang on to them. 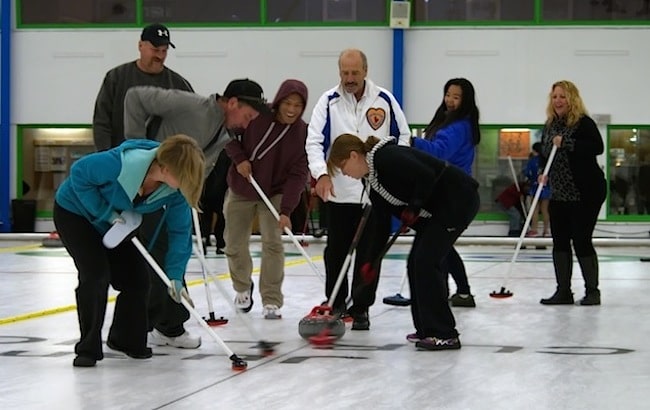 The Centre’s past president Marilyn Kraeker told us that this is exactly what the Juan de Fuca Curling Centre has been able to accomplish through the support and sponsorship of The Markets on Millstream/Yates. “The Markets on Millstream/Yates, a local grocery business owned by Ernie Skinner and family, are the sponsors of the Carol Skinner Getting Started League. They pay for the coaches to be on the ice all year – they supported the bonspiel our novices ran themselves by holding a draw to have the fees of two of the 32 curlers returned,” says Kraeker. The Markets on Millstream/Yates also featured an ad for the league in its weekly two page poster which goes out to the Greater Victoria area. “This kind of advertising and support is priceless to us,” Kraeker says. “The first year we had 32 participants, the second 28 and this year so far we have 22 registered and we have not yet had our Open House where we usually sign up more future curlers.” You won’t find any of the The Markets on Millstream/Yates logos on the sign that hangs in the Juan de Fuca Curling Centre advertising the Carol Skinner Getting Started League, and Kraeker explains this is for a very good reason. “The Markets on Millstream/Yates do this in memory of Carol Skinner, Ernie’s wife, a long-time curler, volunteer and supporter of Juan de Fuca Curling. The first year of the program, one of Ernie and Carol’s daughters, Arlene Baker, was registered in the program and she entered two leagues the following year and continues with her teams this year. In addition, one of Carol’s granddaughters has indicated she wants to join and bring some friends.” 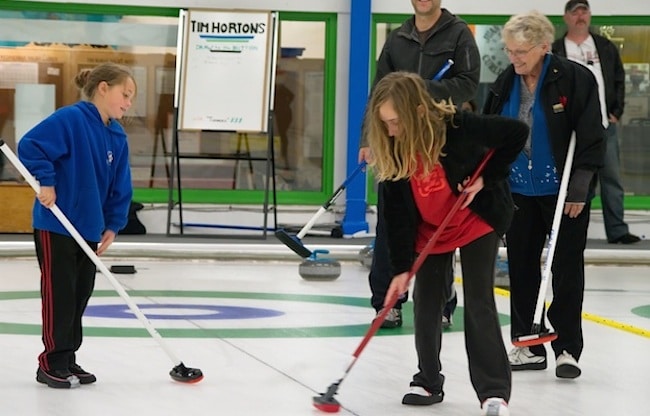 Juan de Fuca Curling Centre’s Sheet 5 is the Tim Hortons “Draw to the Button” sheet, where $10 gift cards are given to novice curlers at the annual Open House (Photo Doug Butler)

This kind of meaningful local connection is gold to a curling club, and it’s paying dividends, says Kraeker. But the partnerships don’t end there. Juan de Fuca CC has also connected with the local Tim Hortons. “Over the last two years, and by popular demand, we have invited Tim Hortons to be our centre ice attraction at our Open House in September,” she says. “The first and second year I phoned and told the owner of Tim Hortons that I would like to purchase 10 gift cards ($10 each), as well as coffee and condiments for 250 people. This year they are supplying Timbits for 250 and a basket as a raffle prize.” At the Open House, Sheet 5 is reserved as the Tim Hortons “Draw to the Button” Sheet, where every 20 minutes, the novice who draws closest to the button wins one of the $10 gift cards, an activity that continues until all the cards are gone. Learn to Curl activities take place on all the other sheets, keeping everyone involved. “The manager from Tim Hortons asked if she could try curling and ended up joining the Carol Skinner Getting Started League, as well as joining a league the following year.” Kraeker says. “When I called them to see if they were interested again this year, the response was a very enthusiastic ‘Yes!’” In another valuable partnership, Juan de Fuca’s Junior program is sponsored by Accent Refrigeration Systems Ltd., but the sponsor went even further: “They offered a draw the first year to return the fees for one new Junior curler,” says Kraeker. But what’s more, the sponsor sought out other local curling clubs to offer the same initiative. “Art and Teresa Sutherland then issued cheques in the amounts needed for each curling club to be awarded at the Try Us Open House,” Kraeker says, adding that the Sutherlands have offered to do the same this season. 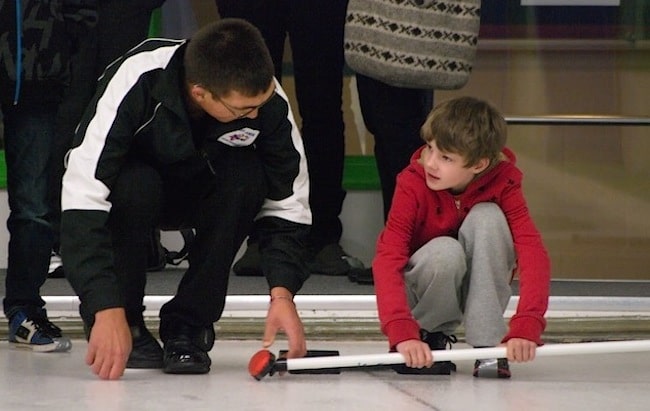 “Art and Teresa Sutherland have supported our Junior Curling Club for many, many years and in recognition of their strong commitment for the Juniors, the Juan de Fuca Curling Club added Art and Teresa and their family members to our Honour Roll last year.” Juan de Fuca uses a number of other strategies to hook and hold new curlers at the start of the season. Early in the Fall, emails are sent to registered curlers advising that any league curler who brings a new or lapsed curler to the Open House can enter the draw to have one of their league fees paid back. This year another innovative idea to attract curlers will be a Sunday Family Fun Day League, with coaches on the ice to help lead and instruct new curlers who want to come out and play as a family. “This league is planned because of the comments at our last year’s Open House that indicated parents wanted a time to curl with their children as a family,” says Kraeker. “We would like this league to support a day when everyone in the family puts down their electronics and gets out on the ice together to enjoy the fun of our sport. We are planning to have coaches on the ice to assist throughout the year in the program and ensure that newcomers learn to be comfortable on the ice, enjoy the game and come back.” Creative programming ideas, as well as nurturing local corporate sponsorships, are ways that clubs can keep their membership happy, engaged – and coming through the door. “At the start of the 2012-2013 year we were basically in trouble. The night of registration one of our long-standing Mixed Leagues collapsed because of low registration and other leagues lost members,” says Kraeker. “Starting this year, the Mixed League is once again open and full. In addition, all other evening leagues are full and some have byes for extra teams. Our daytime teams are doing well and we are also looking to start a new Monday Morning League and a Sunday Family League. We have been successful in improving our membership and full credit for this increase goes to the Carol Skinner Getting Started Program.” “We are very proud of what we have accomplished over the past two years and want to continue offering new and exciting ways to increase our numbers.” 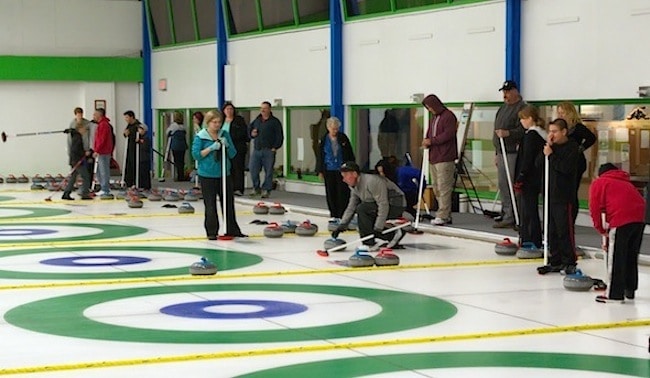