One of the most common traits you’ll find in junior curlers across Canada and even internationally is the fact that most of these athletes are not simply athletes, but student athletes. Excelling at an academic level, whether it’s high school or post secondary studies, is extremely difficult, as many current and past students will attest to. But attempting to succeed academically while dealing with the added pressures of training to excel in sport is not only time-consuming but also extremely challenging. I caught up with a household name in junior curling, Alberta’s Kelsey Rocque, to hear her perspective on being a student athlete. Kelsey is currently a third year Recreation and Sport Therapy student at the University of Alberta. Not only is she the 2014 Canadian and World Junior Champion, and 2013 and 2014 CIS Silver Medalist, but she’s also a 2014 CIS Academic All-Canadian. 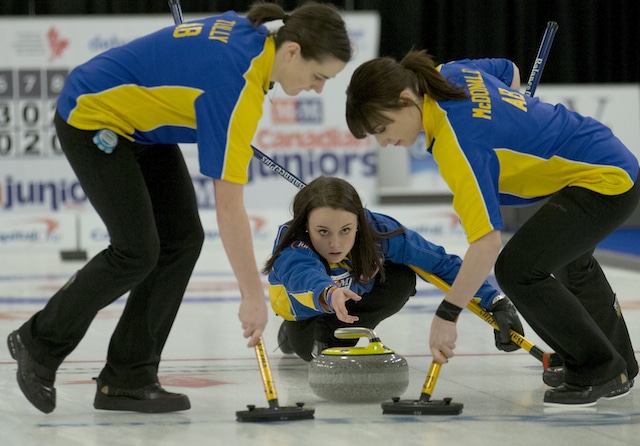 Kelsey Rocque: “I love the game and I want to excel in my studies too, and in order to do both I have to somehow find a way to make it work.” (CCA Photo)

Rocque is the definition of a junior curler who achieves academic and athletic success, although she will admit it’s certainly not easy. “The hardest part for me is definitely time management,” says Rocque. “I’ve had to make a lot of choices to miss going out with friends so I could stay up late studying for exams, or finishing up papers.” Studying between draws at a bonspiel, or during breaks in training at the Saville Centre, is something Rocque has become used to. “At the beginning of the semester and season I plan out a schedule for bonspiels, games, practices, and all my school due dates and midterms,” she says. “I set aside hours at a time in which I know I have free time that I can study for exams and finish other projects.” Rocque knows that striving for excellence in both athletics and academics is a huge trade-off. In fact, last year during her whirlwind season en route to becoming World Champion, she missed almost six weeks of school (in a row!) for curling. “Obviously last year was a little bit of a struggle,” she says. “I will be completely honest in saying that the two weeks before finals were crazy last April. I missed a lot of school and I don’t think my parents saw me for almost two weeks while I buried my nose in the library. Sometimes my parents or friends call what I do in school and curling ‘sacrifices’, but to me, it is completely a choice, not a sacrifice. I love the game and I want to excel in my studies too, and in order to do both I have to somehow find a way to make it work.” Although, being a student athlete is obviously a lot of extra work, Rocque explains that she wouldn’t have it any other way. “The best thing about being a student athlete is I get the best of both worlds. I can work towards a solid career for the future while still playing the game I love. I honestly don’t think I would do as well as I do in school if I did not have curling,” she says. “It’s an outlet and a stress reliever for me and a great way to get away from the crazy student life.” I think as young athletes, young professionals and even just young people, we can all learn a lot from Kelsey and her story. It’s people like Kelsey who show us all that being successful in academics and athletics is indeed possible, with enough dedication to both areas of your life. It’s people like Kelsey who show other young curlers that academics are cool and having good grades is even cooler. So, challenge yourself at your next spiel: crack open the books between draws. If Kelsey’s success on and off the ice is any indication, you absolutely will not regret it. 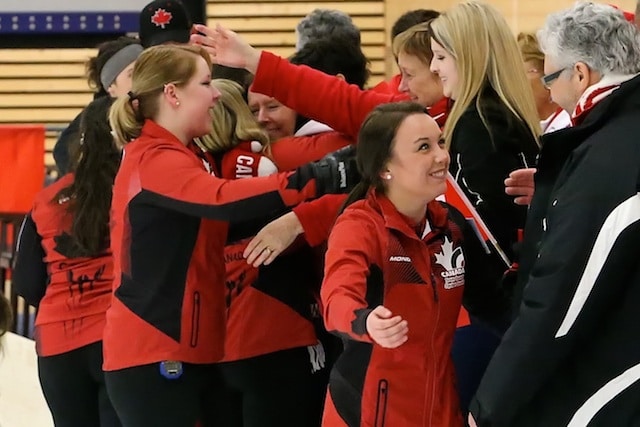