The Ford World Women’s Curling Championship is returning to Swift Current, Sask., it was announced jointly today by the Canadian Curling Association and World Curling Federation. 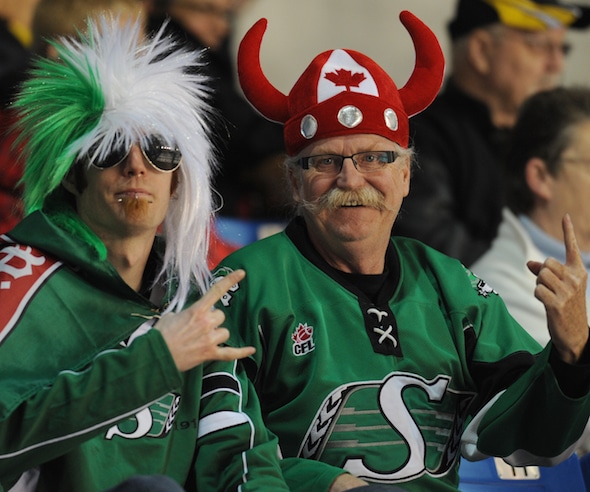 The 12-team competition, which is scheduled for March 19-27, 2016, was successfully staged at the Credit Union i-plex in 2010, and efforts to bring the championship back to southwestern Saskatchewan began soon after, leading to today’s announcement. “We are delighted to be returning to Swift Current for the 2016 Ford World Women’s Curling Championship after the city put on such a fantastic show back in 2010,” said World Curling Federation president Kate Caithness. “We are pleased to see the legacy of that event continue as Swift Current looks forward to welcoming the world’s best women’s curling teams back to Saskatchewan. The competition is set to be extremely exciting, with not only the Women’s World Championship title on offer but it is also the first of two World Championships, 2016 and 2017, where teams will be able to earn qualification points towards direct entry into the 2018 Pyeongchang Olympic Winter Games curling competition.” It will be the third time the World Women’s Championship has been played in Saskatchewan; in 1983 at Moose Jaw, Switzerland’s Erika Müller prevailed, while in the 2010 renewal at Swift Current, it was Germany’s Andrea Schöpp going home with gold from the i-plex, which will seat approximately 2,400 for the 2016 Ford Worlds.

The Credit Union i-plex will host the world’s best women’s curling teams in 2016.

“This is an exciting day for us, because we know how great a job Swift Current did in hosting the Ford Worlds in 2010, and we expect the same thing in 2016,” said Canadian Curling Association Chief Executive Officer Greg Stremlaw. “The Ford Worlds are one of the biggest events on the curling schedule, and we have a great deal of confidence that the championship will be in good hands in Swift Current.” “I am very pleased that my hometown has been selected to host the 2016 Ford World Women’s Curling Championship for a second time,” said Saskatchewan Premier Brad Wall. “Volunteers and curling fans from Swift Current and area put in many long hours to make the 2010 championship a resounding success. We are excited about the opportunity to once again showcase Saskatchewan on the international stage.” Swift Current has a population of approximately 17,700 and is home to the Western Hockey League’s Swift Current Broncos and Saskatchewan Major Baseball League’s Swift Current Indians. In addition to the 2010 Ford Worlds, it has also hosted several Canadian curling championships in the past, including the 1975 Canadian Senior Women’s, the 1982 Canadian Junior Men’s and the 1993 Canadian Mixed. “On behalf of City Council and our entire community, we are extremely honoured to be chosen to host the 2016 Ford World Women’s Curling Championship,” said Swift Current Mayor Jerrod Schafer.  “I was so proud of our communities’ efforts hosting in 2010, and once again those in our region and visitors from around the world will have the opportunity to enjoy the best women’s curling in the world right here in Southwest Saskatchewan. We look forward to a memorable week of world-class entertainment.” “Ever since the 2010 Ford Worlds, we’ve been eager to bring a major curling event back to Swift Current, and we’re thrilled that the WCF and CCA had confidence in us,” added Karen Biese, president of the Swift Current Curling Club. “We have a dedicated core of volunteers who are going to make this event memorable for spectators, officials and players.” The Ford Motor Company of Canada began its involvement as title sponsor of the world curling championships in 1995 in Brandon, Man. “The 2016 Ford World Women’s Curling Championship will be a part of our 22nd year as a proud partner of the Canadian Curling Association,” said Sarah Rae, Partnerships and Events Manager for Ford Motor Co. of Canada. “We are honoured to be title sponsor of this truly world-class event. On behalf of Ford, I want to thank the City of Swift Current, Saskatchewan, the host committee and all the volunteers who we know will make this event a great success.” 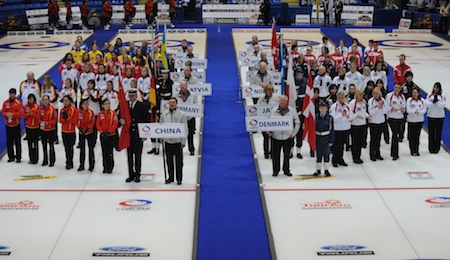 The format for the Ford World Women’s is a 12-team round robin, with the top four teams qualifying for the Page Playoff system, whereby the first- and second-place teams meet in the 1-2 game, with the winner advancing to the final. The loser goes to the semifinal to meet the winner of the 3-4 game in order to determine the other finalist. The bronze-medal game pairs the semifinal loser against the loser of the 3-4 game. The world women’s championship began in 1979 in Perth, Scotland, and was contested separately from the men’s championship through 1988. During that time, the women’s event was held twice in Canada, in 1983 in Moose Jaw and 1986 in Kelowna, B.C. In 1989, the championships were combined for the first time in Milwaukee, Wisc., and remained so through 2004. During that time, Canada first hosted the joint championships in 1991 in Winnipeg, followed by five Ford World Men’s and Women’s Curling Championships (Brandon, Man., 1995; Hamilton, 1996; Kamloops, B.C., 1998; Saint John, N.B., 1999 and Winnipeg, 2003). Beginning in 2005, when the men’s and women’s world championships were separated once again, the Canadian Curling Association agreed to alternately stage a men’s and women’s event in Canada each year. Since then, the Ford World Men’s has been held in Canada in Victoria (2005), Edmonton (2007), Moncton (2009), Regina (2011) and Victoria (2013), with the 2015 event set for March 28-April 5 in Halifax. The Ford World Women’s enjoyed tremendous success in 2006 in Grande Prairie, Alta., 2008 in Vernon, B.C., 2010 in Swift Current, 2012 in Lethbridge, Alta., and 2014 in Saint John, N.B. Canada has won a leading 15 women’s world titles since 1979, the most recent by Manitoba’s Jennifer Jones in 2008. “The World Curling Federation, Canadian Curling Association and our partner Ford of Canada would like to encourage curling fans from across the world to join us and witness some first-class curling in what will be one of the highlights of the 2016 curling season,” said Caithness.