With all of the talent in the Red Deer Curling Classic, the top 10 on the women’s Canadian Team Ranking System could look very different come Monday. 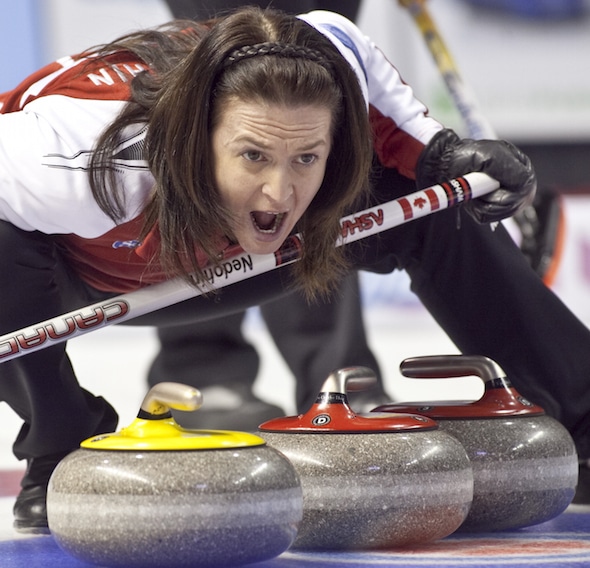 Heather Nedohin’s team from Sherwood Park, Alta., is looking to make a leap up the CTRS standings this weekend in Red Deer, Alta. (Photo, CCA/Andrew Klaver)

While about 40 points separates fifth place from 15th on the CTRS women’s standings, several of those teams will be in action on the weekend, as well as some top international talent. When all the dust settles, it’s likely that somebody will have jumped up, or dropped down a few spots. On the surface, it appears that Jill Thurston’s team has the most to gain. Thurston and her Winnipeg foursome (Brette Richards, Briane Meilleur and Blaine DeJager) have quietly worked themselves up to the fifth spot on the CTRS. Although her best finish was a finals loss to Jennifer Jones in the Canad Inn’s Women’s Classic in Portage la Prairie, Man., three other playoff appearances, have moved her within striking distance to some of the biggest names on the list. Thurston currently sits less than 20 points behind Ottawa’s Rachel Homan. With Homan also in action in Red Deer and plenty of points on the line, the playoff picture whether Thurston can stay close, or even potentially pass Homan. Other names in the field who can make a move include Edmonton’s Heather Nedohin (CTRS No. 8), Regina’s Michelle Englot (No. 9), and Edmonton’s Chelsea Carey (No. 12). All are within range to potentially make a big move up the list. Switzerland’s Alina Pätz is currently ranked 10th on the World Curling Tour Order of Merit, and is also taking part in the event. Meanwhile in Ontario, some of the eastern teams are trying to make some ground. Sherry Middaugh (Coldwater, Ont.) moved into second place on the CTRS last week, and would like to continue that trend. Winning the Dodd and South Gord Carroll Curling Classic in Whitby, Ont., would get her close, and perhaps even past Jones for the top spot, depending on the exact points awarded. Toronto’s Julie Hastings (CTRS No. 7) could also move up a few spots with a decent finish. All in all, there could be a lot of movement in the women’s top tier. The men’s weekend, however, has less shake-up potential. With a Grand Slam on the schedule next week in Sault Ste. Marie, most of the top teams are taking the weekend off. Of the top 10, only Toronto’s John Epping is in action, in Whitby’s Village of Taunton Mills Curling Classic.  Mark Kean (No. 13) is also in the field. Elsewhere… — Calgary’s Brock Virtue and Edmonton’s Brendan Bottcher headline the field in the men’s edition of the Red Deer Classic. The 32-team field is playing for a share of $41,000. Keep checking curling.ca for all of the scores from this weekend’s action.