The host province dominated the all-star team at the 2015 Canadian Mixed Curling Championship, it was announced on Saturday night on North Bay, Ont. 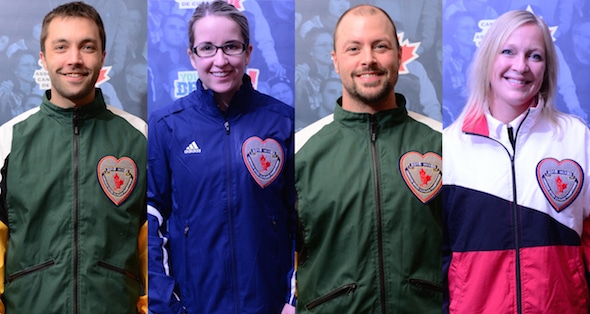 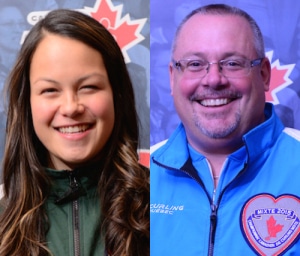 Sportsmanship award winners Oye-Sem Won Briand of Northern Ontario and Mike Kennedy of Quebec.Northern Ontario placed two players on the all-star team, which was based on round-robin shooting percentages during the championship.

Northern Ontario skip Colin Koivula finished the round robin at 83 per cent to top his position, and he was joined on the event Dream Team by second Chris Briand, who fired an 85 per cent during the round robin. Also named to the team was Team Ontario lead Jessica Barcauskas, who topped per position at 86 per cent. The lone player from outside the province was Nova Scotia vice-skip Christina Black, who finished the round robin at 85 per cent. Northern Ontario third Oye-Sem Won Briand and Quebec second Mike Kennedy won the Sportsmanship awards.