A good start for Team Canada turned into a great day as they emerged with a 7-2 lead after Day 1 of the 2015 World Financial Group Continental Cup of Curling presented by SecurTek Monitoring Solutions. 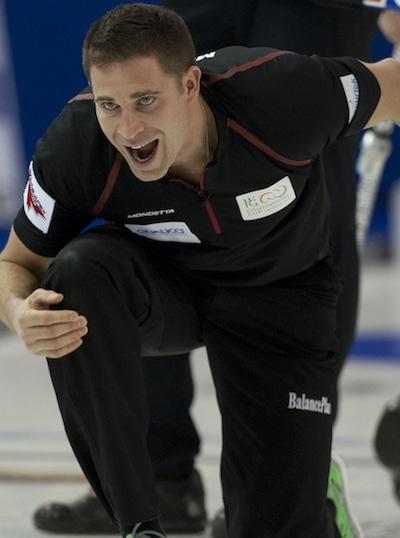 After winning two of the three morning team matches for a 2-1 lead, Canada stretched that to 4.5 to 1.5 in the afternoon mixed doubles and then took 2.5 of a possible three points in the evening team games. John Morris, third Pat Simmons, second Carter Rycroft and lead Nolan Thiessen took a 6-3 win over Thomas Ulsrud, and Mike McEwen, with third B.J. Neufeld, second Matt Wozniak and lead Ben Hebert, nipped David Murdoch 5-4 for Team Canada victories. Eve Muirhead of Scotland needed a last-rock measurement for a 4-4 tie with Olympic champion Jennifer Jones to give Team Europe its only half point of the evening. “It was an amazing day for Team Canada, a great way to start,” said Jones. The four days of competition sees curlers play regular team matches as well as mixed doubles, singles (skills) and the finale skins on Sunday. Teams earn one point for a win and half a point for a tie. There are a total of 60 points available and the first team to score 30.5 points wins. 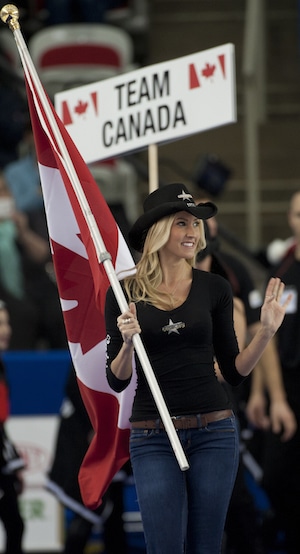 “We came out of the gate pretty strong,” said Morris, who scored deuces in the first and sixth ends to get his victory. “It’s going to come down to Sunday for the most part but if we can build a good lead it’ll be helpful going into the weekend.” While Morris cruised to his win, McEwen and Jones had to scramble for every point they could get. Jones got up 3-1 early but Muirhead refused to go away, counting one in the fourth, a steal in the fifth and then the final point in the eighth. “We fought hard for that half (point),” Muirhead said. “I know on the overhead it looked close but I was pretty sure we were shot and couldn’t really go wrong.” She tried an angled tap back with her final stone but couldn’t get second shot. “It’s one of those shots if you make it great but it’s not easy to pull off.” McEwen, one of the hottest teams on the circuit this year, had a back-and-fourth battle with Murdoch that saw both teams make a number of uncharacteristic misses that gave away points. “It was kind of a bit of, you have it, no you have it,” McEwen said of the game. “We kind of had them a couple of times, but Dave had some opportunities, too.” 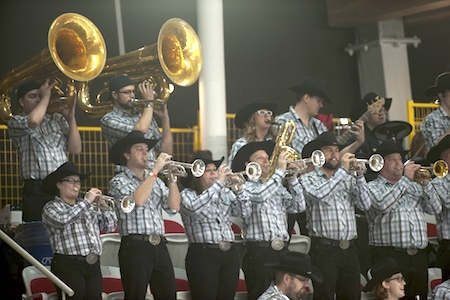 Murdoch had a chance to two and a tie with his last rock draw, needing only to touch the paint, but came up short of the house to let Canada take the full point. Friday’s action sees team matches at 8:30 a.m. and 6:30 p.m. and singles at 1:30 p.m. All times are Mountain. For ticket and other event information, visit www.curling.ca/2015continentalcup-en/ For the complete schedule, go to www.curling.ca/2015continentalcup-en/draw-schedule/ TSN (RDS2 in French), the exclusive television network for the CCA’s Season of Champions, will provide complete coverage of the WFG Continental Cup.