CORNER BROOK, N.L. — One of the most talent-laden and experienced fields in the history of the event will open play Saturday in Corner Brook, N.L., in the 2015 M&M Meat Shops Canadian Junior Men’s and Women’s Curling Championships. 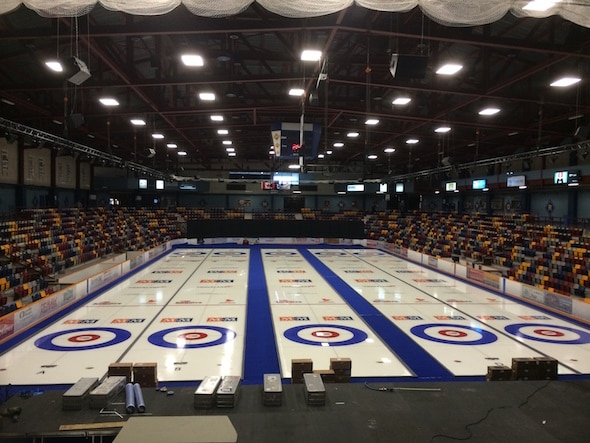 Both defending champion skips will be in the field (2014 world junior women’s champion Kelsey Rocque of Edmonton, with new teammates; Winnipeg’s Braden Calvert with the same team he had for last year’s victory in Liverpool, N.S.), as will the entire team that captured the 2013 Canadian junior women’s title in Fort McMurray, Alta. — Corryn Brown’s team from Kamloops B.C. In addition to the defending champion skips, two medal-winning teams from last year’s event are back in the field. On the men’s side, New Brunswick’s Rene Comeau is back (as is his lead, Ryan Freeze) in hopes of improving on the silver medal he won a year ago, while on the women’s side, rising star Mary Fay, 16, and full Nova Scotia team from last year is back after winning bronze in their home province last year. Round-robin games will take place at both the Corner Brook Civic Centre and the Corner Brook Curling Club. Once the top three teams for each gender have been determined, all playoff games will be played at the Civic Centre. The men’s and women’s playoffs will be televised by the TSN network as well as RDS2 (French). The women’s semifinal is scheduled for Saturday, Jan. 31, at 1:30 p.m. NST/noon EST, with the gold-medal game at 8 p.m. NST/6:30 p.m. EST. The men’s semifinal is Sunday, Feb. 1 at 1:30 p.m. NST/noon EST, followed by the gold medal game at 8 p.m. NST/6:30 p.m. EST. The competition format involves all 14 Member Associations of the Canadian Curling Association (10 provinces, plus Northern Ontario, Northwest Territories, Nunavut and Yukon). The teams have been seeded, based on results from the 2014 M&M Meat Shops Canadian Juniors in Liverpool, N.S., into two seven-team pools for each gender and will first play a six-game round robin within each pool from Saturday through Tuesday. The top three teams in each pool, plus two teams with the next best won-lost records, then advance to the Championship Round for a further four-game partial round robin from Wednesday through Friday, with their earlier records carried forward. Upon completion of the Championship Round, the top team of each gender advances to its respective final, while the second- and third-place finishers meet in a semifinal to determine the other finalist. Meanwhile, the six teams of each gender that don’t qualify for the Championship Round meet in a Seeding Round to determine ranking for the 2016 Canadian Juniors in Stratford, Ont. All members of the non-playoff teams will then compete in a Mixed Doubles competition on Saturday and Sunday. Newfoundland and Labrador teams have won twice at the M&M Meat Shops Canadian Juniors; Brad Gushue captured the 2001 men’s championship at St. Catharines, Ont., while Stacie Devereaux prevailed in 2007, again in St. Catharines. It will be the fourth time Newfoundland and Labrador has hosted the Canadian Juniors — Alberta’s Brian Howes won the men’s title in 1966 at St. John’s; Saskatchewan’s Patricia Crimp won the women’s title in 1975 at Grand Falls; and Kevin Martin won the men’s title in 1985 at St. John’s. The Canadian junior men’s curling championship began in 1950 in Quebec City. Alberta has won a leading 16 Canadian junior men’s titles. Saskatchewan leads with 11 women’s titles since the inaugural event in 1971 in Vancouver. The men’s and women’s championships were contested in different cities until being combined, beginning in 1987 in Prince Albert, Sask. This marks the 10th year of title sponsorship by M&M Meat Shops, Canada’s leading retail chain of specialty frozen foods, since beginning its association in 2006 in Thunder Bay. The men’s and women’s champs in Corner Brook will don Maple Leaf jackets at the 2015 World Junior Championships, Feb. 28-March 8 in Tallinn, Estonia. Canada has won a leading 17 world junior men’s titles since 1975 and nine women’s crowns (tied for the lead with Scotland) since 1988. The last Canadian teams to win world junior titles were skipped by Rocque last year in Flims, Switzerland, and by Alberta’s Brendan Bottcher in 2012 in Östersund, Sweden. The event media guide is available in a downloadable zip file by clicking here. For the team rosters, click here.