MOOSE JAW, Sask. — Rachel Homan’s Ottawa team will take aim at a Scotties Tournament of Hearts threepeat when the Canadian Women’s Curling Championship kicks off on Saturday at Mosaic Place. 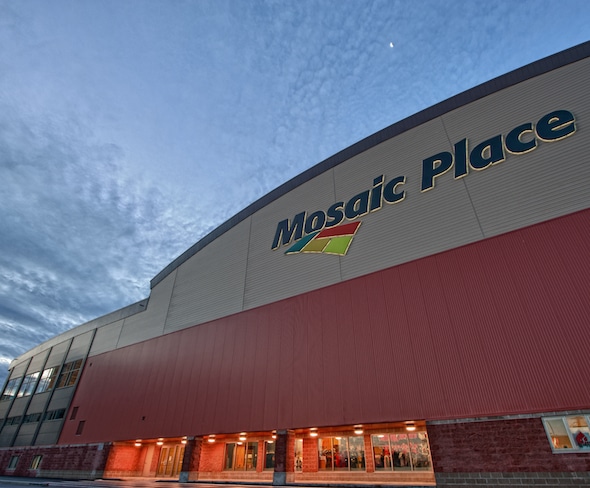 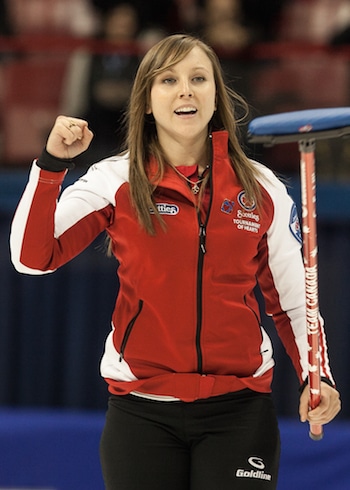 Rachel Homan and her team from Ottawa is looking to win its third straight Scotties title. (Photo, CCA/Andrew Klaver)

Not only is Jennifer Jones on hand, hoping to win her fifth Scotties title, but so is Alberta’s Val Sweeting, who lost to Homan in last year’s Scotties final in Montreal and then beat Homan in the 2014 Home Hardware Canada final earlier this season. Homan’s team underwent a significant offseason lineup change, as second Alison Kreviazuk moved to Sweden and was replaced by Joanne Courtney, who was recruited from Team Sweeting to join third Emma Miskew and lead Lisa Weagle. Sweeting’s team eventually found a replacement in Lori Olson-Johns, who has fit in smoothly alongside second Dana Ferguson and lead Rachelle Brown. The Jones team, meanwhile, has the same lineup that captured gold at the 2014 Winter Olympics in Sochi — third Kaitlyn Lawes, second Jill Officer and lead Dawn McEwen. While Team Canada, Manitoba and Alberta figure to be the pre-event favourites, they’re hardly a sure thing. Veteran skips such as Saskatchewan’s Stefanie Lawton, Prince Edward Island’s Suzanne Birt, Newfoundland/Labrador’s Heather Strong and Nova Scotia’s Mary-Anne Arsenault will provide numerous stiff tests along the way. That quartet has 33 combined Scotties appearances coming into the 2015 championship. 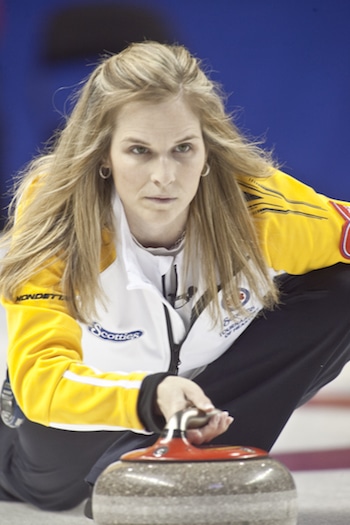 The top four teams will make the Page playoff round, which sees the first- and second-place teams playing for a berth in the final, which is scheduled for Sunday, Feb. 22 at 7 p.m. (all times Central). The third- and fourth-place teams will also meet, with the winner moving onto the semifinal on Feb. 21 at 3 p.m.. The loser of the three-four game will play the semifinal loser in the bronze-medal game on Feb. 22 at 2 p.m. TSN/RDS2, the official broadcaster of the CCA’s Season of Champions, will provide extensive coverage of the 2015 Scotties Tournament of Hearts, with 66 hours of live broadcasts scheduled. The winner of the 2015 Scotties Tournament of Hearts will represent Canada at the Zen-Noh World Women’s Curling Championship, presented by Ford of Canada, March 14 to 22 in Sapporo, Japan, in addition to qualifying for the 2015 Home Hardware Canada Cup in Grande Prairie, Alta., the 2016 World Financial Group Continental Cup in Las Vegas and the 2016 Scotties Tournament of Hearts in Grande Prairie, Alta. The 2015 Scotties marks the 34th year of Kruger Products Limited’s sponsorship of the Canadian women’s championship. To access the media guide for the 2015 Scotties, click here. For ticket information, go to: https://www.curling.ca/2015scotties-en/tickets/. For schedule information, go to: https://www.curling.ca/2015scotties-en/draw-schedule/