Kerry Galusha of Northwest Territories counted five – count ’em up – in the seventh end against Sarah Koltun, and then needed an extra end to defeat a feisty Yukon team 11-10. 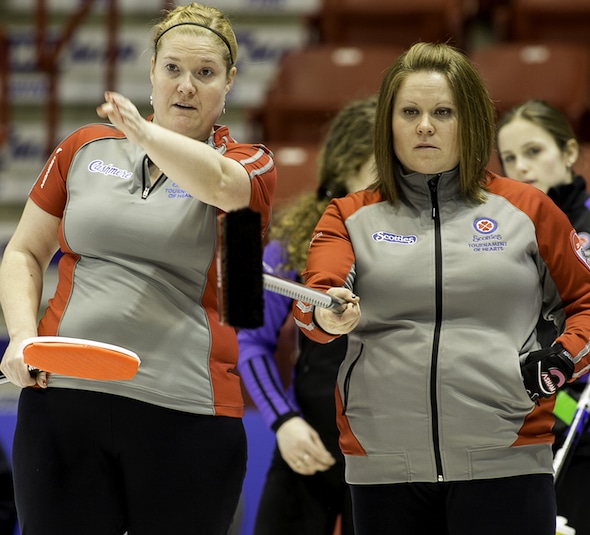 Koltun and her never-say-die team scored four in the 10th to send the game to an extra end. With the win, Galusha advances to the final of the pre-qualifying round at the Scotties Tournament Hearts. The Territories will face Tracy Horgan of Northern Ontario at 2 p.m. on Saturday. Horgan defeated Koltun 7-5 Friday morning to earn her spot in the final with a 2-0 record. 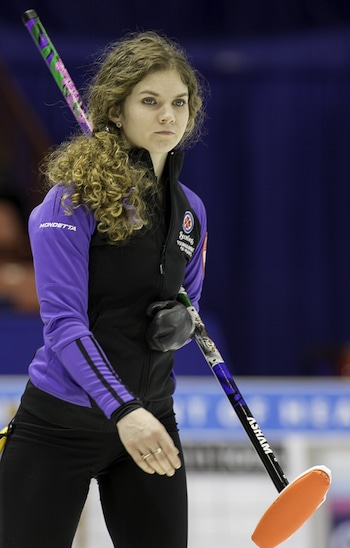 Against Galusha, Koltun scored two in the fifth and stole one in the sixth to go up 5-3. Then she got herself into a whole pile of trouble in the seventh, mostly because she couldn’t get at three yellow stones sitting in a cluster in the back 12-foot. When the 21-year-old skip settled into the hack for her first rock, she was looking at four Galusha counters. When she went to throw her final stone, the number had grown to five. Despite a nice hit and roll, Koltun left Galusha a raise takeout for five. Galusha nailed it to go up 8-3. Game over, right? Leading 10-6 coming home, Galusha was on cruise control. That changed with a couple of open misses. Koltun had to draw the rings for the tie. That shot turned into a bit of an adventure when the crowd seemingly willed the rock to stop in the back 12-foot to tie the game 10-10. Galusha won the game with a takeout on the 11th end. “What can I say?” Galusha said. “I felt like we controlled the first half of the game and the momentum shifted in the middle ends, and then we got that big five.” After the 10th end, the team took a deep breath before starting the 11th. “We said we have hammer. It was a crappy end; let’s move on, we’re right where we want to be. It’s a big relief. Our goal was to get to the final tomorrow.” Koltun was proud of the way her team battled back. “At the end of our little team meeting at the end of the ninth end, the other team was already celebrating and I said, ‘We just have to get four.’ And they giggled and it kind of lightened the mood. And that’s what it did. I am proud of them. They played well.” For ticket and other event information, visit https://www.curling.ca/2015scotties-en/ For the complete schedule, go to https://www.curling.ca/2015scotties-en/draw-schedule/ TSN (RDS2 in French), the exclusive television network for the CCA’s Season of Champions, will provide complete coverage of the 2015 Scotties Tournament of Hearts. This story will be posted in French as soon as possible at https://www.curling.ca/2015scotties-fr/