It wasn’t the colour they were seeking when they arrived in Moose Jaw, but a Scotties Tournament of Hearts bronze medal provided some consolation on Sunday at Mosaic Place for Rachel Homan and Team Canada. 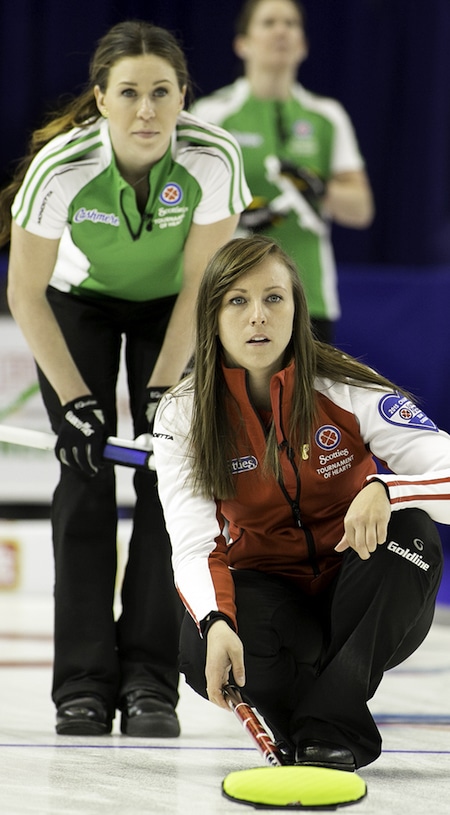 The two-time defending Canadian women’s curling champions from Ottawa, whose shot at a three-peat was derailed on Saturday after a loss to Saskatchewan’s Stefanie Lawton, got a measure of revenge a day later, beating Lawton’s Saskatoon foursome 7-5 in the bronze-medal showdown. The victory was worth more than just the hardware draped around the necks of Homan, vice-skip Emma Miskew, second Joanne Courtney, lead Lisa Weagle, alternate Cheryl Kreviazuk and coach Richard Hart. The team also earned a $12,000 paycheque and 30 valuable Canadian Team Ranking System points, a main deciding factor to determine the field for the 2017 Tim Hortons Roar of the Rings Canadian Curling Trials. “It’s not an easy game to get up for, but it is the bronze medal and it’s the same format as the Olympics.,” noted Homan. “It’s a great preparation for us Canadian teams to try to get a medal at the Olympics. And it’s great for fans, who get to come out and watch another game. It also means a lot to us in the CTRS standings, so it was great for us to win that game. I think we proved this week that we’re on the right track (after picking up a new second and changing coaches in the offseason), and winning that bronze was really special for us.” Saskatchewan had last rock to open the game, but by the fourth end that advantage had been nullified. Saskatchewan was held to one in the first; Homan drew for a deuce in the second end when Lawton’s last-rock runback double jammed; Saskatchewan was forced to another single in the third; and Homan made another draw for two in the fourth to take a 4-2 lead. Another Saskatchewan single, in the fifth, and another Homan draw for two, in the seventh, and the game was all but over. Lawton would make a clutch draw to bite the button in the eighth end, looking at four Team Canada counters, and then stole a point in the ninth to cut the lead to one when Homan’s last-rock runback jammed. But Homan coolly made her final draw, needing only full eight-foot, to nail down the victory. “It wasn’t the game we wanted out there; the girls played hard, but I just wish I had started a little stronger,” said Lawton, whose team was rounded out by third Sherry Anderson, second Stephanie Schmidt, lead Marliese Kasner, alternate Lana Vey and coach Rick Folk. “But it was a hard-fought hard game and I’m very proud of the girls for that. We’ve been fourth for four years. I think we would have loved to win a medal. Winning a medal is an incredible feat and definitely the bronze means a lot to us, too.” The Saskatchewan team took home $7,000 and 20 CTRS points. Homan didn’t hold back when talking about her time in Moose Jaw. 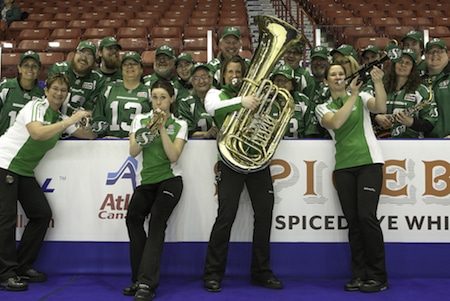 “Oh, it was unbelievable,” she said. “The stands were packed, the fans were energetic, they were amazing, and the volunteers helped us with anything we needed. It was just amazing to be here.” The gold-medal game between Manitoba’s Jennifer Jones and Alberta’s Val Sweeting is scheduled for 7 p.m. Central on TSN. The winner will represent Canada at the Zen-Noh World Women’s Curling Championship, presented by Ford of Canada, March 14 to 22 in Sapporo, Japan, in addition to qualifying for the 2015 Home Hardware Canada Cup in Grande Prairie, Alta., the 2016 World Financial Group Continental Cup in Las Vegas and the 2016 Scotties Tournament of Hearts in Grande Prairie, Alta. For event information, visit https://www.curling.ca/2015scotties-en/ For the complete schedule, go to https://www.curling.ca/2015scotties-en/draw-schedule/ TSN (RDS2 in French), the exclusive television network for the CCA’s Season of Champions, will provide complete coverage of the 2015 Scotties Tournament of Hearts. This story will be posted in French as soon as possible at https://www.curling.ca/2015scotties-fr