SAPPORO, Japan — Jennifer Jones and her Winnipeg team felt extremely comfortable on the ice Tuesday afternoon, and the U.S. team paid the price at the 2015 ZEN-NOH World Women’s Curling Championship, presented by Ford of Canada. 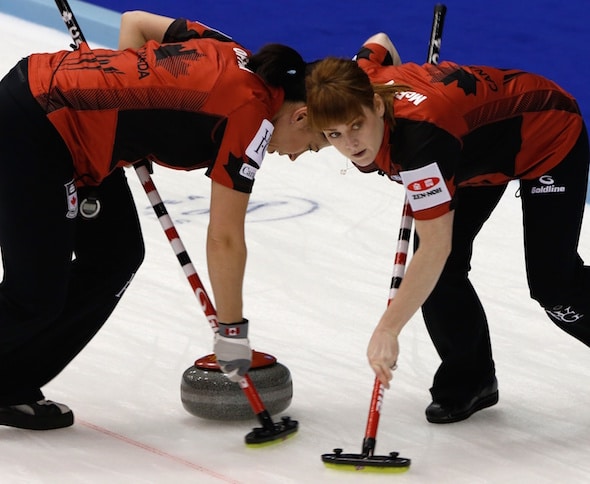 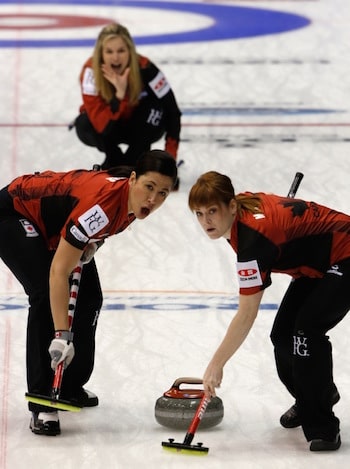 “Our goal was to really feel comfortable with the ice at this point in the week, and I think that was our best game in terms of comfort,” said Jones. “I felt we made a lot of big draws, and we knew exactly where our draws were going to end up. We love this ice, and that’s where we want to be right now. Hopefully we’ll carry that forward.” The struggling U.S. team — 1-6 after the loss — changed its lineup before the game, benching skip Aileen Sormunen and handing those duties to Monica Walker. Canada, though, would take control early, getting a deuce in the first end, forcing the U.S. to one in the second and scoring a crushing three in the fourth. There was an exceedingly rare tied-rock measurement in the fifth end that resulted in a blank end, and after Walker rolled out on a hit for two and settled for one in the sixth Canada put it away with a deuce in the seventh and a steal of three in the eighth that prompted handshakes. “That’s essentially what we’re trying to do in every game, go out and make our shots, and I think we did that pretty well today, but we continually have to find ways to improve,” said Officer. “I think we were aware that we needed to keep our focus and not let up (after impressive wins over previously unbeaten China and Russia on Monday), and I think that was really important that we did that today.” Canada is back on the ice later Tuesday against Denmark’s Lene Neilsen (6 a.m. ET), with a showdown against the Swiss looming for Wednesday (6 a.m. ET). “I don’t look too much at games ahead of us, but the coaches are definitely trying to scout the teams that we still have to play; especially the teams that are up in the standings, so I’m sure we’ll have a good scouting report by the time we play them,” said Jones. “But at the end of the day, we just know we have to play our best to beat them, like any team here. Comfort with the ice is the biggest thing.” Here is the remainder of Canada’s round-robin schedule, with the broadcast plans (all times ET; all games live on TSN network unless otherwise noted): March 17 — vs. Denmark (Lene Nielsen), 6 a.m. March 17 — vs. Norway (Kristin Moen Skaslien), 8 p.m. (TSN1/4) March 18 — vs. Switzerland (Alina Pätz), 6 a.m. March 18 — vs. Germany (Daniela Driendl), 8 p.m. (TSN1) March 19 — vs. Japan (Ayumi Ogasawara), 1 a.m. For Team Canada updates, go to www.curling.ca. Follow us on Twitter, @curlingcanada. For live scoring, standings and team lineups from the 2015 ZEN-NOH World Women’s Curling Championship, presented by Ford of Canada, go to: https://wwcc2015.curlingevents.com The French version of this story will be posted as soon as possible at https://www.curling.ca/?lang=fr