Three Canadian curling teams will be looking to add to our country’s 2014-15 international medal haul beginning Saturday when the 2015 World Senior Men’s, Senior Women’s and Mixed Doubles Championships get underway in Sochi, Russia. 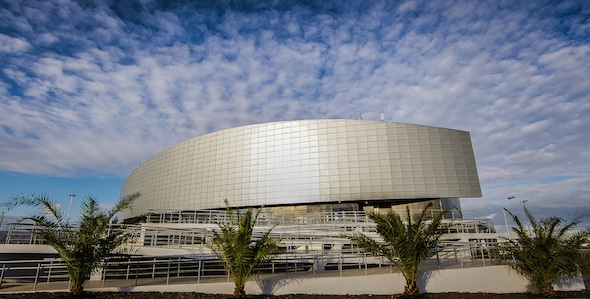 The Canadian teams will be looking to extend one streak and end another in the season’s final international championship event. On the seniors side, Alan O’Leary’s men’s team from Halifax and Lois Fowler’s women’s team from Brandon, Man., will be attempting to give Canada men’s and women’s medals for the 10th consecutive year. 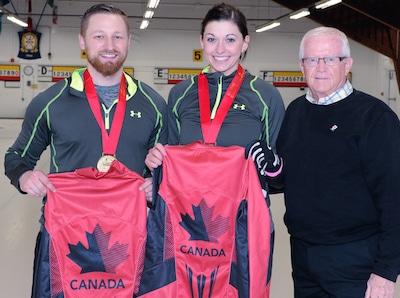 Meanwhile, the Calgary-based duo of Charley Thomas and Kalynn Park are trying to put Canada on the mixed doubles podium for the first time since 2008. Thomas — a two-time world junior men’s champ (2006, 2007) — and Park will face a stiff test to open the championship, which will be played at the same Ice Cube Curling Center facility that saw Canada sweep gold in the 2014 Winter Olympic and Paralympic curling competitions. Thomas and Park, with Jim Waite alongside as coach, will take on 2013 World Mixed Doubles champs Zsolt Kiss and Dorothy Palancsa of Hungary on Saturday at 4 p.m. local time, 9 a.m. ET — a game that will be streamed live on the event website, wmdcc2015.curlingevents.com/. Only one Canadian team —  Sean Grassie and Allison Nimik — has reached the podium at the World Mixed Doubles as they won bronze in 2009 at Cortina d’Ampezzo, Italy. 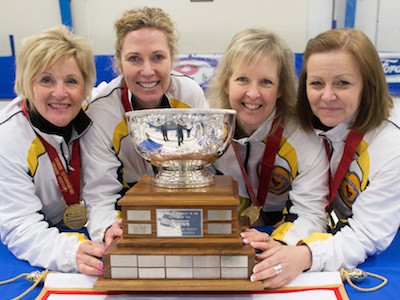 It will be the final World Mixed Doubles Championship before the International Olympic Committee meets in Lausanne, Switzerland, in June, where the IOC Program Commission is expected to vote on whether or not to add the mixed doubles discipline as a medal sport in time for the 2018 Winter Olympics in Pyeongchang, South Korea. Since the World Mixed Doubles Championship made its debut in 2008 in Vierumäki, Finland, Swiss teams have won five of the seven gold medals, including last year’s victory in Dumfries, Scotland, by cousins Michelle and Redo Gribi. Last year’s event also saw Spain’s Irantzu Garcia and Sergio Vez win bronze, marking the first world championship medal of any colour by their country. The Canadian entry of Kim and Wayne Tuck went 7-1 in round-robin play but was knocked out in the first round of the playoffs. Selected games from the World Mixed Doubles Championship will be streamed live online. Go to the event website, https://wmdcc2015.curlingevents.com/, to see the games and broadcast schedule. In addition to the opener against Hungary, Canada’s games against Spain (Monday, April 20, 5:30 a.m. ET) and Scotland (Tuesday, April 21, 7:30 a.m. ET) also will be televised. The World Seniors competition, meanwhile, will be staged at the same arena that housed the figure skating training facility during the 2014 Winter Olympics — just a few steps away from the Ice Cube. Fowler’s team — third Maureen Bonar, second Cathy Gauthier and lead Allyson Stewart, along with coach Bill Tschirhart — will look to get to the top step of the podium after Colleen Pinkney’s Canadian team took its only loss of the 2014 World Seniors in Dumfries in the gold-medal game against the host Scots, who stole two in the eighth end for the victory. Prior to that, Canadian women’s teams had won six straight gold medals. 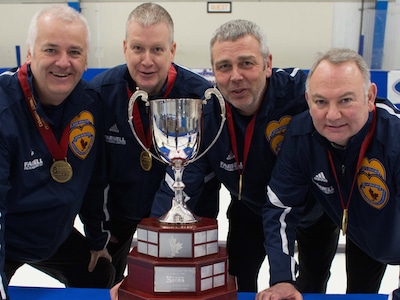 Meanwhile, the O’Leary team — third Andrew Dauphinee, second Danny Christianson, lead Harold McCarthy and Tschirhart as the coach — has its sights set on winning Canada’s third straight gold, following the successes of Wayne Tallon last year in Dumfries and Rob Armitage in 2013 at Fredericton, N.B. At the World Seniors, Canadian teams have enjoyed great success since the first edition in 2002 at Bismarck, N.D. On the men’s side, Canadian teams have been in all 13 gold-medal games, winning nine of them: Tom Reed in 2003 at Winnipeg; Bas Buckle in 2004 at Gävle, Sweden, and again a year later at Howwood, Scotland; Les Rogers in 2006 at Copenhagen, Denmark; Pat Ryan in 2008 at Vierumäki; Eugene Hritzuk in 2009 at Dunedin, New Zealand; Mark Johnson in 2011 at St. Paul, Minn.; Armitage in 2013 and Tallon last year. Canadian senior women’s teams also have collected nine gold medals — Anne Dunn in 2002 at Bismarck and 2004 at Gävle; Nancy Kerr in 2003 at Winnipeg; Diane Foster in 2008 at Vierumäki; Pat Sanders in 2009 at Dunedin; Pinkney in  2010 at Chelyabinsk, Russia; Christine Jurgenson in 2011 at St. Paul; Heidi Hanlon in 2012 at Tårnby, Denmark;  and Cathy King in 2013 at Fredericton. The round-robin draws for the World Seniors and Mixed Doubles will run through to April 23 before the playoffs get underway. There are 24 senior men’s teams, split into three eight-team pools; 13 senior women’s teams, split into two pools (one seven-team pool, one six-team pool); and 30 mixed doubles teams split into three pools of 10. On April 24, the senior men’s and women’s gold-medal and bronze-medal games are scheduled for 6 a.m. Eastern, with the mixed doubles gold-medal and bronze-medal games at 8:30 a.m. Eastern. For live scores and standings from the World Mixed Doubles Championship, go to: www.wmdcc2015.curlingevents.com/. For live scores and standings from the World Seniors Championship, go to: wscc2015.curlingevents.com/.