Lois Fowler and her Manitoba team continue to dominate the opposition at the World Senior Curling Championships in Sochi, Russia, stealing their way to a 10-2 victory over England on Tuesday morning. 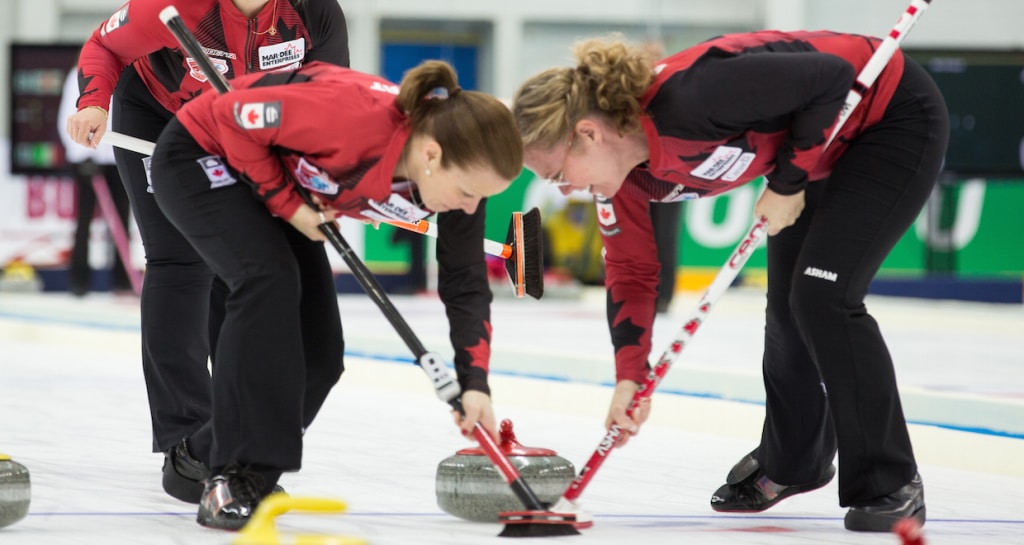 Fowler and her team from Brandon, Man., which includes third Maureen Bonar, second Cathy Gauthier and lead Allyson Stewart, with coaches Brian Fowler and Bill Tschirhart, stole the first end and were never in trouble. A score of four points in the sixth end put the game out of reach and keep a three-game winning streak alive. On the men’s side, Alan O’Leary and his team of third Andrew Dauphinee, second Danny Christianson, lead Harold McCarthy and coach Bill Tschirhart needed an extra end in a tough battle against Ireland’s Bill Gray to win by a score of 6-5. O’Leary started strong with a deuce in the first, but a steal of two by Ireland in the third meant the Canadians had to chase. A steal in seven put Canada ahead by one, but Ireland tied it up to force the extra end. With hammer, O’Leary scored his single for the 6-5 win. On Wednesday, Fowler will play the USA’s Norma O’Leary, while the men face off against Scotland’s Gordon Muirhead, both games at 1 a.m. ET. The round-robin draws for the World Seniors will run through to April 23 before the playoffs get underway. There are 24 senior men’s teams, split into three eight-team pools (one nine-team pool, two eight-team pools) and 13 senior women’s teams, split into two pools (one seven-team pool, one six-team pool). On April 24, the senior men’s and women’s gold-medal and bronze-medal games are scheduled for 6 a.m. Eastern. For live scores and standings from the World Seniors Championship, go to: wscc2015.curlingevents.com/.