Quebec through to the final

Quebec is through to the final of the 2015 Canadian Wheelchair Curling Championship after defeating Manitoba in the Page Playoff 1-2 game at the Centre Gilles Chabot in Boucherville, Que., on Saturday afternoon. 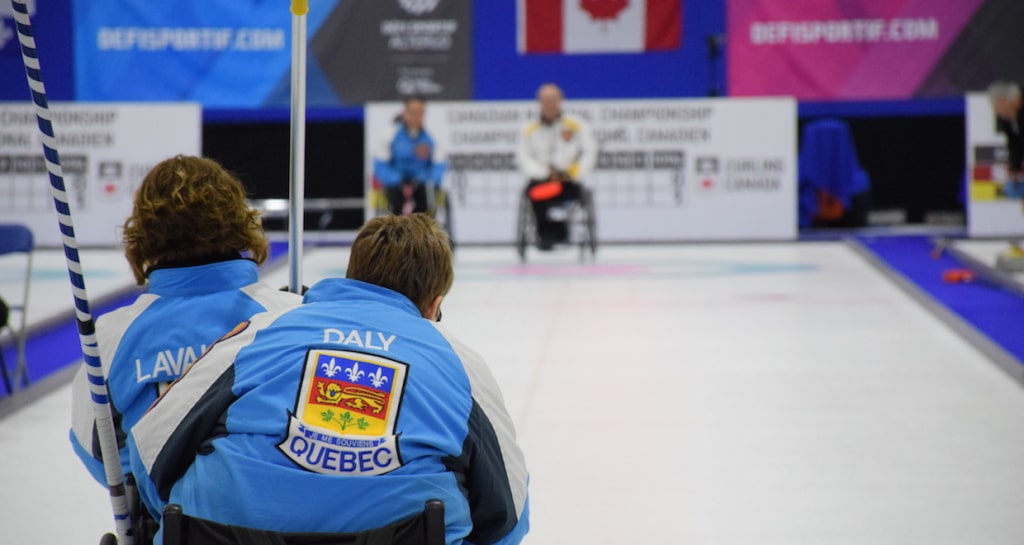 With the 10-3 victory, Quebec skip Benoit Lessard and his team of Carl Marquis, Johanne Daly, Christine Lavallée and coach Germain Tremblay will return to the championship final with the hope of reclaiming the title they won in 2013. Manitoba’s Dennis Thiessen, the 2014 Canadian champion and gold medallist at the 2014 Paralympics in Sochi, just couldn’t find a way to overcome the consistent shooting of the Quebec foursome. For Thiessen and his team of Mark Wherrett, Jamie Anseeuw, Melissa Lecuyer and coach Tom Wherrett, it was the second straight loss to Quebec in this championship. Quebec scored three in the first end and widened the gap in the fifth when Thiessen’s take-out attempt rolled out, leaving Lessard a draw for three to go ahead 7-3. In the sixth end, Quebec scored another three, and with the score 10-3, Manitoba conceded. On Sunday morning, Manitoba gets a second chance, meeting BC’s Gerry Austgarden in the semifinal. BC earned their spot in the semifinal after defeating Saskatchewan’s Darwin Bender in an exciting, extra-end Page Playoff 3-4 game on Saturday night. BC led 7-2 after six ends, but Saskatchewan clawed their way back to tie it up 7-7 in the eighth on a measure. In the extra end, facing three Saskatchewan counters, Austgarden threw a perfect hit-and-stay for the 8-7 win. 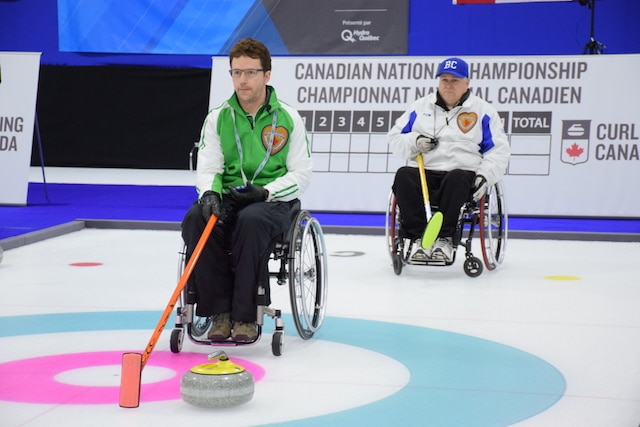 Earlier in the day, Bender defeated Ontario’s Chris Rees 10-4 in a tie-breaker to earn his spot in the Page Playoff 3-4 game. The semifinal takes place on Sunday morning at 9:30 a.m. ET, with the gold medal game, featuring Quebec and the semifinal winner, on Sunday afternoon at 2:30 p.m. ET For scores and standings, visit Curling Canada’s live scoring at https://www.curling.ca/scoreboard/#/competitions/1654-2015-canadian-wheelchair-curling-championship/scoreboard For results and team information, visit the event website at https://www.curling.ca/2015wheelchair/