Like many curlers, Ottawa’s Marc Bourguignon got involved in kids’ curling when his own children started in the Little Rock program at his home club, the RCMP. And as he watched his kids’ progress, an idea started to take shape. 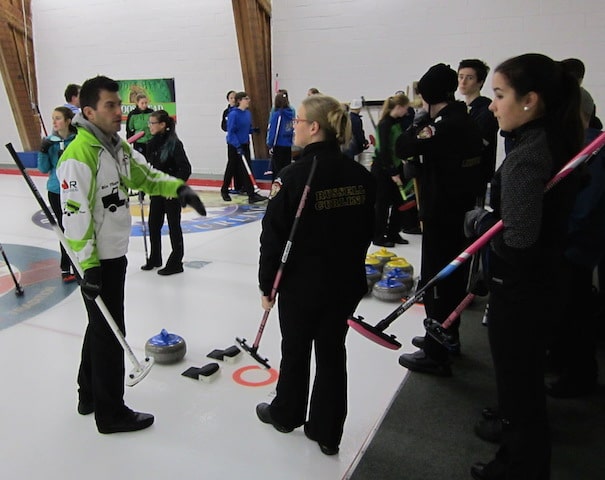 “The idea of an under-18 league was brought up many times in the past at my club,” says Bourguignon, who volunteers and coaches in the youth program. “It really kicked off in April 2014 at the RCMP Curling Club annual Bantam Easter Spiel when I met James Sutherland from the Manotick Curling Club.” Sutherland had been thinking about creating a youth league in Ottawa, and the two men starting talking. In short order, they had arranged with the RCMP Curling Club for four sheets of ice dedicated to a new Sunday league for youth curlers. The first open meeting was held late in the Spring of 2014, just to see if there was enough interest to go forward, and Bourguignon says the response from parents and coaches was “overwhelming.” Of course the organizers quickly recognized that they needed more than just four sheets of ice and expressions of interest, no matter how enthusiastic. They reached out to the Ottawa curling community, adding the Russell Curling Club and Ottawa Curling Club as partners. They also enlisted the aid of Joe Pavia, of Hogline Curling fame, to join as the main sponsor. “Joe was instrumental in helping us get the message out and promoting the league,” says Bourguignon. Pavia had long been advocating the need for more opportunities for young curlers in the Ottawa area, and had expressed his views in the Ottawa Sun, where he’s the curling columnist. “A number of years ago I wrote a column castigating curling for not offering a league where kids can curl without getting over-competitive and with no adults involved,” he says. “A league where they can just have fun.” In other words, exactly what Bourguignon and Sutherland had in mind. “When Marc took the bull by the horns and formed the league, I jumped on board,” says Pavia, who persuaded “famous local curlers” like Craig Savill, Lee Merklinger, Rachel Homan and Emma Miskew to get involved as well. Skills clinics during the season allow the kids to interact – and learn from – these local curling heroes. And there were other fun events this season, such as an inter-provincial challenge involving a trip to Montréal to play against teams from Québec.

“The OYCL runs like any adult curling league would run,” says Bourguignon. Teams register in one of the divisions and play several sessions in a round-robin format, moving up and down in the standings. The curlers play about 20 games during the season from October to March. The goal is to provide an additional curling experience, but not to replace junior programs already in place at clubs around the region. And with the first season of the OYCL in the books, Bourguignon is already looking ahead. Finding available ice on Sundays is always a challenge, he says, as is dealing with the inevitable conflicts with clubs’ own junior programs. But the organizing committee is coordinating with clubs to make it work, and based on registrations for the 2015-2016 season, no one is complaining. “As soon as the league was over, we had current and new teams already registering for next season,” he says. “We currently have 20 teams next season, allowing us to expand to three or four divisions (including a new Team Homan division). We are also working with other clubs in the city to host games as we deal with expansion.” The first season of the OYCL wrapped up at a closing event held at the RCMP Curling Club, with four finals, followed by the presentation of prizes, lunch and some entertainment. Curlers Savill and Merklinger took part, presenting the trophies to the winning teams in the divisions bearing their names. 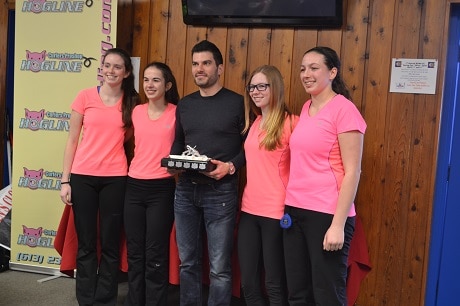 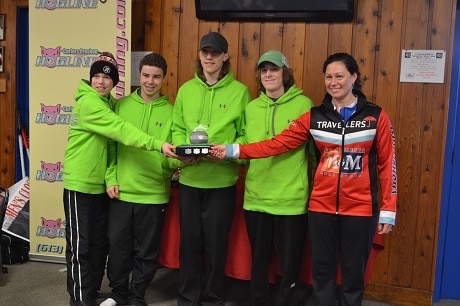 “Honestly, I wish that there had been a league like this when I was a kid,” says Merklinger. “It is a great way to make curling more social and give youth and their coaches the opportunity to improve their skills and learn more about the sport.” “Regardless of whether or not these kids choose to pursue curling or other dreams in life, the OYCL is providing them with community connectedness, peer support, physical activity and fun,” she says. Parent Leslie Ashton says it was gratifying to see how much her two daughters benefitted from the opportunity to play a weekly game against a variety of opponents. “It was terrific to witness firsthand the calibre of curling improving throughout the year,” says Ashton. “Skill on the ice improved, but so did the speed of play and overall important curling etiquette.” And the kids weren’t the only ones who enjoyed the season, she says. “It was simply a lot of fun, and an overall great opportunity to meet so many families from the area from all the different clubs – individuals we were previously used to seeing only at spiels, but not really connecting with or socializing with before now,” she says. “Dreams start young,” says Merklinger, who emphasizes that Bourguignon, Pavia and the other organizers deserve “mucho respect” for the hours of effort they’ve put into getting this league up and running. “I was one of those kids once. Who knows, the next Olympic gold medallist could be in the Ottawa Youth Curling League.” 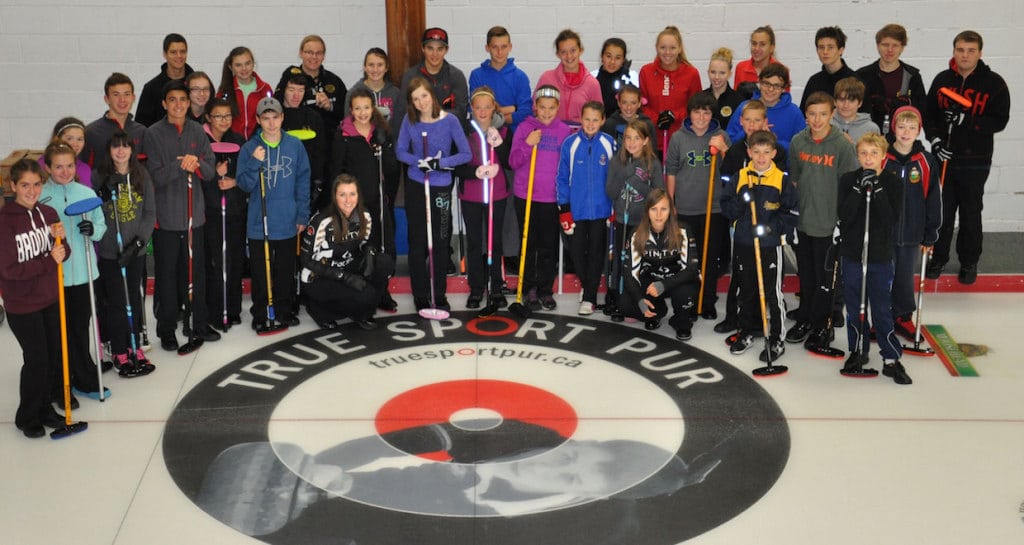