Webster named to CAC Board of Directors

One of Curling Canada’s top coaches is broadening his horizons. Paul Webster, Curling Canada’s National Development Coach and a member of the coaching staff for our past three Olympic teams, has been appointed to the Coaching Association of Canada’s (CAC) Board of Directors. 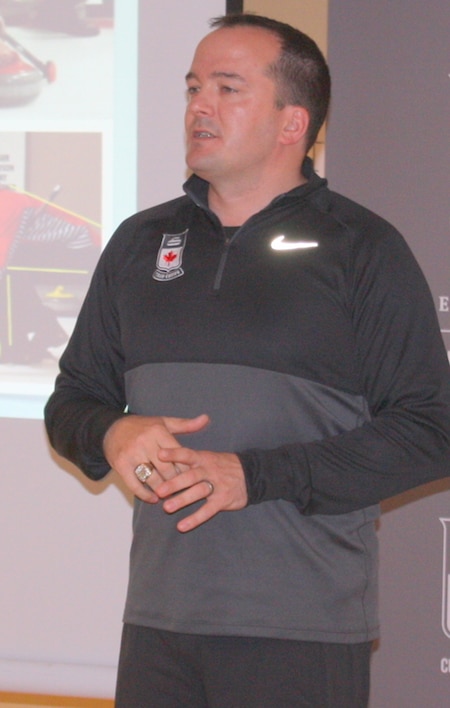 Paul Webster has been named to the Coaching Association of Canada board of directors. (Photo, Curling Canada/Brian Chick)

The CAC Board is an integral body that guides the Association’s focus on development and delivery of world-class coach education to support excellence from playground to podium throughout the country. “Paul brings a tremendous amount of experience to the Board of Directors of the Coaching Association of Canada,” said Gabor Csepregi, Chair of the CAC Board of Directors. “His dedication to excellence while contributing to coach education exemplifies the leadership and the collaboration we so passionately promote. Paul’s extensive background in coaching and within the Canadian sport community will be an asset to the CAC as we continue striving for improved alignment in the Canadian Sport System.” Webster, 40, has been coaching since he was 16, and with Curling Canada since 2004. In addition to his Team Leader duties with Canada’s gold-medal teams in Sochi, he was also an assistant coach for the Brad Jacobs men’s team and has been part of the Canadian coaching staff at 14 world curling championships. Besides his Curling Canada duties, Webster also works as the Curling Director for The Glencoe Club in Calgary and is the High Performance Coach for the Alberta Curling Federation. “Paul has proven repeatedly over the years that he is one of the most respected voices on the Canadian curling scene,” said Gerry Peckham, Curling Canada’s Director, High Performance, and a former CAC board member. “We’re excited that curling will have input with the CAC Board of Directors, and we know Paul will not offer great things to the Board, he also will be learning and bringing that back to curling.” About the Coaching Association of Canada The Coaching Association of Canada unites stakeholders and partners in its commitment to raising the skills and stature of coaches, and ultimately expanding their reach and influence. Through its programs, the CAC empowers coaches with knowledge and skills, promotes ethics, fosters positive attitudes, builds competence, and increases the credibility and recognition of coaches.