So, this curler walks into a bar… Ironically, the curler who has told more jokes and been paid to do so, and who will participate in the world’s biggest comedy festival later this month in Montreal, doesn’t tell many curling jokes in his act. 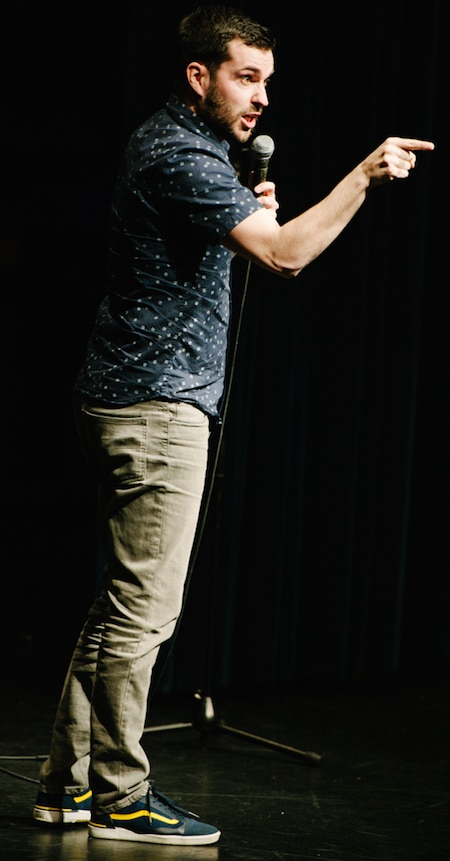 John Cullen is ready for the biggest comedy gig of his young career, later this month at Just For Laughs in Montreal. (Photo, courtesy Sharalee Prang Photography)

Just one, as a matter of fact, and it’s not even completely about curling. That’s the way John Cullen rolls, ladies and gentlemen. Curling is an inherently funny sport — let’s face facts — but Cullen has more than enough material to work with through his observations of life’s absurdities so that he doesn’t have to narrow his audience to just those who understand the difference between an inturn and an outturn. But rest assured, when Cullen — the lead-rock thrower for Dean Joanisse’s New Westminster team that lost the B.C. final in an extra end this past season — takes the stage on July 24 at the world-famous Just For Laughs comedy festival, curling will be mentioned. “Yes, I think curling will have a place in those seven minutes,” said the 29-year-old substitute teacher. “I don’t bog my sets down with all curling material — surprise, people aren’t all super interested in hearing 30 minutes about curling But I have one bit, and it’s a joke that always seems to do well. You don’t have to know curling for it to be funny.” It would have to be to make the cut for Cullen’s set in Montreal; he’ll get seven minutes on stage as part of the Just For Laughs Homegrown Comics competition — a highly sought-after gig that is purely invite-only, and will be hosted by Shaun Majumder (who made a memorable appearance as his alter-ego Raj Binder at the 2005 Tim Hortons Roar of the Rings). But even with the accompanying pressure, make no mistake — this is a dream come true for Cullen, who only has five years of comedy experience under his belt. As a teacher, his summers were wide open, so in the summer of 2010, he decided to start putting his funny thoughts and joke concepts down on paper, with the idea of perhaps following in the footsteps of his uncle (and one of his comedy heroes), Toronto comic Chris Quigley. 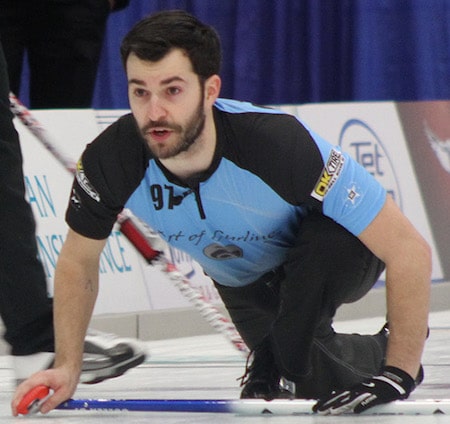 “I would always think of jokes, sitting at home, driving my car, but I never wrote them down,” said Cullen. “And then it was gone. So that summer, I guess I was just bored or I was thinking about it more and I started to write the jokes down, and once I started doing that, it was just a flood. I really enjoyed the writing process. Most of it was total crap, but all of a sudden I had 10 pages of jokes or joke ideas.” Those concepts would be edited into a five-minute set, and in August of that year, he took to the stage for the first time at a Vancouver comedy club. Prepared to hear crickets, instead Cullen heard laughs — lots of them, and enough to convince him to keep pursuing his dream, and chase the comic’s crack-like addiction to making people laugh. “A comic once told me that once you get your first laugh, you’ll spend the rest of your life chasing that laugh, that feeling,” said Cullen. “It totally sounds like something a drug addict would say about heroin, but it’s an unbelievable feeling. When you have complete command over a room, and everyone is hanging over your every word? It’s a pretty special feeling.” Cullen works mostly clean — the occasional curse, but they’re notable for how rarely they happen — and his comedy is more observational in nature, as opposed to a series of rapid-fire one-liners. 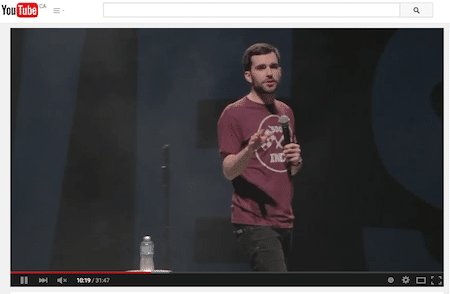 You can watch Cullen’s comedy stylings by clicking on the photo above. Note: this performance occasionally contains strong language that may be unsuitable for children.

He’s honed his craft while continuing a competitive curling career in B.C. that has seen him play in six men’s provincials, earning bronze in 2011 and silver last season after Jim Cotter drew the eight-foot in an extra end to beat Joanisse, third Paul Cseke, second Jay Wakefield and Cullen. While he’s a comic off the ice, Cullen generally doesn’t go down that road on the ice, particularly with opponents. With his teammates, he’ll pick his spots, reading their mood before cracking a one-liner. And when there are crowds watching? Well, Cullen will banter freely between shots. “If we ever get to a Brier, I’d look forward to the games on the side sheets so I could chat with the crowd,” he said. In fact, two comedy dreams are coming true for Cullen this summer. Following his Just For Laughs appearance, he will get his first headlining gig at legendary comedy club Yuk-Yuk’s on Aug. 21 and 22 in Vancouver — almost exactly five years to the day after his first stage appearance. But the curling dream? Well, that is yet to be achieved, so while it will be a thrill to take the stage in Montreal, Cullen said the Tim Hortons Brier Purple Heart is still the prize he desires most. “Well, I’ve had the Purple Heart dream a lot longer, and curling’s been a lot worse to me, so I’d say the Purple Heart would be a better feeling,” he said. “Curling — it’s just such a tough sport. It’s really hard to be good, and the losses can be crippling. Big losses in curling suck. Really bad. And that’s all I’ve had, really, my whole career. Dean has been to the Brier twice, he won the Canadian juniors. Paul and Jay have been to the Canadian juniors. I’ve got no big titles to my name, at all. Getting the call for Just For Laughs was great, but comedy is pretty much always fun for me, and this was just adding more fun on top of it. Winning a Purple Heart, I think, would make up for a lot of the miserable drives I’ve had home from (crappy), small towns after I got my butt handed to me.”