One of the most accomplished skips in curling history will add his knowledge base to the emerging discipline of mixed doubles, it was announced today by Curling Canada. Three-time Tim Hortons Brier and two-time Ford World Men’s champion Jeff Stoughton of Winnipeg has been named Curling Canada’s Program Manager, Mixed Doubles. 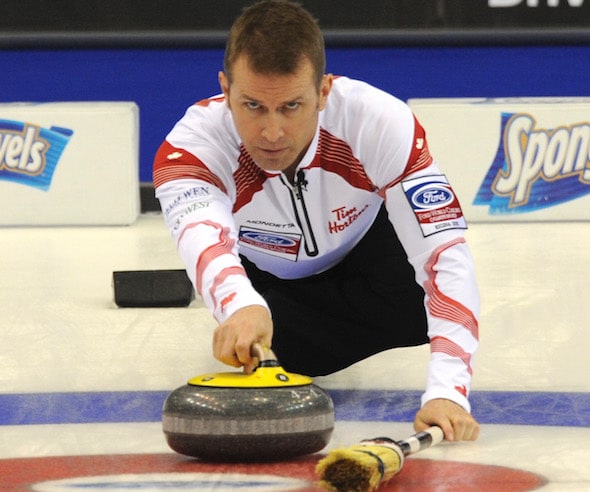 Stoughton will oversee numerous aspects of Curling Canada’s mixed doubles program leading up to the sport’s debut as a medal discipline at the 2018 Winter Olympics in PyeongChang, South Korea. “I’m excited to have this opportunity and I truly appreciate Curling Canada’s support as we ramp up our chase for the mixed doubles gold medal in South Korea,” said Stoughton. “It’s an exciting way to play the game, and I know our country’s top players are eager to get involved and I want to be able to help in any way I can.” Stoughton’s work has already begun; he worked with coaches and players during an on-ice session earlier this summer in Edmonton, and will be involved in the inaugural Canad Inns Mixed Doubles Classic, scheduled for Oct. 20-21 in Portage la Prairie, Man. The event will be supported by Curling Canada, and considering its scheduling between the Canad Inns Men’s Classic the preceding weekend and the Canad Inns Women’s Classic the following weekend, the potential for many of Canada’s top players to participate exists. 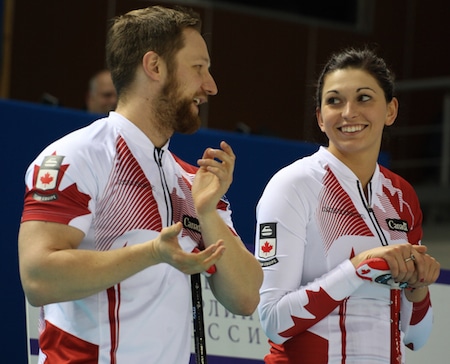 “Jeff has already been doing some terrific work behind the scenes to help build mixed doubles curling in Canada, and the Canad Inns Mixed Doubles Classic is an example of that,” said Gerry Peckham, Director, High Performance for Curling Canada. “Canad Inns and Portage have stepped up and are definitely on the radar for more events leading to how we determine our mixed doubles entry for the 2018 Winter Olympics, and I’m thrilled to have an individual of Jeff’s calibre, with his accompanying competitive background, on board as we pursue gold.” “Canad Inns is excited to host the inaugural Canad Inns Mixed Doubles Classic in Portage la Prairie,” said Paul Robson, C.E.O. of Canad Inns. “We are proud to support Curling Canada’s initiatives to ensure our nation is represented and on the podium at the 2018 Winter Olympics.” In addition to his involvement with the Canad Inns Mixed Doubles Classic, Stoughton also has been working with Canada’s entries for the 2015 Audi quattro Winter Games New Zealand mixed doubles competition, beginning Aug. 24 in Naseby, N.Z. Canada’s past two mixed doubles national champions — Calgary’s Charley Thomas and Kalynn Park in 2015; Kim and Wayne Tuck of Strathroy, Ont., in 2014 — will be competing. “Kalynn and I had a chance to work with Jeff earlier this summer and truly enjoyed the experience,” said Thomas. “Jeff has an amazing resume, as we all know, and his experience and knowledge of the game will be a huge benefit to our mixed doubles program leading up to the 2018 Winter Olympics.”