Karlee Burgess is a 17-year-old curler from Nova Scotia who will compete for Canada at the 2016 Youth Olympic Games in Lillehammer, Norway, next February. This story is the second in a series as Karlee shares her experiences on the road to the Youth Olympic Games. Karlee writes: Since the last time I wrote I’ve completed Grade 11 and begun my senior year. Where has the time gone? In July, the team traveled to the National Training Centre at the Saville Community Sports Centre in Edmonton, Alta. That weekend of training was phenomenal! 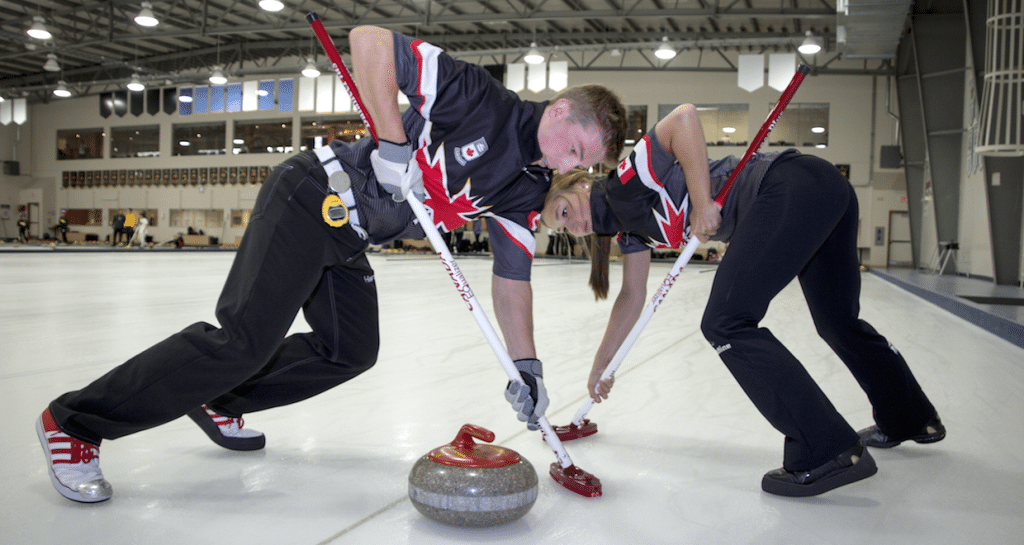 One of the highlights was having the opportunity to listen and learn from Rob Krepps, Head Coach at the National Training Centre. We (teammates Mary Fay, Tyler Tardi and Sterling Middleton) had such a blast getting to meet him. He is beyond amazing with all his curling knowledge. We gained a tremendous amount of information from him over the course of just one weekend, and we know that these few days with Rob will help us build the Youth Olympics team we dream of being. During the Edmonton training weekend we got to learn from Canada’s best. Kalynn Park and Charley Thomas (Canadian Mixed Doubles champions) gave us tips about mixed doubles, because the Youth Olympics competition wraps up with a mixed doubles event. We really appreciated their help. We also met Nolan Theissen (2015 Brier champion and World bronze medalist), who showed us different ways to improve our sweeping and helped us with putting more weight on the broom. It was super cool to sit down with him and hear about his experiences and what he does to help his team become the best in the world. We also had a visit from Thomas Scoffin (current Canadian university champion from the University of Alberta) who talked about his experience at the 2012 Youth Olympic Games in Innsbruck, Austria, which was amazing and made me even more excited to experience that opportunity. He also helped us with communication on the ice and I know we will benefit from the information he shared. Lastly I can’t thank Kyle Paquette (Sport Psychology and IST Program Lead for the National Team Program) enough for such a great session we had with him. I enjoy learning from him and everything he does for our team in mental training is much appreciated. 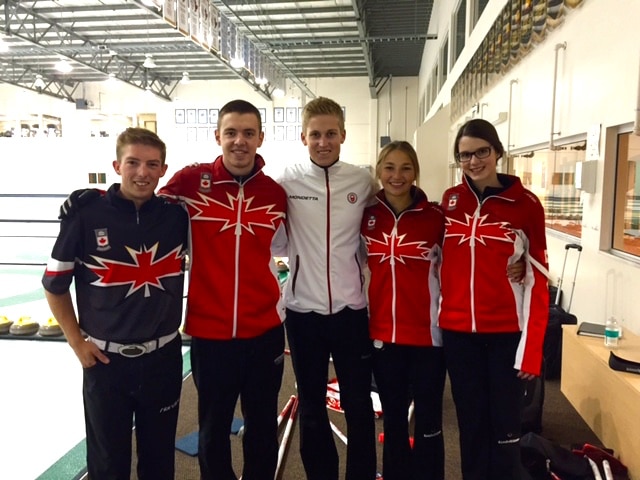 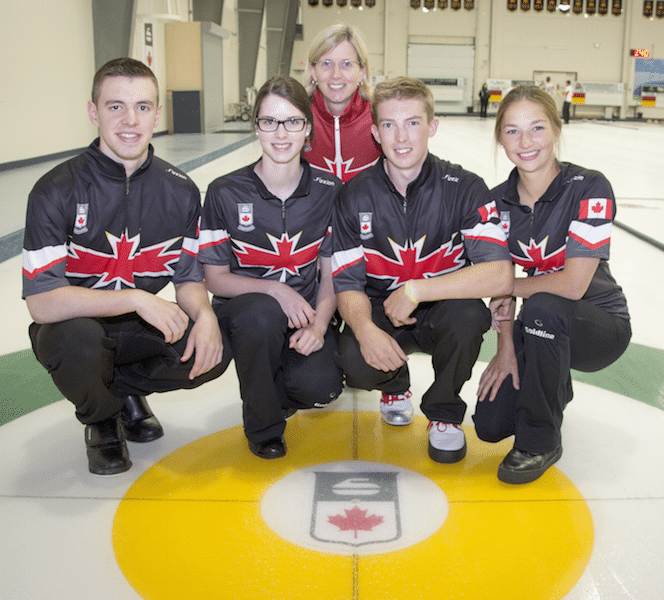