The Canadian Mixed Curling Championship gets underway on Sunday at the Weston Golf and Country Club in Toronto. 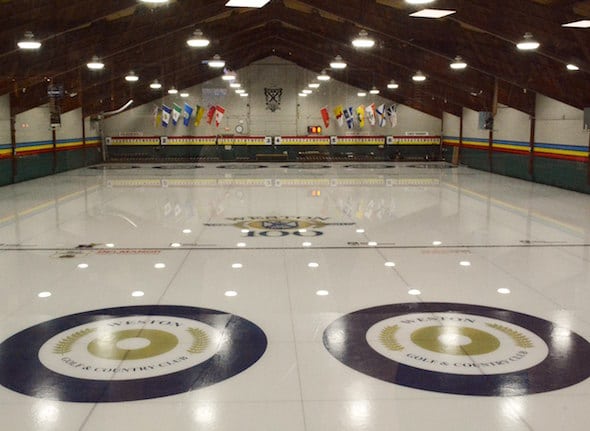 It’s the 53rd edition of the Mixed, which began in Toronto in 1964 and has been won a leading 10 times by both Alberta and Saskatchewan. Once again this year, the championship will feature 14 teams (10 provinces plus Northern Ontario, Northwest Territories, Nunavut and Yukon) seeded and separated into two pools of seven teams each (based on their won-lost record at last year’s Mixed in North Bay, Ont.), who will first play a round robin within their pool. At the conclusion of the round robin, the top four teams in each pool advance to the Championship Pool, when the teams play the teams from the opposite pool, carrying forward their full won-lost records. Meanwhile, the bottom three teams in each pool will go to the Seeding Pool, where they will compete against the three teams from the opposite pool. These teams also carry forward their full won-loss records. At the conclusion of the Championship Pool round on Friday, two semifinals will take place Saturday morning at 10 a.m. ET, pitting 1 vs 4 and 2 vs 3. The two winners then advance to the final Saturday afternoon at 4 p.m. while the two losing teams meet in the bronze medal game at the same time. Final results will determine seeding for next year’s Canadian Mixed in Yarmouth, N.S. 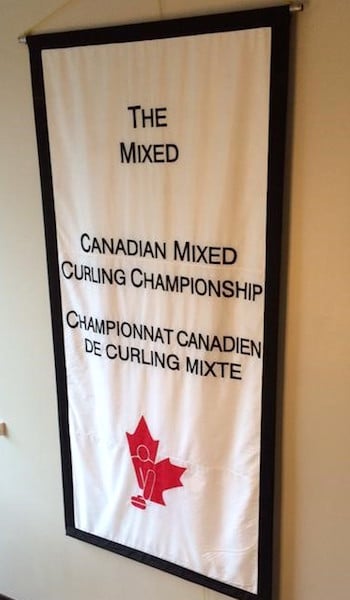 The Host banner for the 2016 Canadian Mixed.

All games throughout the competition are eight ends. Also, no tiebreaker games will be played at the conclusion of either round. Instead, any unsolvable ties for position after head-to-head results will be determined by accumulated Draw Shot results. The winning team will then represent Canada at the 2016 World Mixed Curling Championship, Oct. 15-22 in Kazan, Russia. Last year’s winning team, skipped by Saskatchewan’s Max Kirkpatrick, lost in the quarter-finals of the inaugural World Mixed Curling Championship this past September in Berne, Switzerland. Every province, plus Northern Ontario, has won at least one Canadian Mixed Curling Championship since 1964. Ontario has three Mixed titles to its credit, the latest by Orillia’s Cory Heggestad, who won the 2013 edition when staged in Mount Royal, Que. Ottawa’s Mike McLean will wear the host province’s colours this year. The last time the event was held in Toronto was in 1985 at the Bayview Country Club, with British Columbia’s Steve Skillings prevailing. Among this year’s competitors are a number of players with Tim Hortons Brier or Scotties Tournament of Hearts experience, including skips Dean Joanisse of British Columbia, New Brunswick’s Charlie Sullivan, Northern Ontario’s Colin Koivula, Steve Moss of the Northwest Territories, Prince Edward Island’s Eddie MacKenzie, Quebec’s Maxime Elmaleh (a former Brier champ playing lead for Jean-Michel Ménard in 2006), Saskatchewan’s Bruce Korte and Yukon’s Bob Smallwood. Sullivan also won the 1987 Canadian Juniors and 1988 World Juniors while Joanisse skipped his province to victory at the 1989 Canadian Juniors. Over the years, the Mixed has been won by such well-known curlers as Jeff Stoughton, Rick Folk, Rick Lang, Kevin Koe, Mark Nichols, Colleen Jones, Barry Fry, Paul Flemming, Jean-Michel Ménard, Robert Campbell and Shannon Kleibrink, who is the only female to win the Mixed as skip, which she did in 2004 at Schumacher, Ont. Saskatchewan’s Larry McGrath is the only three-time winning skip, having won the Mixed in 1967, 1968 and 1971. For a downloadable copy of the event draw, click here. For a downloadable copy of the team rosters, click here Draw scores/standings will be immediately available on Curling Canada’s website, www.curling.ca.