Karlee Burgess is a 17-year-old curler from Nova Scotia who will compete for Canada at the 2016 Youth Olympic Games in Lillehammer, Norway, beginning Friday, February 12, with teammates Tyler Tardi, Mary Fay and Sterling Middleton. This story is the fourth in a series, as Karlee shares her experiences on the road to the Youth Olympic Games. 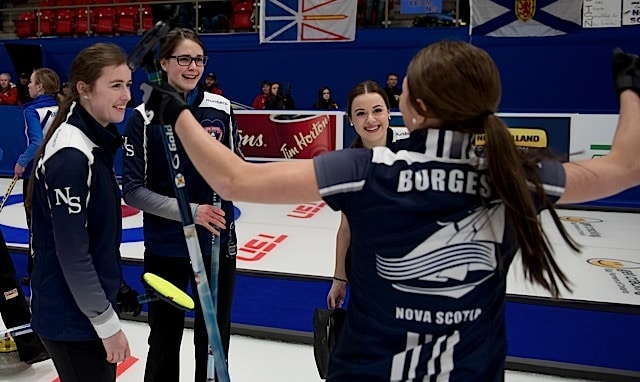 At the end of January my team (Mary Fay, Kristin Clarke, me and Janique LeBlanc) out of Chester, N.S., competed at the Canadian Juniors in Stratford, Ont. We were amazed with the beautiful venue for the event, the first Canadian Juniors ever held in two arenas instead of an arena and curling club. We were also a part of history because it was the first time the Canadian Juniors was sponsored by Egg Farmers of Ontario. This event also couldn’t have been possible without all the outstanding volunteers, who welcomed the teams and helped whenever needed, and, of course, Curling Canada, who provided so much support. Thank you. This was our third year at nationals. We won bronze in 2014, and last year we came up just short of the podium. However, this year was Kristin’s (our third’s) first year at nationals so we wanted to make it a good week for her. In our pool for the round robin, we played British Columbia, Saskatchewan, Ontario, Prince Edward Island, Yukon, and Newfoundland and Labrador. After finishing our round robin with five wins and one loss (to B.C.) we were in second place. That record earned us a spot in the championship round, playing the top four teams from the other pool. After finishing the championship round on Friday, we were at the top with a 9-1 record and automatically advanced to Sunday’s final. We enjoyed our Saturday off, had a good practice in the morning, and got to relax and watch the girls’ semifinal in the afternoon. 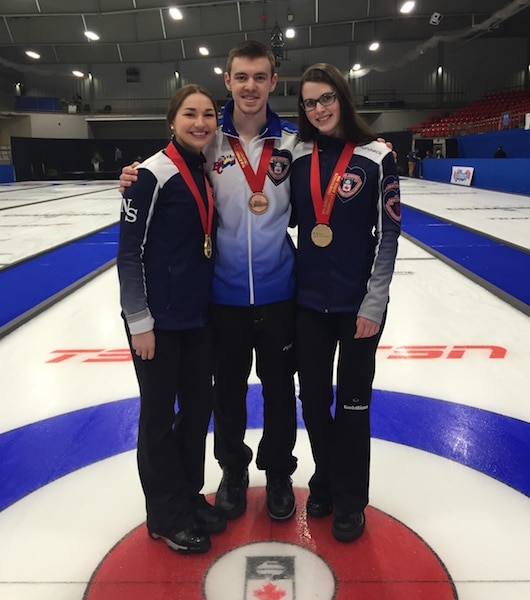 The morning had finally arrived: we were about to play the biggest game of our career so far. We were all a little nervous but we were also excited to be in the position that we were. In the final we were playing B.C.’s Sarah Daniels. It was a battle the whole game. Although we didn’t play as well as we would have liked, we pulled it out and won our first Canadian Junior Women’s title. What an electrifying feeling I had when I got to walk down the sheet of ice holding my best friends’ hands and knowing we will represent Canada in Copenhagen, Denmark, at the World Junior Curling Championships in March. My week at the Juniors was unforgettable. I got to see Tyler Tardi (the third on our Youth Olympics team) and his team, who won the bronze medal. Sterling Middleton (the lead on our Youth Olympics team) is the fifth player on Tyler’s B.C. team, so he decided to not make the trip down, staying home to focus on training at home and schoolwork. When I got home I had a very special present waiting for me: my Team Canada Youth Olympics clothing had arrived! Of course I opened it right away and I was so excited that I had to try everything on. At this point I was lost in my thoughts: Wow, is this really happening? I’m actually about to take part in the most amazing experience I’ve ever had and have it all happen in Lillehammer, Norway! And lastly, I’m wearing the maple leaf on my back! I can’t believe how fast this year has gone by, it. It feels like just last month we were training in Montreal (last April) and just meeting the guys for the first time. I guess the saying “Time flies when you’re having fun” is true. I am so excited to take part in another multi-sport competition – I participated in the 2015 Canada Games in Prince George. B.C., earning a silver medal with Mary on Team Nova Scotia – although this is a little different, considering I’ll be representing Canada in Europe. Every day I’ll be seeing and sliding over those rings, the Olympic Rings. I can’t wait to embark on this amazing journey with Tyler, Mary, Sterling, and our coach, Helen Radford. On Tuesday, February 9, we will begin our trek to Norway. There are no words to describe this overwhelming mix of emotions that I am going to be feeling for the next two months – first, at the Youth Olympic Games, and then at the World Junior Curling Championships. So far it’s been a dream come true. 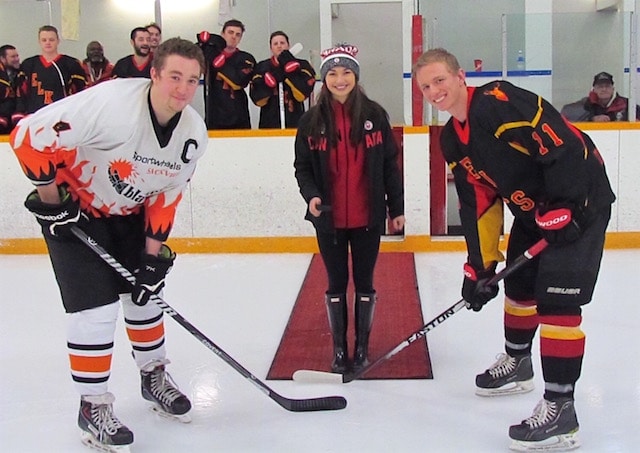 Here’s what my teammates are feeling right now: Tyler: “It has come a lot faster than I had anticipated; I don’t think it has sunk in that I’m going to the Youth Olympics in just a few days. It is truly humbling and heartwarming.” Sterling: “I’m so excited, I can’t wait to curl. I’m feeling really good, and I believe we will do well!” Mary: “The time has flown by; I can’t believe that it’s almost time to leave. We’ve done so much to get ready for the Youth Olympics and I’m so excited to finally put on the maple leaf and play for Canada.” This dream is coming alive, thanks to the fabulous support from Curling Canada, The Canadian Olympic Committee, my parents, my brother, the rest of my family, and the communities we all come from. 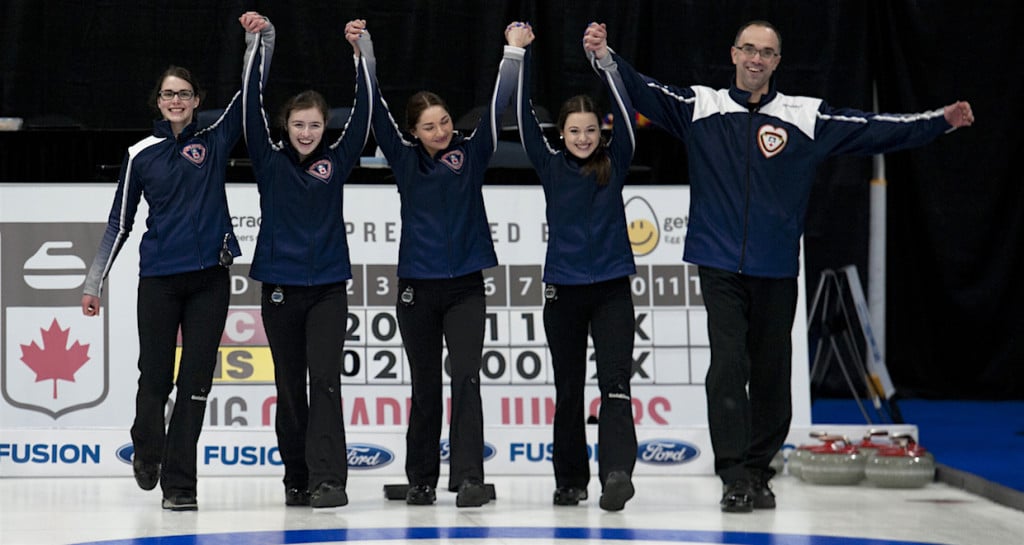