Canadians Sterling Middleton and Tyler Tardi are through to the next round of Mixed Doubles competition at the 2016 Youth Olympic Winter Games in Lillehammer, Norway. 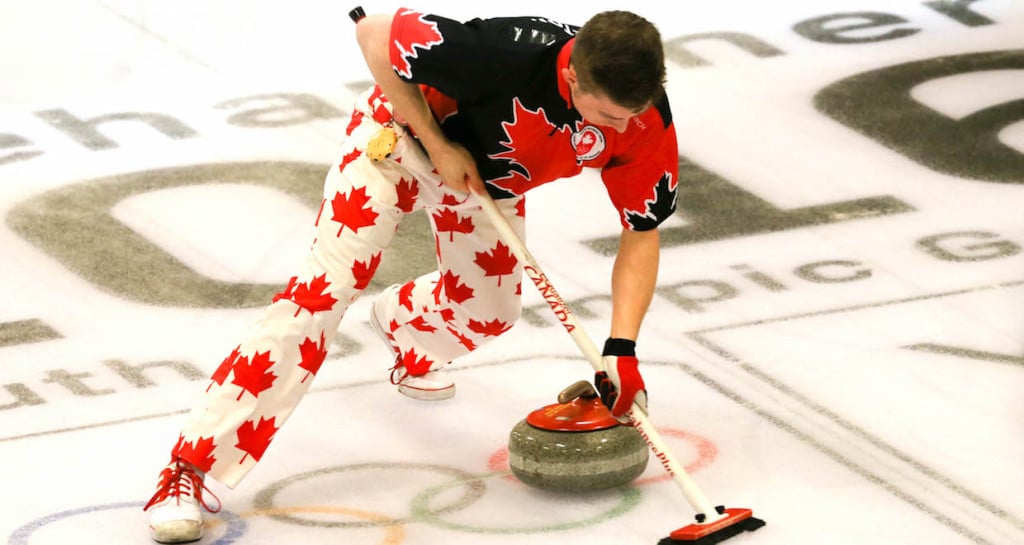 Tyler Middleton: “We’re just going out to have some fun and play some more games.” (WCF/Richard Gray photo)

Middleton and New Zealand’s Holly Thompson stole three ends on their way to an 8-3 victory over their opponents from Great Britain and Korea. “It was really fun,” Middleton said about the first day of mixed doubles competition. “We’re just going out to have some fun and play some more games. I’m glad Holly’s my partner, and I’m looking forward to the next few games we have.” According to Middleton, adjusting to an unfamiliar teammate hasn’t presented any problems at all. “We’re getting along really well,” he said. “We have very alike personalities, and we speak the same language, which is nice, and we both understand the game well. We know the strategy and kind of know the way to miss if we might miss a shot, so we’re playing well.” Tardi and partner Honoka Sasaki (Japan) dominated their opening game, stealing five ends before giving up a single point in their 12-1 win over Amy Bryce (Great Britain) and Martin Blahovec (Czech Republic). Tardi and Middleton are hoping to add to their medal count at the Youth Olympics after winning the gold medal with teammates Mary Fay and Karlee Burgess. Fay (with Brazil’s Elian Sabra Rocha) and Burgess (with Estonia’s Eiko-Siim Peips) lost their first games of the Mixed Doubles competition and won’t move on. 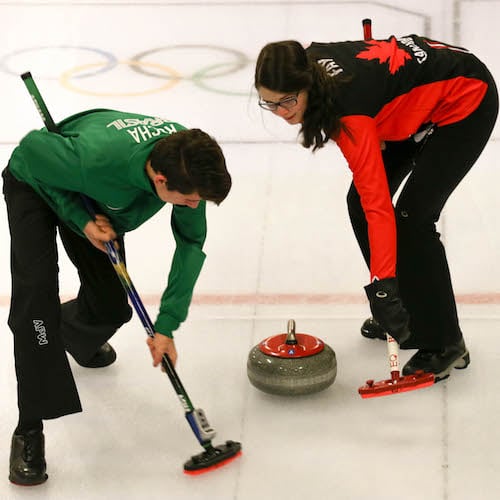 “We’re just taking it one game at a time,” says Middleton. “Of course, when you lose, you’re out, but we’re just trying to keep winning and having fun, and we hope to make it as far as we can.” The next round in the Mixed Doubles tournament takes place on Saturday, with Tardi and Sasaki in action at 3 a.m. EST, and Middleton and Thompson playing at 7 a.m. EST. Updates from the Youth Olympics can be found on the International Olympic Committee YouTube channel. For more information about the Youth Olympics, click here.