Canada’s Tardi through to semifinals of Youth Olympics Mixed Doubles

Canada’s Tyler Tardi already has a Youth Olympic Games gold medal – with teammates Mary Fay, Karlee Burgess and Sterling Middleton – but he’s one step closer to bringing home another one. Tardi and partner Honoka Sasaki are through to the semifinals of the Mixed Doubles competition at the Youth Winter Olympics after defeating a team from Norway/Korea on Saturday evening at the Lillehammer Curling Hall in Norway. 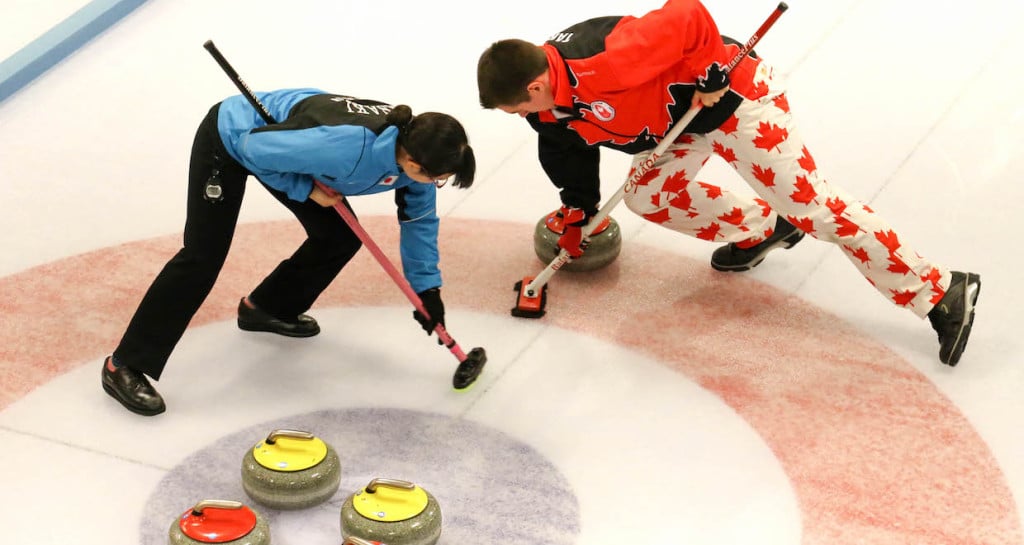 Tied 5-5 in the seventh, Tardi and Sasaki made an angle take-out to lie three, but the opponents were only able to remove one, giving the Canada-Japan team a 7-5 win and a ticket to the semifinal on Sunday. “I think I’ve seen a lot more ends than the other players, so I kind of get the idea when we’re in trouble or looking good, or when to play which shot,” said Tardi when asked how his Canadian Mixed Doubles Trials experience has helped him in the competition. “We’re just trying to have fun, and it’s been working out.” Team Canada second Sterling Middleton and partner Holly Thompson of New Zealand lost their quarter-final match to a team from Japan/Switzerland and won’t progress. Fay and Burgess lost their first matches of the Mixed Doubles tournament and didn’t move on. The Canadians earned their spot in the quarter-finals after winning their morning games in the Round of 16. Middleton and Thompson dominated the team from Turkey/China by a 9-2 score. Tardi and Sasaki won 6-2 over Estonia/Russian, stealing the first four ends. With one medal already won, Tardi says this event is more about having fun and not looking ahead. “Just one step at a time, just trying to have fun for the last couple of days of being able to say that we were at the Olympics,” he said. Tardi and Sasaki will play a team from China/Great Britain in a semifinal on Sunday at 3 a.m. EST. Updates from the Youth Olympics can be found on the International Olympic Committee YouTube channel. For more information about the Youth Olympics, click here.