by Jesse Matthews On Monday morning in the women’s draw at the CIS / Curling Canada University Championships, Brock took on Brandon, Dalhousie squared off against Wilfrid Laurier, Guelph faced Thompson Rivers and Alberta matched up against New Brunswick. The Dalhousie Tigers (3-0) remain the only undefeated team in the women’s draw after defeating the Wilfrid Laurier Golden Hawks (1-2) by a score of 11-4. The Tigers were all business this morning, curling at 79% through the match compared to the Golden Hawks at 65%. Dalhousie built a very early commanding lead, scoring singles in the first and second ends, followed by two and three twice over in the third, fourth and fifth ends respectively. Wilfrid Laurier put up two point ends in the sixth and seventh consecutively, but resigned after the eight end when Dalhousie added one more to their tally. Dalhousie skip Kristin Clarke has been on the road for the last several months to compete. “Starting back in January I had junior nationals, and then competed with my Dalhousie team at the Atlantic University Sport Championship,” said Clarke, “I also went to the world junior championships at the beginning of March and now here we are! It’s been a little hectic but it’s been a lot of fun too.” A respiratory therapy student at Dalhousie, Clarke says that she has her university’s support as she travels. “[Curling and academics] certainly requires a bit of juggling, but my professors have been really supportive and understanding and proud of me too, so they’ve been really flexible and making sure I get all of my work done and helping me out with assignments and deadlines so it’s been really good actually.” 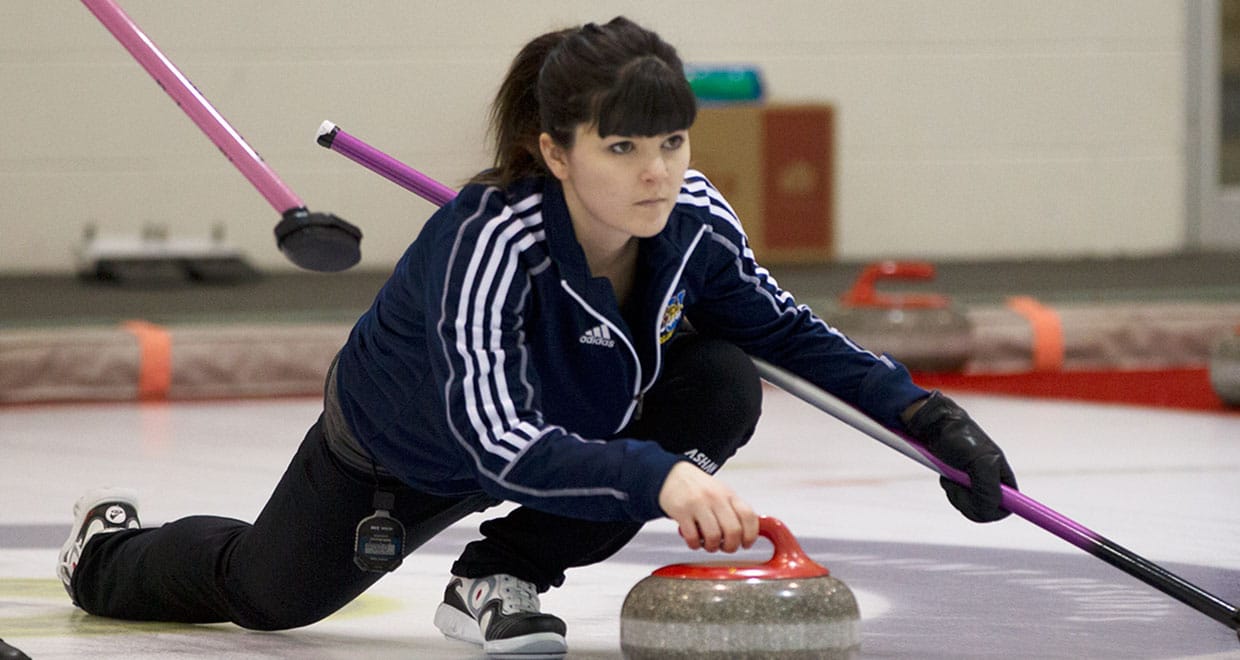 Four teams are still hot on Dalhousie’s trail; the Brandon Bobcats (2-1) took down the Brock Badgers (0-3) 10-2 after eight ends. Despite the score differential both teams curled well, with the Bobcats curling 81% while the Badgers curled 77%. Nearby the Alberta Pandas (2-1) won 7-2 after 9 ends over the University of New Brunswick Varsity Reds (0-3). The Guelph Gyphons (2-1) surprised the Thompson Rivers WolfPack (2-1) with a 9-4 victory after 9 ends. While both teams curled relatively equally through the match, Gryphons skip Jestin Murphy shot 76% while WolfPack skip Corryn Brown shot 61%. On the men’s side of the draw the strongest teams extended their lead over the field, with three remaining at 3-0. Host team UBC Okanagan took on Waterloo, Dalhousie faced Wilfrid Laurier, Brock played Victoria and Alberta squared off against Saint Mary’s. The UBC Okanagan Heat (1-2) were ecstatic as they won their first match of the tournament 8-3 against the Waterloo Warriors (0-3) after eight ends. Heat skip Justin Nillson curled at 69% for the match while Warriors skip John Willsey struggled at 47%. 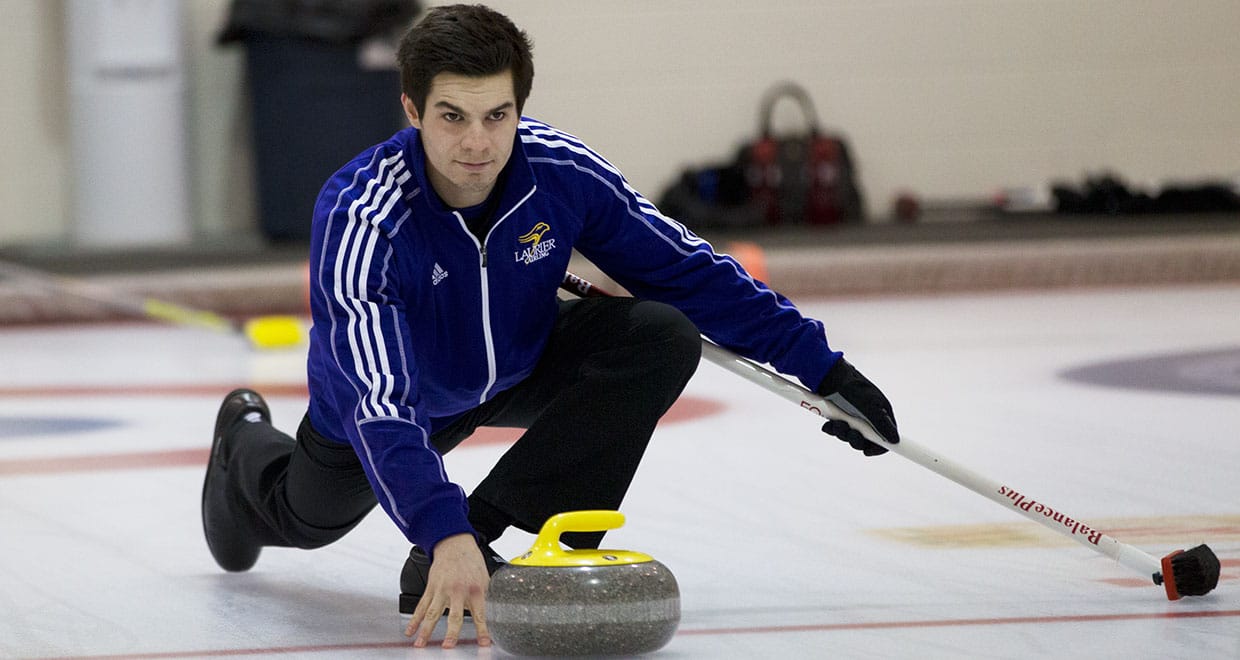 The Wilfrid Laurier Golden Hawks (3-0) defeated the Dalhousie Tigers (1-2) by a score of 9-3. The Tigers were displaying some consistent shotmaking throughout the match, which especially contrasted between the thirds and skips. Dalhousie third Matt Jackson and skip Matthew Manuel curled at 58% and 48% respectively on the match, while Wilfrid Laurier third Richard Krell and skip Aaron Squires curled at 89% and 75% respectively. The Victoria Vikes (3-0) took down the Brock Badgers (1-2) 11-6 after eight ends, while the Alberta Golden Bears (3-0) won 8-3 after eight ends over the Saint Mary’s Huskies (0-3). The Golden Bears curled at an impressive 88% as a team, while the Huskies shot 70%. Round robin play concludes Tuesday evening, followed by semifinal and gold/bronze medal matches on Wednesday. Four teams from each group of eight will advance from round robin play to the semifinals, and from those onto their respective medal rounds. The winners of the CIS / Curling Canada University Championships will represent Canada at the 2017 World University Games in Almaty, Kazakhstan. Full scores, standings and team rosters can be found here: Women: https://www.curling.ca/scoreboard/#!/competitions/2061 Men: https://www.curling.ca/scoreboard/#!/competitions/2062