A long battle with cancer came to an end Sunday evening as 1992 Brier champ Vic Peters of Winnipeg passed away at the age of 61. 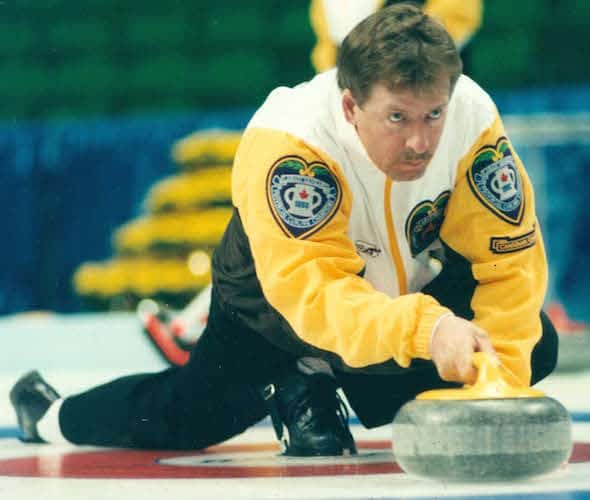 Chelsea Carey’s Canadian team at the Ford World Women’s Curling Championship wore black armbands to show their support for Peters. Carey’s dad, Dan was Peters’ vice-skip in 1992 when their Manitoba team captured the Brier title in Regina. Along with Carey, second Chris Neufeld and lead Don Rudd, Peters went 9-2 in round-robin play to earn a bye to the final, where he needed an extra end to beat Ontario’s Russ Howard 4-3. 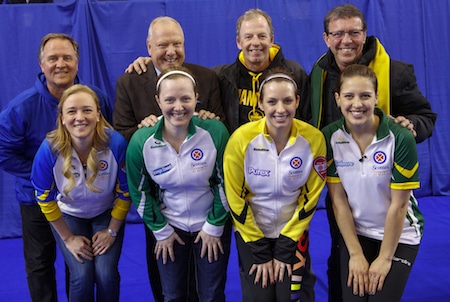 “This is it, to me there doesn’t need to be a world championship,” Peters after that 1992 victory. “When I was watching over the years, this was the championship of curling. You talk to your wife on the phone and the kids are sick. And this makes it worthwhile. Everything you do is geared for this. You might never get a chance again.”

He would go on to win a bronze medal at the 1992 world championship in Garmisch-Partenkirchen, Germany.

“As much as Vic will be remembered as one of Manitoba’s finest curlers, just as importantly he’ll be remembered as a gentleman, on and off the ice — someone who idealized what curling is all about,” said Hugh Avery, Chair of Curling Canada’s Board of Governors. “Our sport is better for having had Vic Peters in it.” 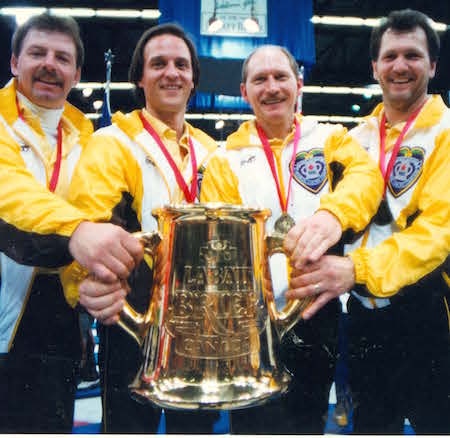 “The outpouring of support, good wishes and condolences today speaks volumes about what Vic meant to curling, and not just in our province,” said Craig Baker, Executive Director of Curl Manitoba. “He was a leader, a mentor who led in action rather than in voice. He was a mentor to so many of our young curlers, and he did it simply because he loved the sport and the people in it.”

Peters’ final public appearance at a curling event took place in late February at the Scotties Tournament of Hearts in Grande Prairie, Alta., where his daughter, Liz Fyfe, was playing second for Team Manitoba. He was part of a memorable picture that featured the Scotties second all-star team — all daughters of past Brier champs (Chelsea and Dan Carey, Russ and Ashley Howard, and Rick Lang and Sarah Potts were the others). 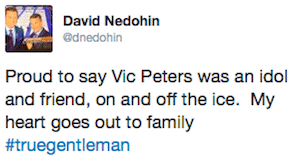 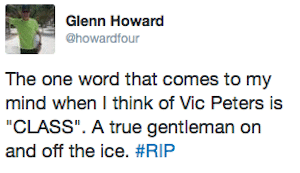 “We kibitzed a bit, shook hands and laughed . . . he looked great,” Russ Howard told The Canadian Press on Monday. “A little over a month later, it’s pretty shocking. I didn’t really know until Sunday that he wasn’t doing well. We’re really going to miss him a lot.”

Peters also played in the 1993 and 1997 Briers — winning silver in 1997 to go along with the Ross Harstone Trophy as the player voted by his peers who best represents sportsmanship, observance of the rules, exemplary conduct and curling ability.

“Vic was a fierce competitor, there’s no doubt about it,” his longtime rival Jeff Stoughton told The Canadian Press. “He showed his emotions on the ice but he loved the game and enjoyed the game. If you beat him, he always congratulated you and was very humble in his victories. He was a perfect gentleman and a pleasure to play against. The curling community is going to miss a great, great person, that’s for sure.”

His family has no shortage of curling talent. In addition to his daughter, Peters’ son Daley, a two-time Manitoba junior champ, is active on the World Curling Tour.

He also is survived by his wife Deb and daughter Kasandra.