The playoff pairings are set at the 2016 Canadian Mixed Doubles Curling Championship at the Nutana Curling Club in Saskatoon. 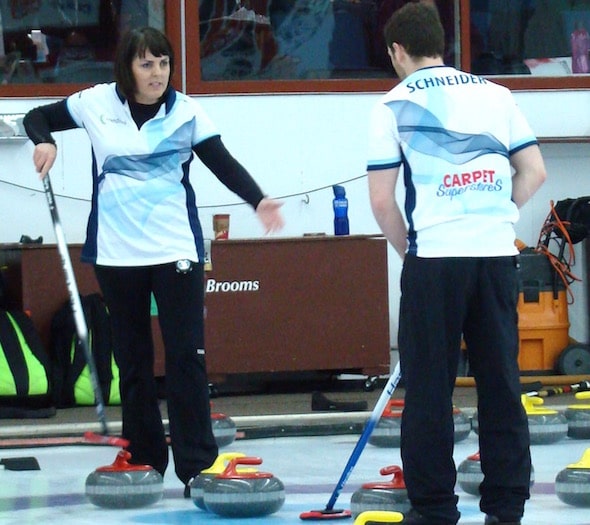 A total of 12 teams made it into the single-knockout playoff that will lead to Sunday’s gold-medal game at 4 p.m. (all times MDT).

Live-streaming of the playoffs can be seen at www.youtube.com/user/ccacurling.

The four pool winners — Dawn and Mike McEwen, Jocelyn Peterman and Brett Gallant, Marliese Kasner and Dustin Kalthoff, and Laura Crocker and Geoff Walker — earned byes to the quarter-finals, which are set for Sunday at 10 a.m.

The teams with the next best eight records earned the other playoff berths, and were seeded fifth through 12th for the first round of the playoffs, which is set for 8:30 p.m. on Saturday.

The other matchups look like this: Catlin Schneider and Nancy Martin vs. Ryan Fry and Emma Miskew; Mark Nichols and Rachel Homan vs. Mark Dacey and Jennifer Baxter; and John Epping and Lisa Weagle vs. Hugh and Janet Murphy.

The winning team will earn the right to represent Canada at the 2016 World Mixed Doubles Championship, April 16-23 in Karlstad, Sweden.

Live scoring is available at www.curling.ca