The standings continue to shift as teams battle for playoff positions on the third day of competition at the 2016 Canadian Wheelchair Championship in Regina. 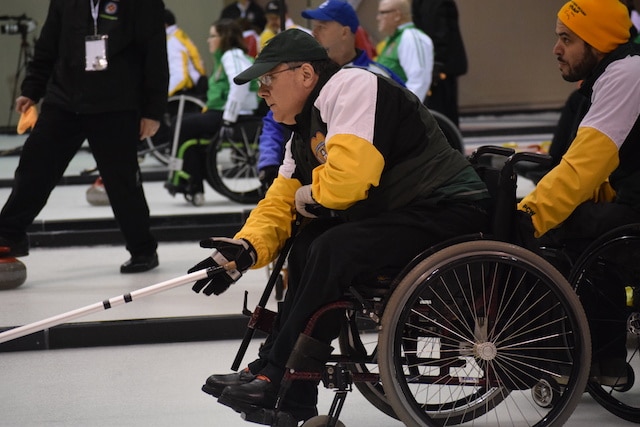 Hometown favourite Darwin Bender and his Regina team saw their winning streak snapped in an extra-end 12-10 loss to Manitoba’s Dennis Thiessen on Wednesday morning. Bender bounced back with a 10-3 win over Alberta’s Jack Smart to stay in top spot, tied with Northern Ontario’s Doug Dean, who has been quietly working his way through the competition. On Wednesday, Dean defeated Newfoundland/Labrador’s Cecilia Carroll 8-2 in the morning draw, and scored seven points in the first two ends on the way to a 10-3 win over New Brunswick’s Mike Fitzgerald in Draw 6. The shocker on Wednesday evening was provided by Trendal Hubley-Bolivar and his Nova Scotia team of Terry Cousineau, Keith Williams and Debbie Morgan. Trailing Manitoba’s Thiessen 7-3 after seven ends, Hubley-Bolivar scored five points in the eighth to squeak out an 8-7 win and knock Manitoba out of first place. 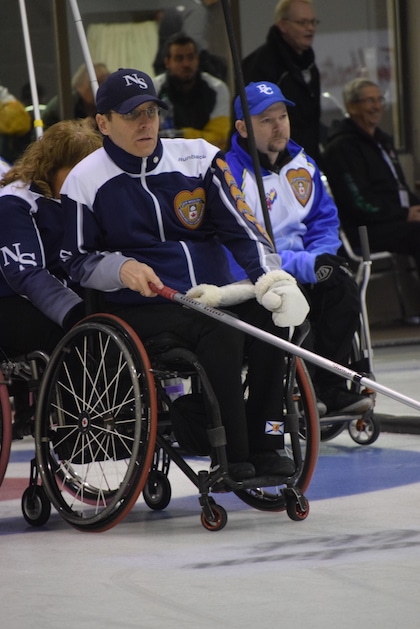 For B.C.’s Frank Labounty and his team of Alison Duddy, Ellis Tull, Vince Miele and Janice Ing, with coach Karen Watson, Wednesday was a turnaround day. After struggling through the first four draws without a win, the defending champions rebounded with two wins on Wednesday, a solid 9-5 effort over Alberta’s Jack Smart followed by a close 3-2 win over Quebec’s Sébastien Boisvert. Currently, Northern Ontario (Dean) and Saskatchewan (Bender) sit in first place with 5-1 records. Nova Scotia (Hubley-Bolivar) and Manitoba (Thiessen) are right behind, tied at 4-2. Alberta (Smart) and Quebec (Boisvert) are still in the mix, with 3-3 records. Action continues on Thursday with draws at 2 p.m. and 7 p.m. MDT. Looking ahead, the round robin concludes on Friday with one draw at 10 a.m. MDT, followed by tiebreakers, if necessary, at 4:30 p.m. MDT and the Page 1 vs 2 playoff game at 9 p.m. MDT. Ten teams, representing nine provinces plus Northern Ontario, play a round robin from Monday to Friday, April 8, followed by the Page playoff games — 1 vs. 2 on Friday at 7 p.m. (all times MDT) and 3 vs. 4 on Saturday at 10 a.m. The semifinal (loser of 1-2 vs. winner of 3-4) goes Saturday, April 9, at 3 p.m. On Sunday, April 10, the bronze-medal game (loser of 3-4 vs. loser of semifinal) will be played at 11 a.m. while the championship gold-medal final (winner of 1-2 vs. semifinal winner) is scheduled for 2 p.m. Live-streamed broadcasts of the 2016 Canadian Wheelchair Curling Championship will be available at www.wcblog2.com/. 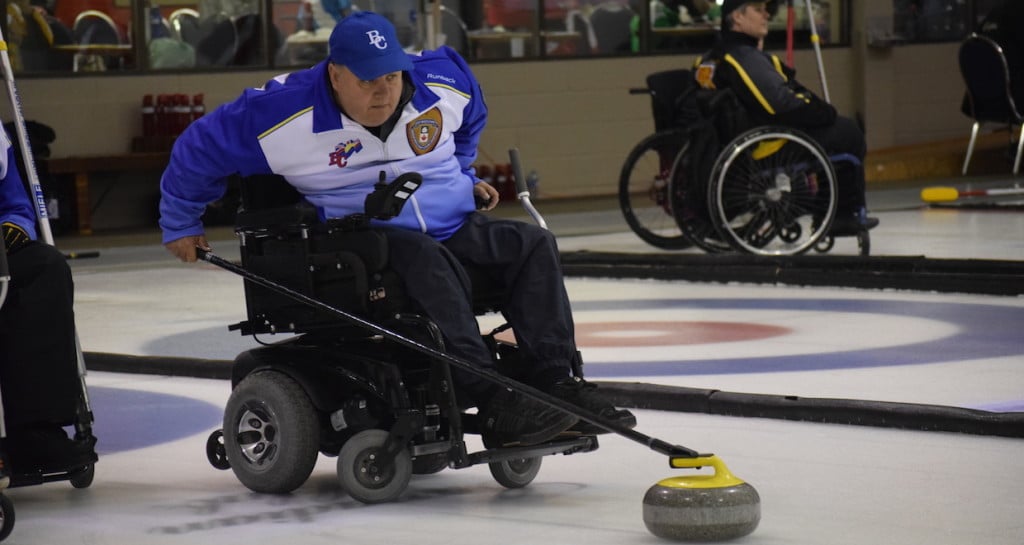