The Daly family: A tale of three hearts

(Story by Cathlia Ward) Happy, energetic and active would have been the best way to describe Ottawa’s Colton Daly when he was eight years old. Colton, along with his two sisters, Camille and Calissa, enjoyed all sorts of physical activities. From hockey to triathlons, all three kids were always on the move – that is, until a sudden diagnosis. After experiencing some chest pain and shortness of breath in a grocery store, and another similar episode while at home with a babysitter, Colton was rushed to the hospital. Test after test, and a trip to Toronto’s Hospital for Sick Children for more tests: Colton was diagnosed with Arrhythmogenic Right Ventricular Dysplasia (ARVD), a heart defect that usually causes sudden deaths in young people. At the time, Colton was the youngest person in the world to receive this diagnosis. The Daly family quickly found out that ARVD was genetic, and because of this, both of Colton’s sisters were soon tested- at first only the oldest daughter, Camille was affected, but a few years later Calissa also began to show signs of the disease. This new diagnosis changed everything for the Dalys and their three kids. Hockey, triathlons and anything else that included physical activity were pushed aside – their hearts wouldn’t be able to take it. Their mom, Kim, began to notice her once bubbly eight-year-old had grown more and more withdrawn and was worried the loss of her son’s once very active lifestyle was causing depression. She consulted the family’s cardiologist about activities that Colton could participate in, but the list was slim to none. That is, until they asked about curling. “We didn’t even know much about it really. We tried to explain to the cardiologist that it was like shuffle board on ice, and he said yeah, that might work. So we knew we had to give it a try,” she says. A week later, Colton stepped onto the curling ice for the first time – and the rest is history. 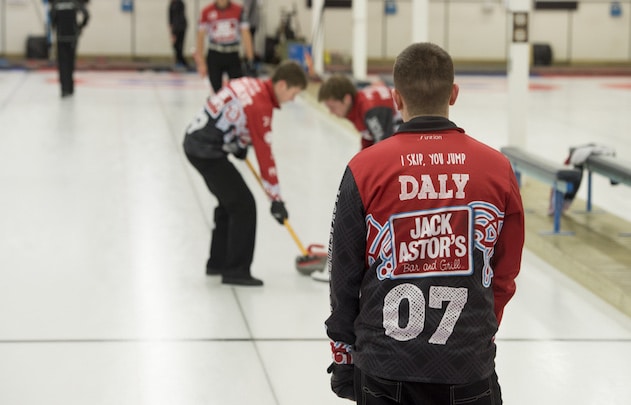 “We’re really just so thankful that he found this sport,” says Kim Daly about her son, Colton (Photo by Kevin Daly)

Colton remembers this experience, fondly: “The first time I set foot on the ice was a Thanksgiving family spiel where parents could bring their kids and have them just mess around on the ice and have fun. To be honest I hated curling the first few times I tried it because I was the worst one there. I didn’t really understand how the game worked and how I could be so bad after excelling at hockey and soccer. After my parents dragged me out to a few more events and practices I fell in love with the challenge of getting better at curling.” Even curling, however, possesses some challenges for Colton, Camille and Calissa. Sweeping, is a bit too much activity for their heart condition, so early on Colton and Camille resorted to skipping their respective teams and their curling community has been nothing but receptive and respectful of the Dalys and their unique situation. The RCMP Curling Club, the home club of the Daly family, made sure to have a defibrillator on hand should any of the Dalys need it. Soon, thanks to the activism of Kevin and Kim Daly, more and more curling clubs across the Ottawa Valley have followed suit. 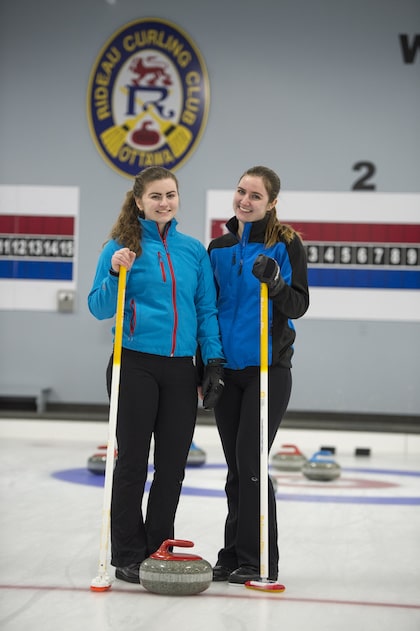 Calissa explained that her experience with curling teams over the years has always been incredibly positive. “Whenever you tell someone, their jaw drops,” she says. “We try not to make it a huge issue but whenever I join a team, I need to make it known. Everyone has always been incredibly considerate. Coaches and officials always take the time to make sure I’m okay.” “I’ve even had team mates show up to the club and check where the defibrillator is for me,” says older sister, Camille. It is safe to say that curling is a staple in the lives of the Dalys. “The curling community has helped me in many ways over the years but I think the most important to me has been that everyone has made me feel like family and like I am no different than the rest of the curlers they meet,” says Colton. “My biggest fear has always been for people to feel bad for me, or for the people I meet on the ice to feel bad playing me or to think I’m at some disadvantage.” For Camille, like many of the world’s best curlers, the ice is her sanctuary. “Curling for me, it’s just, everything. You know, growing up people might try curling and stop to go play something like volleyball or whatever, but for me – I could never do that. For me, curling is it,” she says. “It’s what I do, and it’s what I’ll always do. My time on the ice, I always find that so special….because realistically I really don’t know if or when I’ll be able to come back. I don’t know what life is without curling…and I don’t want to.” Her sister Calissa agrees: “I knew I was going to move away to go to school, but for me I had to find a curling team – that was very important to me.” People tend to say everything happens for a reason, and the Dalys are glad that curling was there when they needed a little joy in their lives. An emotional Kim, explained the impact the sport has had on her kids, particularly her son. “It was incredible for me to see him find something that he loves so much,” she says. “It changed the direction of his life completely. When he was first diagnosed they didn’t say he would make it to 18, so with that in mind we wanted him to be able to do anything he wanted. When you can find something, and do it for the rest of your life, that’s really incredible. We’re really just so thankful that he found this sport. I feel lucky that we found it.” Colton is now a 22-year-old student at Carleton University, while Camille is finishing her first year at Laurentian University and Calissa is getting ready to graduate high school, all three will be curling again in the Fall – with Mom and Dad in tow as their biggest and proudest fans. 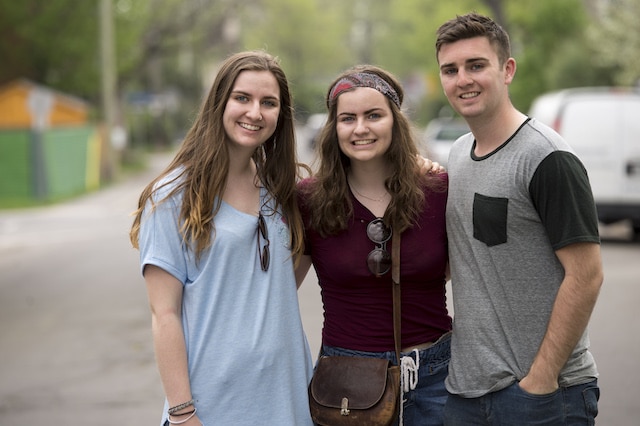