A Canadian curling legend will be taking his coaching talents overseas, it was announced today. Marcel Rocque, a four-time champion at the Tim Hortons Brier and a three-time Ford world men’s champion throwing lead rocks for Randy Ferbey’s Edmonton team, will be guiding the Chinese national men’s team through to the 2018 Winter Olympics in PyeongChang, South Korea. 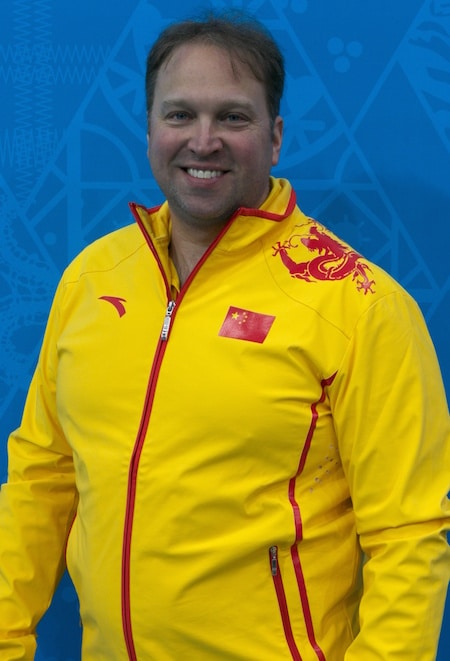 It’s the second time Rocque will be coaching China at the Winter Olympics. In 2014 at Sochi, Russia, he helped the Chinese men finish a respectable fourth, pushing Sweden’s Niklas Edin to an extra end before losing to the Swedes in the bronze-medal game. “It was an absolute thrill and a privilege to be able to participate in the 2014 Winter Olympics, and the opportunity to do that again was simply too good to pass up,” said Rocque. “Also, now that my kids are a little older, they’ll be able to share this experience with me and my wife at times in the leadup to 2018, and that will make this even more special. At the same time, I’ll be able to continue working on my coaching techniques with a long-term ambition of working more closely with Curling Canada and Canada’s curling athletes.” Last season, Rocque coached Team Rachel Homan to victory at the 2015 Home Hardware Canada Cup in Grande Prairie, Alta. Additionally, following the 2014 Winter Olympics, Rocque served as a High Performance Consultant for Curling Canada’s National Team Program. “Marcel is very well-respected within the curling coaching community, and he has an extremely bright future as a mentor to our athletes,” said Gerry Peckham, Director, High Performance for Curling Canada. “This will be a valuable opportunity for Marcel to continue to develop his coaching repertoire, and also to contribute to building the sport of curling outside of Canada.” Rocque has been granted a two-year leave of absence by Edmonton Public Schools from his position as a culinary arts instructor at J. Percy Page High School in Edmonton. “I’m truly grateful to Edmonton Public Schools for their support as I continue my professional development, both in the areas of curling as well as teaching and mentoring young people and helping them attain their goals and dreams,” said Rocque. “I’m a teacher at heart, and while this opportunity will take me abroad through to the 2018 Winter Olympics, my ambition is to return to the classroom and continue to work with students in the craft of culinary arts.”