This week, John sits down with Dana Ferguson, current second and long-time member of Team Val Sweeting, with whom she has had a ton of success, finishing second at back-to-back Scotties championships, hoisting a Grand Slam title, and playing in just about every major tournament you can imagine. John sat down with Dana as her team prepares to secure a Trials berth this season. Welcome to Magical Question Fun Time, the Curling Canada feature in which comedian John Cullen sits down with your favourite curlers for interviews like you have never seen. Each interview will feature eight questions: five standard questions that will be asked to each curler, two questions specific to that curler, and one question that the curler interviewed before them asks. 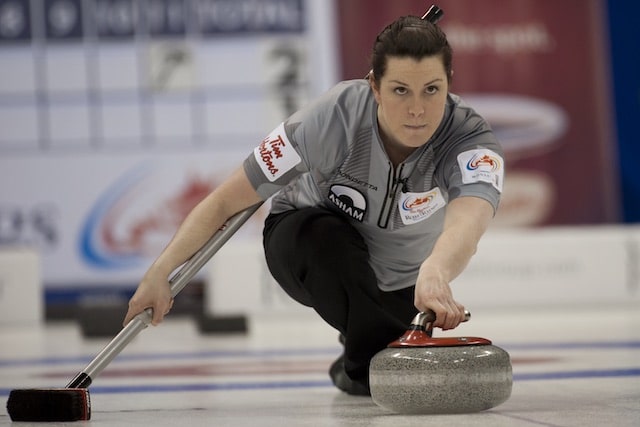 Dana Ferguson, second on Team Sweeting, in action at the 2013 Tim Hortons Roar of the Rings in Winnipeg, Man. (Curling Canada/Michael Burns photo)

1. What’s the nicest shot you’ve ever been a part of? Dana Ferguson: Well, this is hard for me because I forget everything when it comes to curling. [laughs] I legitimately forget every end almost immediately after it happens. John Cullen: Me too! [laughs] I don’t know what it is, maybe it’s playing front-end or something, but I don’t remember anything when the game is over, unless it was a really huge shot. DF: I forget those too sometimes. [laughs] I don’t know if it’s a front-end thing though. Rachelle (Brown, her teammate and lead of Team Sweeting) can remember everything that ever happened to our team, ever. JC: Maybe we’re the problem. [laughs] Though all of your games are on TV and you can go back and watch them, so what’s your excuse? I’m on TV once a year, if I’m lucky. DF: [laughs] Well, we’ve had a lot of big shots, but the first shot that comes to mind is when we won the Masters. We had this hack/board weight shot around a guard, and I remember thinking it was a lot harder than it looked. We swept as hard as we could and we were super close to the guard, but we made it. That was a big win and a bit shot. 2. Who could you take in a fight? DF: I am extremely scared of conflict. I think I would either cry or run in the other direction, but I am fairly agile and have pretty broad shoulders, so I think I could hold my own with most of the general public. JC: It sounds like perhaps you’re more ready than you think you are. DF: I took a cardio kickboxing class a few years ago, and I would say at that point, I probably wanted it. I was going out of my way to walk down dark alleys. [laughs] Then I got older and realized that was stupid and now I’m just back to my strategy of running away. JC: Past guest Joanne Courtney said she would do the same thing. Maybe you two should fight each other, and then it would just end up in a sprint. DF: [laughs] I’m pretty fast, I think it would be in my favor if it was a sprint, but I also think Joanne is more about action than she says she is. [laughs] 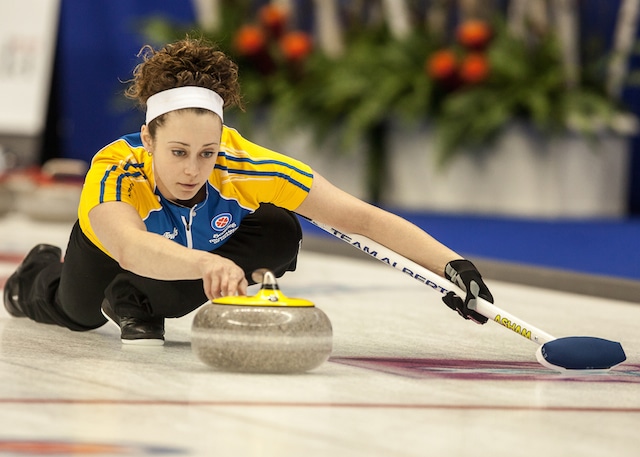 3. If a deli named a sandwich after you, what would be on it? DF: Lots of meat and cheese for sure, but the one rule I have is nothing spicy can even go near it. JC: Oh, are you one of those people that something like black pepper is “spicy” to? DF: Oh, for sure. Like mild salsa hurts my mouth. Rachelle is my go-to person when we go out for meals. She knows what will be too spicy for me. I usually ask her if I should order it and she’ll tell me what to do. JC: So like a king in medieval times had a taster to test for poison, you have Rachelle to test for spicy foods. I like it. What kind of meat and cheese would be on there? DF: Smoked gouda for sure, and then as far as the meat goes, I change my mind all the time. I never have any idea how I’m gonna feel day-by-day. JC: So it would be like my local pizza place that has a different special pizza every month. DF: No, I would change it every day. Like, they would call me in the morning and I would tell them what I’m feeling like. It would be very stressful for them. [laughs] We’ll call it the Fergie, obviously. 4. What’s the worst job you’ve ever had? DF: I distributed countertop samples. JC: What does that even mean? DF: Well, if you go to a hardware store, like Rona, Home Depot, etc., there are free samples for people to take home to see if they want to change up their countertop. So I would go to stores, see if they were down on their supply of samples, and restock them. JC: That sounds a lot like past guest Marc Kennedy’s job chasing around Pepsi trucks. Were you as bad at it as he was? DF: Oh, no, I was good. But it was awful. I would have to keep all of the samples in my car, and the company had no database of when the samples were taken out of the store, so I would have to call every store and figure out what they were missing. And this was pre-Google Maps days, so I would call the stores and have to decide what the fastest way to get to them was. It was horrible. 5. What’s a stupid thing you incorrectly believed was true for a long time? DF: [laughs] Oh boy, you ready for this? Okay, so my brother is 15 years older than me, and when I was around 6 to 8 years old, I had a tooth fall out and the tooth fairy didn’t come. I had lost a few teeth at that point, so I guess my parents just gave up or forgot. Anyway, in the morning, my brother told me that the tooth fairy didn’t come because he ran her over on his way home from the bar the previous night. [laughs] JC: [laughs] Oh my GOD! That’s unbelievable. DF: It really is. He made this whole huge story about how he was driving home and the tooth fairy came out of nowhere, and he hit her and cash and teeth just went flying everywhere. It was such a vivid story that I’m ashamed to admit how long I believed it was true, but it was easily years later. JC: How did you eventually figure out that your brother did not murder the tooth fairy? [laughs] That’s funny even just to say. DF: I think I was around my family and a girl was telling me how the tooth fairy hadn’t come for her, and I just calmly explained that the tooth fairy doesn’t come anymore because my brother hit her with his car. After my family stopped laughing, they corrected me and told me that didn’t actually happen. 6. Now we’re on to the Dana Ferguson-specific questions, and while I know you have a lot of nicknames, I’ve heard one in particular is interesting. How did you get the nickname Donna? 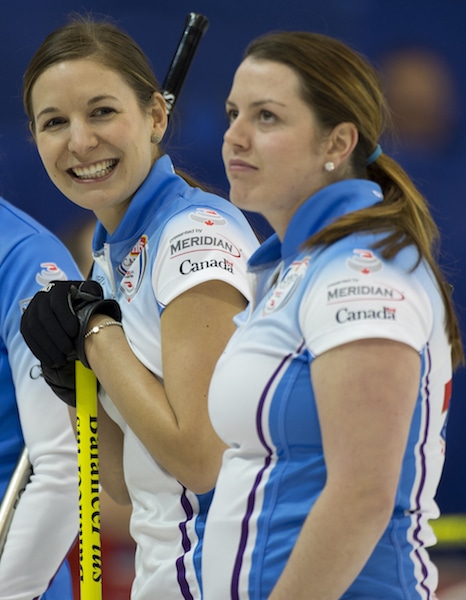 DF: [laughs] Okay, well this started at a party at Rachelle and her husband Cody’s house. We were playing a drinking game where you give people drinks. It’s a pretty social game and there was this really drunk girl who hadn’t been playing and I wanted to include her, so I gave her some drinks. Once I did, she just stood up and threw down her cards and said “F*** you, DONNA!” [laughs] I guess she almost knew who I was. Rachelle and I thought it was the funniest thing and it just stuck. JC: So is Rachelle the only one who calls you Donna, then? DF: Well, because I was drinking at the time, Donna actually has become my drunk alter-ego. I have a bit of a different personality when I drink. I get a little bit more sassy and a LOT more honest. If you would like to know what I think about you or anything else, just give Donna a call. She’ll tell you. JC: [laughs] I’m afraid to meet her. DF: Well, to be honest, she doesn’t come around too often anymore, but if you happen to be around her the couple times a year she comes out, be prepared to be told the truth. [laughs] 7. Now, you and Rachelle have gained some internet fame now for your dancing and karaoke skills (the two can be found on Instagram @pooksandfergie). Which curler do you think you would have the best karaoke/dance battle with? And you can’t choose Rachelle. DF: Ooh, I would have to say that Kaitlyn Lawes is the first name that comes to mind. I don’t know why, I just feel like she would be a good singer and dancer, and we would have a good battle. I have no idea if that’s true, but it seems like it is. JC: Well, I will say that she was the one who gave me the information that Marc Kennedy is a karaoke legend, as they did karaoke together in Japan. So she definitely has some experience. DF: Sounds like she would be a perfect fit. We have to make this happen. JC: Well, hopefully the three of us will all be in a spiel next season and I can be the referee. It should be a good battle. DF: I’m ready. [laughs] 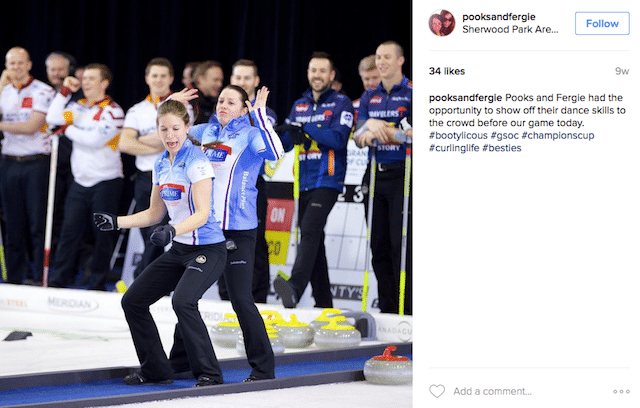 8. And finally, this question comes in from Brad Gushue, and it’s a doozy. He told me he wanted to put some heat on the next interviewee, and he did. So here goes: what is the biggest disappointment in your curling career so far? DF: Wow! He wasn’t kidding. It’s funny, I’ve gotten to know Brad over the last year or so with him being Val’s mixed doubles partner, and he’s a great guy. Now maybe I have to rethink that. [laughs] Just kidding. The saddest I’ve probably ever been was not going to the Scotties this year, actually. Normally I’m pretty good at getting over losses, but this one was actually a solid few days of me being depressed and pouty. JC: What made this loss so tough? DF: I think a big part of it was wanting to play at home in Grande Prairie. We had lots of people that were going to be there, and we felt like with it being at home, we would’ve had a good shot at winning. I’m not saying we were expecting that if we won the Alberta Scotties we would’ve won the Canadians too, but we just felt like with home-ice advantage it was going to put us in a great place. JC: Yeah, that’s always tough, especially when you consider the people who missed out. DF: I mean, we were in the final in Montreal the year before and had like, our families and six other people cheering for us and that’s it. Missing out on an experience where the whole crowd is pushing for you is tough. And we also had to hear about the loss a LOT afterwards, which is the worst. People would see us around at the club and they try to make you feel better, but it actually makes the depression stick around maybe a little bit longer. JC: All right, well sorry we had to end on such a low note, but thanks Dana for everything. I know you’ve said you want to make my question for the next guest a bit more personal, so we’ll save that for the next edition! Best of luck next season! 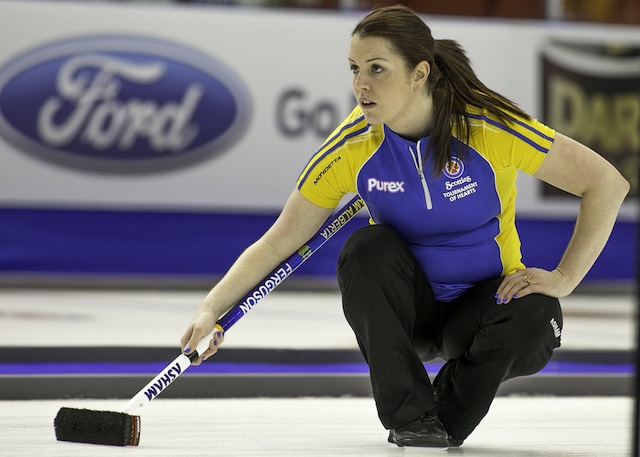 Want to see Dana Ferguson and Team Sweeting in action? They’re one of the teams competing at the 2016 Home Hardware Canada Cup in Brandon, Man., November 30-December 4. Order your tickets here.