Canada’s top mixed doubles curling teams will head to Saskatoon next April, hoping to get a step closer to a trip to the 2018 Winter Olympics in South Korea. 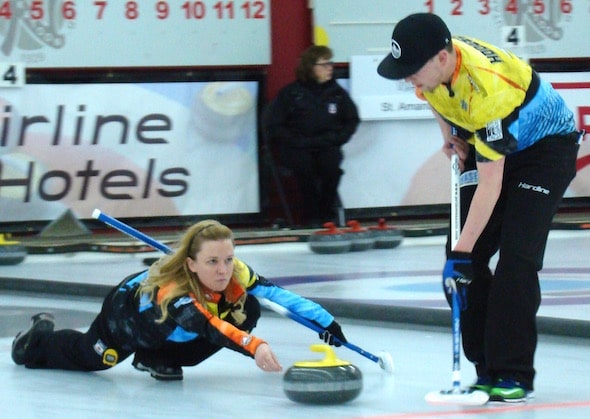 The 2017 Canadian Mixed Doubles Championship will pay a return visit to the Nutana Curling Club in Saskatoon from April 5-9, it was announced today by Curling Canada.

The Nutana Club played host to the highly successful 2016 edition of the Canadian Mixed Doubles Championship.

“All of the participants had rave reviews for the job Kory Kohuch and the Nutana Club did in hosting the 2016 event, so we were ecstatic to hear that they wanted to welcome everyone back next April,” said Hugh Avery, Chair of Curling Canada’s Board of Governors. “Everyone is excited to see mixed doubles curling continue to grow in Canada, and with the Winter Olympics looming large, we expect a highly competitive event in Saskatoon.”

The top three finishers at the 2017 Canadian championship will advance directly to the 2018 Canadian Mixed Doubles Olympic Trials (Jan. 2-7, location TBA). If Canada can secure a berth into the 2018 Winter Olympics in PyeongChang, the Trials will decide Canada’s first Olympic mixed doubles team.

“We’re thrilled to have another opportunity to host this elite championship,” said Kory Kohuch, general manager of the Nutana Club. “Our Co-Chairs Kristie McNair and Jennifer Colwell, our volunteers and our club members will be ready once again to put on a terrific show for the athletes and fans who will be in attendance.” 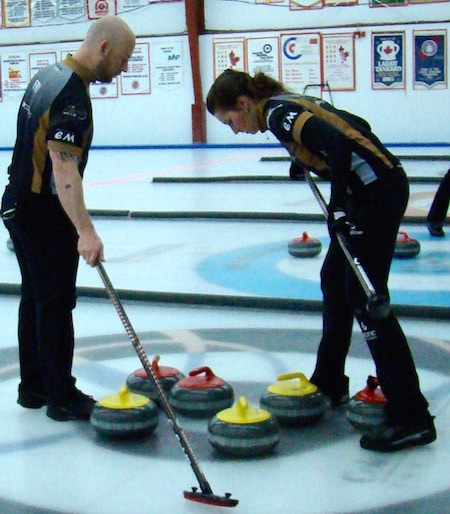 That event will determine the final eight-country field for the 2018 Winter Olympics; the countries with the top seven combined results from the 2016 and 2017 World Mixed Doubles Championships will join the South Korean host team in PyeongChang. Canada’s Marliese Kasner and Dustin Kalthoff placed fifth at the 2016 Worlds in Karlstad, Sweden.

As was the case in 2016, 32 teams (one woman, one man) will compete in Saskatoon, with the teams divided into four round-robin pools of eight, with the top two from each pool and the next four best round-robin records moving onto the 12-team single-knockout playoff round.

The field will be determined by the following criteria:

Two of the regional qualifiers, in which Trials berths also will be on the line, have already been set up — the second annual Canad Inns Mixed Doubles Classic, Sept. 30-Oct. 3 in Portage la Prairie, Man., and the second annual Wall Grain Mixed Doubles Classic, Nov. 14-16 in Kimberley, B.C. Dates and location for the third event will be announced later.

The Mixed Doubles game format is played over eight ends (instead of the usual 10). Each team has only six stones and one of those stones from each team is prepositioned on the centre line before every end of play. One player delivers the first and last stones of the end while the other player throws the second, third and fourth stones. If they choose to, the two players may swap positions from one end to the next. Both team members are also allowed to sweep.