Historic Kingston, Ont., will play host to Canada’s best club curling teams in 2017, it was announced today by Curling Canada. 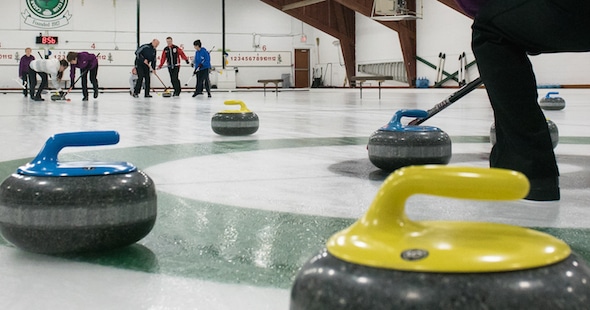 The 2017 Travelers Curling Club Championship will be played Nov. 20-25 at the Cataraqui Golf and Country Club.

It’s historic for a couple reasons. The Cataraqui Club is celebrating its 100th birthday in 2017, and Canada will be in the midst of its 150th birthday celebrations. Kingston, of course, was the first capital of Canada.

A total of 14 men’s and 14 women’s teams from Curling Canada’s Member Associations — the 10 provinces, three territories and Northern Ontario — will contest the Travelers Curling Club Championship in Kingston.

“The Travelers Curling Club Championship is a wonderful blend of competitive curling and the Spirit of Curling,” said Hugh Avery/Peter Inch, Chair of the Curling Canada Board of Governors. “The athletes who will be in Kingston will be wearing their provincial or territorial jackets with pride, because playing at a national championship is an opportunity that is rare and should be cherished. But I also know that throughout the week, the curlers will be getting to know one another and developing friendships that will last a lifetime. The fact they get to do it in a historic city such as Kingston, with the committed group of volunteers who will be putting on the championship, will make this a wonderful event.” 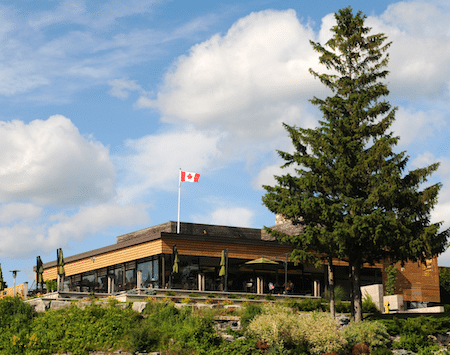 The clubhouse at the Catarqui Golf and Country Club.

It will be the ninth edition of the Travelers Curling Club Championship, a week-long event that takes place in a different Canadian city each year, and offers an elite national championship experience to Canada’s top club curlers.

“We are pleased to continue our title sponsorship of the 2017 Travelers Curling Club Championship as it reflects our commitment to the communities where we live, work and play,” said Shelagh Paul, Vice President, Marketing and Communications at Travelers Canada. “We look forward to bringing this unique Canadian event to the City of Kingston and the Cataraqui Club next November. Thank you to Curling Canada, the Cataraqui Club and the Host Committee in advance for their dedication to creating an unforgettable experience for the athletes and the curling community.”

At the 2015 championship in Ottawa, Newfoundland/Labrador captured the men’s title while Prince Edward Island won the women’s title.

Overall, Alberta has won three men’s titles, followed by Saskatchewan with two; Ontario and Newfoundland/Labrador have won one apiece.

On the women’s side, Ontario teams have won three times, followed by Manitoba with two, and Alberta and P.E.I. with one apiece.

“Kingston has a rich tradition of putting on first-class curling events, and the 2017 Travelers Canadian Club Championship will be no exception,” said Host Committee Chair Ken Thompson, who also chaired the Host Committee for the 2013 Scotties Tournament of Hearts. “We’re going to make sure that the athletes, their families, officials and the fans who attend the 2017 Travelers Canadian Club Championship have a positive experience and head home with smiles on their faces.”

The 2016 Travelers Canadian Club Championship will be played Nov. 20-26 in Kelowna, B.C.