A Canadian curling icon will officially take her place among our country’s sporting legends during the Canada’s Sports Hall of Fame induction ceremony tonight in Toronto. 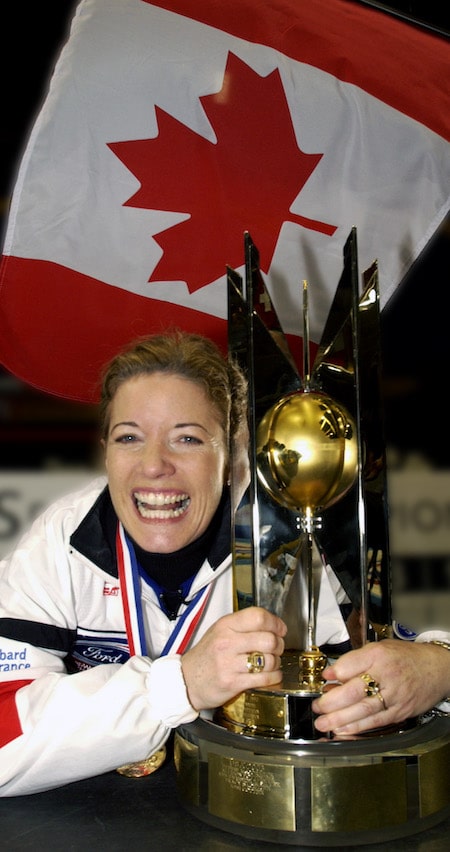 Six-time Scotties Tournament of Hearts and two-time World Women’s champion Colleen Jones of Halifax is one of seven inductees who are being honoured during the ceremony at the Four Seasons Centre for the Performing Arts.

“When you walk through the Hall of Fame and see the level of talent and greatness that Canadian sport has — you’re in awe of the people you’re going in with,” said Jones of her induction. “Not just the curlers, but all of the athletes who’ve done so many inspiring things. Their journeys have been incredible, and to be in the Hall with all those people is mind blowing for me. It’s a pinch-me thing!”

Her team of third Kim Kelly, second Mary-Anne Arsenault and lead/vice-skip Nancy Delahunt made history with their four consecutive Scotties triumphs, from 2001 through 2004. Taking into account their victory in 1999, they won an amazing five Scotties titles in six years.

“Colleen has exemplified the best qualities of Canadian curling during her brilliant career, and we couldn’t be happier to see her take her place in Canada’s Sports Hall of Fame,” said Peter Inch, Chair of Curling Canada’s Board of Governors. “Curling Canada is thrilled to have played a role in Colleen’s success over the years, and I know that I speak on behalf of every Canadian curling fan in offering our congratulations. It’s gratifying to see Colleen, and our sport, taken to greater levels of recognition by being part of tonight’s ceremony.”

Jones will be the 15th curler to become an Honoured Member of Canada’s Sports Hall of Fame. 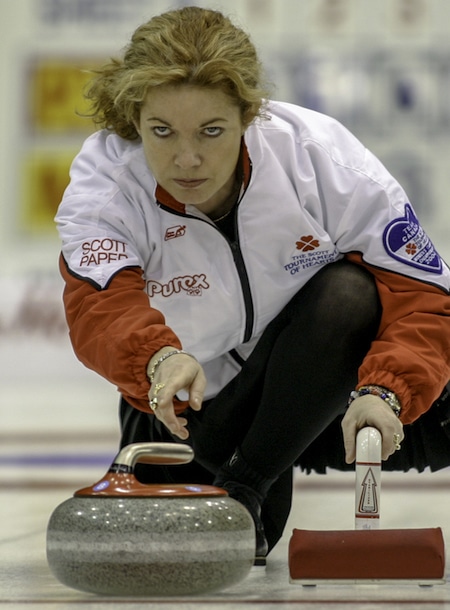 “When I looked at those names, it just sent goosebumps down my back,” said Jones of her fellow curling Honoured Members. “Being in the Hall with those legends, it made me feel really humbled and proud. Those are the legends of sport.”

“It’s lofty company, but my teammates, Kim Kelly, Nancy Delahunt Mary-Anne Arsenault, Laine Peters and Mary Sue Radford — curling is such  team sport and I wouldn’t be going in without them,” said Jones. “And that first team (1982 Scotties champs) with my sisters Monica and Barb — they will be at the ceremony tonight, which is wonderful. You can’t there without the help of everybody along the way; teammates in curling are everything. I also had tremendous support over the years from Curling Canada, and High Performance Director Gerry Peckham — it truly was a team effort.”

For full biographies of the Class of 2016, please visit www.sportshall.ca