When Allison Flaxey found herself at the top of the Canadian Team Ranking System leaderboard, most people dismissed it as an early-season anomaly. But following this weekend’s Grand Slam final in Okotoks, Alta., it’s clear the Caledon, Ont., foursome is intent on staying near the top. Before the World Financial Group Masters event, Flaxey had qualified in her previous five events, losing two finals. While early on that put her in the CTRS lead, Winnipeg’s Jennifer Jones eventually gained some traction and surpassed her. That didn’t last long. 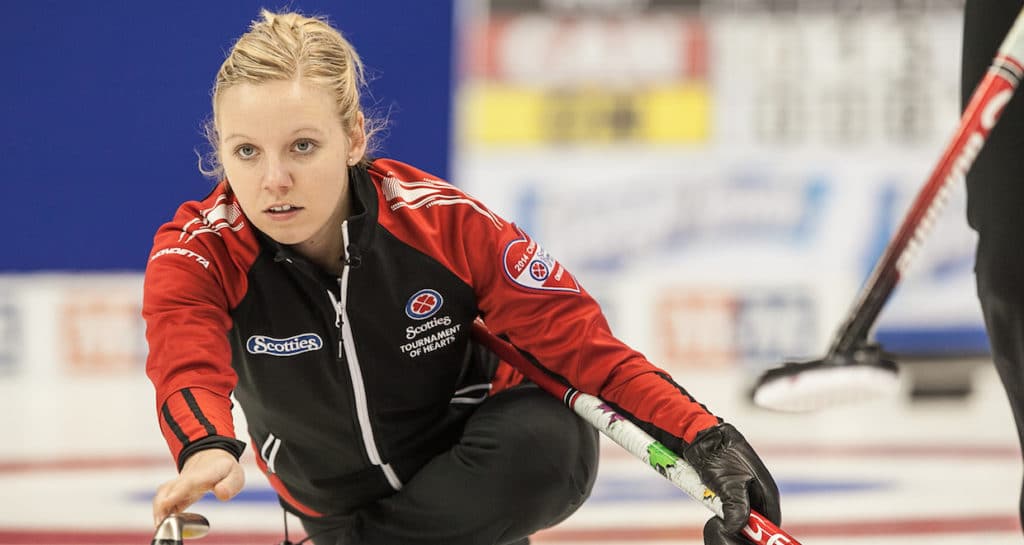 Flaxey’s squad with Clancy Grandy, Lynn Kreviazuk, and Morgan Court, started the weekend with a win over Jones, but suffered defeats to Switzerland’s Binia Feltscher and Russia’s Anna Sidorova. A win versus Chelsea Carey (Calgary) qualified them for a tiebreaker. They beat Kerri Einarson (Winnipeg) to qualify for the playoffs, then rattled off two more wins to reach the final against Ottawa’s Rachel Homan. Homan, who had won three of the last four Masters titles, was a heavy favourite despite a shaky outing against Jones in the quarter-finals. After stealing an extra end win in that game, she defeated Sweden’s Anna Hasselborg to reach the final. After trading singles early on, Flaxey popped a big end in the fifth to go up by three. She then forced Homan to one in the sixth, and took a single back in the seventh before running Homan out of rocks in the eighth and final end. With the win, Flaxey took home $30,000 and her first Grand Slam title. Perhaps more importantly, she gained 84.739 points on the CTRS which vaulted her back into first place, surpassing Jones (who earned 36.317 points for her quarter-final exit). 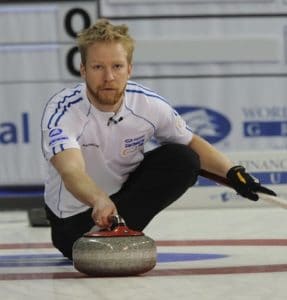 While Jones and Homan have already qualified for the Olympic trials at next year’s Tim Hortons Roar of the Rings, every other women’s team in the country in vying for points, trying to join them. Flaxey’s Slam victory will go a long way in that department. On the men’s side, Sweden’s Niklas Edin stole his first Grand Slam win from Brad Jacobs (Sault Ste. Marie, Ont.) in the Okotoks final. While Jacobs had been in control for most of the game, Edin was able to score two in the eighth to force an extra end. With Jacobs sitting in the four-foot, covered by a pile of granite, Edin made an incredible double-raise-tick takeout to move the Jacobs stone. Jacobs was able to remove Edin’s shot, but rolled out, leaving an opportunity to draw behind the guards. The Swedes made it perfectly, leaving Jacobs a tough slash attempt, which he missed. Edin’s win was the first by a non-Canadian in a men’s Grand Slam. Jacob’s runner-up finish earned him $18,000 and 65.291 CTRS points, moving him into second place behind Team Brad Gushue. Team Gushue, still being skipped by Mark Nichols in place of the injured Gushue, reached the quarterfinals and earned 35.613 points.