The world’s best women’s curling teams will contest a world title in North Bay, Ont., it was announced jointly today by Curling Canada and the World Curling Federation. 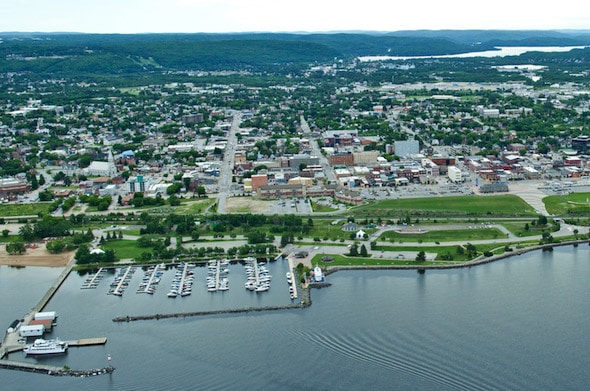 “It is my pleasure to confirm that we will be taking the 2018 Ford World Women’s Curling Championship into new territory in Canada, with North Bay, Ontario, the host city,” said Kate Caithness, President of the World Curling Federation. “Congratulations to the organizing committee on their successful bid and all the very best as they prepare for this first-class curling event in Ontario. I look forward, with much anticipation, to coming here shortly after the 2018 Olympic and Paralympic Winter Games in PyeongChang.”

It will be just the second time the Ford World Women’s Curling Championship has been played in the province of Ontario; the only previous occasion was in 1996 in Hamilton, when Marilyn Bodogh thrilled her home-province fans with a gold-medal triumph.

“North Bay is curling country, so I know the 2018 Ford World Women’s Curling Championship is going to do very well; not just with the people in North Bay, but also with the entire Northern Ontario region,” said Peter Inch, Chair of Curling Canada’s Board of Governors. “Working collaboratively with our friends at the World Curling Federation, I have every confidence that North Bay’s curling community and its amazing volunteers will put on a spectacular show.” 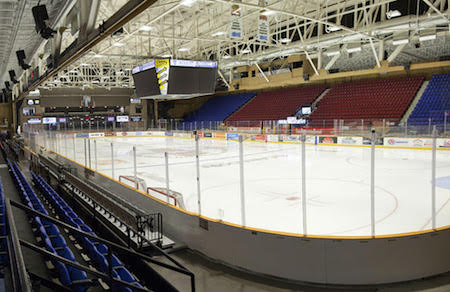 The North Bay Memorial Gardens can seat just over 4,000 fans for hockey games when the Ontario Hockey League’s North Bay Battalion is in action. The arena dates back to 1955, but underwent a massive renovation in 2013 to bring the facility up to date.

“We are extremely honoured to have been chosen to host the 2018 Ford World Women’s Curling Championship,” said North Bay Mayor Al McDonald. “It is a great opportunity to showcase our beautiful community to the region as well as visitors attending from around the world. We are looking forward to treating everyone to a memorable week of women’s curling right here in the City of North Bay.”

“This is truly exciting news for both our curling community and our entire region as a whole,” added Vic Fedeli, MPP-Nipissing. “Hosting an event of this calibre will attract many new visitors to our area and showcase what the City of North Bay and surrounding District of Nipissing have to offer.”

“We are so pleased to have been awarded the 2018 Ford World Women’s Curling Championship,” said Host Committee Vice-Chair Dave Bennett. “This brings to a reality our vision as a curling community and City after hosting the 2015 Canadian Mixed Curling Championship, confident in our ability to host an even larger event showcasing our first-class facilities! Along with my fellow Vice-Chair Rick Miller, we want to thank the hard-working members of our bid committee for their tireless efforts.”

“I couldn’t be happier for the North Bay Granite Club, the City of North Bay and our Northern Ontario curling fans for their tremendous support,” added Leslie Kerr, Executive-Director of the Northern Ontario Curling Association. “We look forward to welcoming the world to North Bay in 2018!”

The Ford Motor Company of Canada began its involvement as title sponsor of the world curling championships in 1995 in Brandon, Man. 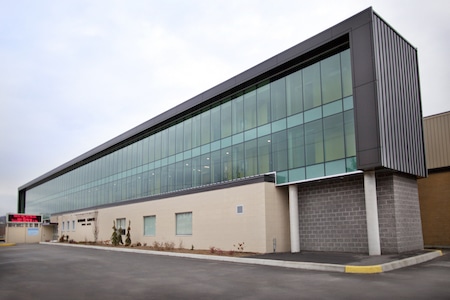 “Ford of Canada is proud to be entering our 23rd year in partnership with Curling Canada,” said Mike Herniak, General Manager, Eastern Market Area for Ford Motor Co. of Canada. “We are honoured to be title sponsor of the 2018 Ford World Women’s Curling Championship, a truly world-class event. On behalf of Ford, I want to thank the City of North Bay, the host committee and all the volunteers who we know will make this event a great success.”

The format for the Ford World Women’s is a 12-team round robin, with the top four teams qualifying for the Page Playoff system. The first- and second-place teams meet in the 1-2 game, with the winner advancing to the gold-medal game. The loser goes to the semifinal to meet the winner of the 3-4 game in order to determine the other finalist. The bronze-medal game pairs the semifinal loser against the loser of the 3-4 game.

The world women’s championship began in 1979 in Perth, Scotland, and was contested separately from the men’s championship through 1988. During that time, the women’s event was held twice in Canada, in 1983 in Moose Jaw and 1986 in Kelowna, B.C.

Canada has won a leading 15 women’s world titles since 1979, but is in the midst of a gold-medal dry-spell dating back to Jennifer Jones’s victory in 2008 in Vernon.