Big win in front of home-town crowd for Team Jacobs

To say Brad Jacobs got his season back on track would be rude. By most team’s standards, it was never really off track. With a World Curling Tour win in Saskatoon and a Grand Slam runner-up in Okotoks, Alta., it would seem that the Sault Ste. Marie, Ont., foursome was playing at a high level. 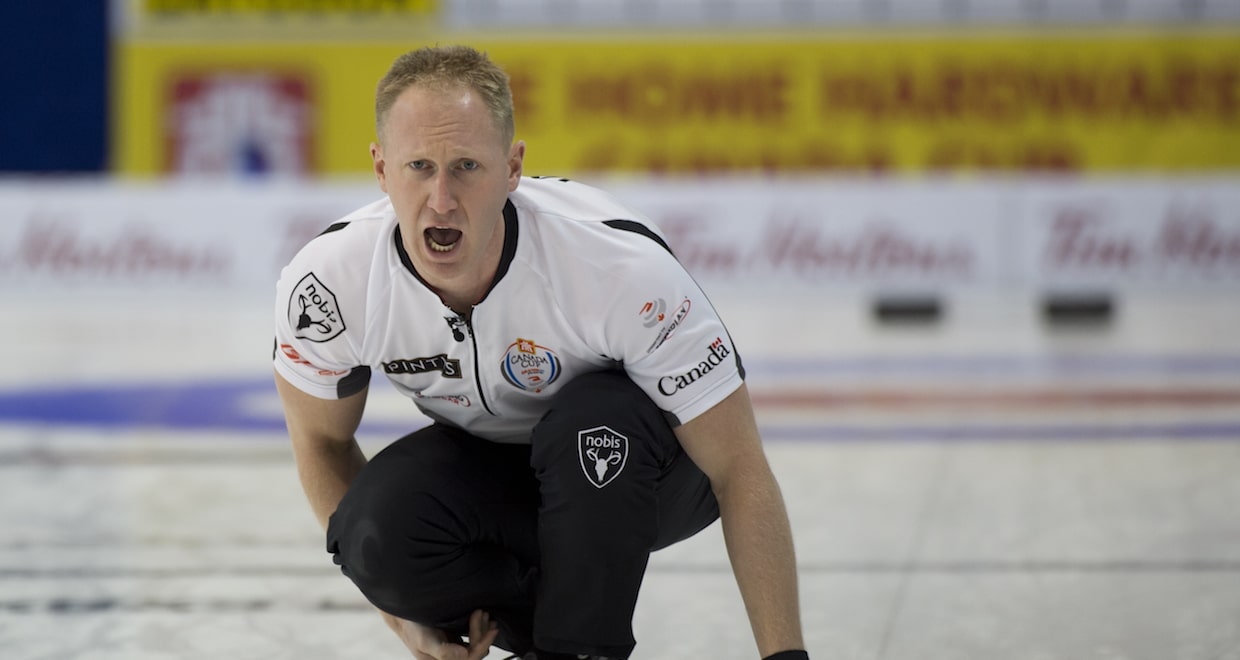 But for Jacobs and the boys – third Ryan Fry, second E.J. Harnden and lead Ryan Harnden – something was off. Since Okotoks, they lost a tiebreaker to qualify at the following Slam in Cranbrook, B.C., then lost their last three (including another tiebreaker) at the Home Hardware Canada Cup in Brandon, Man. Once again this week, Team Jacobs found themselves in a tiebreaker, but finally something clicked into place. “It would have been devastating to lose another tiebreaker,” Jacobs said of his 3-2 win over Switzerland’s Peter de Cruz. “Once the boys swept that [last rock] end-to-end for that win, it was a real confidence boost.” Jacobs went on to beat John Morris (Calgary) in the quarterfinals, then Brad Gushue (St. John’s) in the semifinal, both times by taking three in the eighth and final end. The Grand Slam’s five rock Free Guard Zone helped make that possible. “There’s a big difference from four to five rock [free guard zone],” said Jacobs. “We knew a two-point lead isn’t safe. You can’t run away with it. There’s always a sense of hope, you just can’t get too down.” “We hung in, stuck together,” he continued. “While we didn’t make everything, we made the ones we had to; the ones that meant the most.” Jacobs went on to beat Winnipeg’s Reid Carruthers 4-2 in the final, lifting the trophy for the hometown crowd. “Playing at home was a great thing. We had the comforts of home, but we were still playing a big tour event,” said Jacobs. “The difference was that we could really prepare the way we wanted to. We were really ready to go for each game.” The win earned Team Jacobs $30,000 and 81.456 points, which moves them into fourth on the Canadian Team Ranking System. Carruthers, meanwhile earned 64.001 points, and moved into first overall on this season’s CTRS rankings, knocking Gushue into second place. On the women’s side, Winnipeg’s Kerri Einarson won her first Grand Slam event, taking down Silvana Tirinzoni (Switzerland) in the final, 5-3. Einarson had beaten Russia’s Anna Sidorova, and another Swiss team, two-time world champion Binia Feltscher, in the quarter- and semifinals respectively. 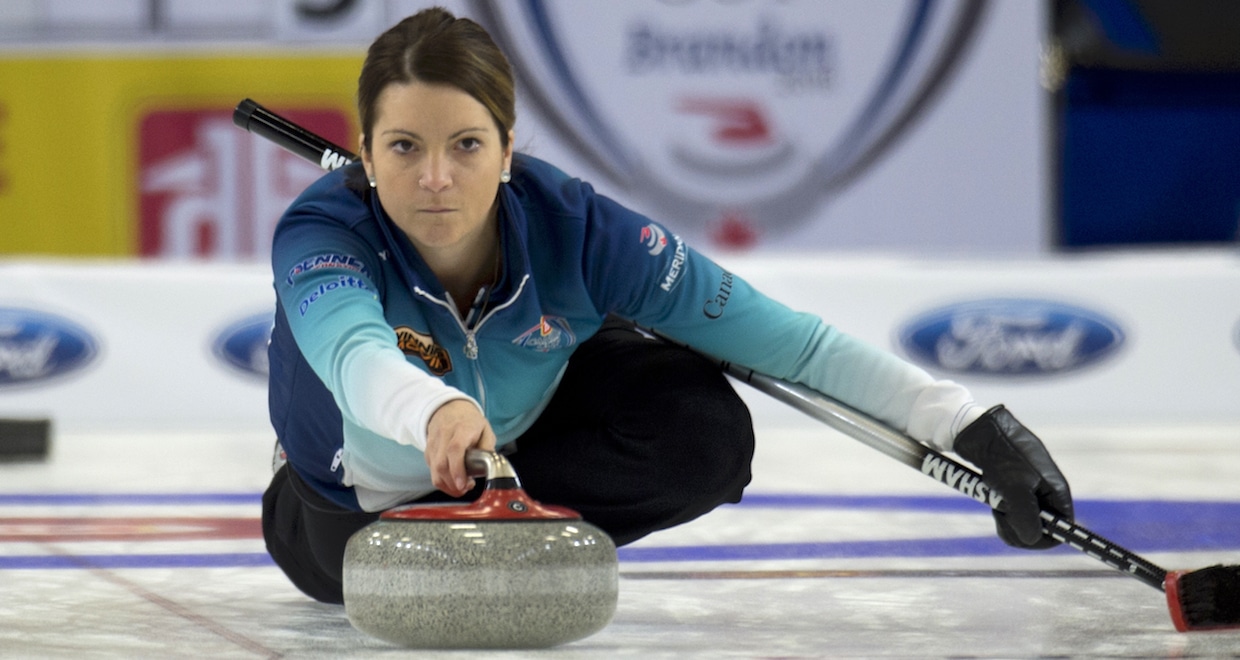 Like Jacobs, Einarson earned $30,000 for the main prize, and also added to her CTRS totals by 84.142 points. After a semifinal finish at the Canada Cup, and a Grand Slam win, Einarson looks to be building momentum towards defending her Manitoba championship. This year, however, Winnipeg’s Jennifer Jones will be back in the Manitoba mix, after representing Team Canada at the Scotties in the 2016 playdowns. Meanwhile, it was a quick turnaround for Edmonton’s Val Sweeting and Team John Morris. They took off Monday morning to Japan for the annual Karuizawa International Bonspiel.