Gushue back in top form with Slam triumph

Don’t call it a comeback…

When you look at this year’s Canadian Team Ranking System men’s standings, it’s very easy to forget that Brad Gushue has barely played this season due to injury. 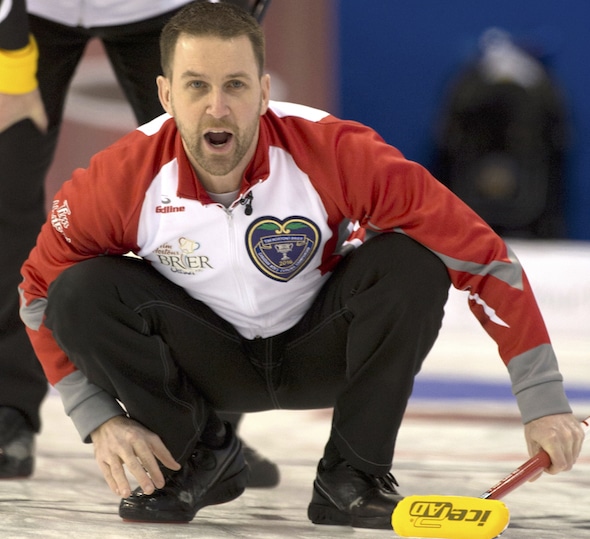 Brad Gushue’s win on the weekend in North Battleford, Sask., has his team back on top of the CTRS men’s standings. (Photo, Curling Canada/Michael Burns)

But with the St. John’s native back in the lineup, and his team sitting at the top of the CTRS table, it would appear that his recovery is complete — especially considering this past weekend’s results in North Battleford, Sask., at the Grand Slam of Curling’s Canadian Open.

In only his second event back in action, Gushue (along with Mark Nichols, Brett Gallant and Geoff Walker) took home the top prize, defeating Sweden’s Niklas Edin in the final. A second-end mistake from Edin opened the door for the Newfoundland squad to score four, giving it a lead it would build on for the rest of the game.

For the win, Gushue took home $30,000 and 81.8608 CTRS points, which pushed him back into the No. 1 spot on this season’s CTRS, and extended his lead in the World Curling Tour rankings (over No. 2 Edin). While there is still a lot of curling to be played, four of the spots at the upcoming Tim Hortons Roar of the Rings will be based on CTRS numbers at the end of this season, meaning it’s quite likely that Team Gushue will be in Ottawa in December, competing for the right to wear the Maple Leaf at the 2018 Olympic Games.

John Morris’s Kelowna, B.C., team and Brad Jacobs (Sault Ste. Marie, Ont.) were semifinalists, before falling to Edin and Gushue respectively. Another Grand Slam playoff run for Jacobs pushes his team into third place on the CTRS. For Morris, his third qualifying performance at this season’s Slams leaves him in sixth place on the rankings. 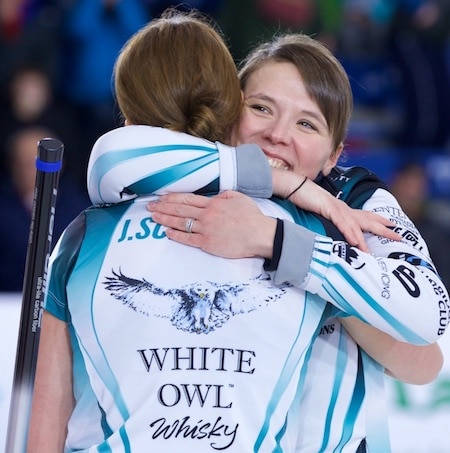 The women’s side, however, was not decided in a final between No. 1 and No. 2 in the world. Instead, it was a Grand Slam rookie who took home the top prize after grinding out a series of victories over World No. 1 Rachel Homan (Ottawa), No. 2 Jennifer Jones (Winnipeg), No. 3 Silvana Tirinzoni (Switzerland) and No. 4 Val Sweeting (Edmonton).

Casey Scheidegger of Lethbridge, Alta., had never even played in a Grand Slam main event until this weekend; she did, however play in the Tier 2 GSOC event earlier this season.

But after qualifying through the C-side, she (along with teammates Cary-Anne McTaggart, Jessie Scheidegger and Stephanie Enright) became a giant-killer, taking down all the top teams in the world, and finishing with a final-end steal over Tirinzoni in the championship game.

The Lethbridge foursome has been on a roll this season, winning four World Curling Tour events. The hot streak has earned them fifth place on the women’s CTRS. They also earned $30,000 and 80.9942 points for this weekend’s win.

Sweeting and Sweden’s Anna Hasselborg were semifinalists and each earned 49.175 points.

In an interesting twist, Team Gushue lead Geoff Walker and Team Scheidegger lead Stephanie Enright are siblings, making it the first time a brother-sister combo has each won a Grand Slam event on the same day.