Some of the most iconic shots in curling history will be paid tribute in a brand-new Ford Hot Shots skills competition this season. 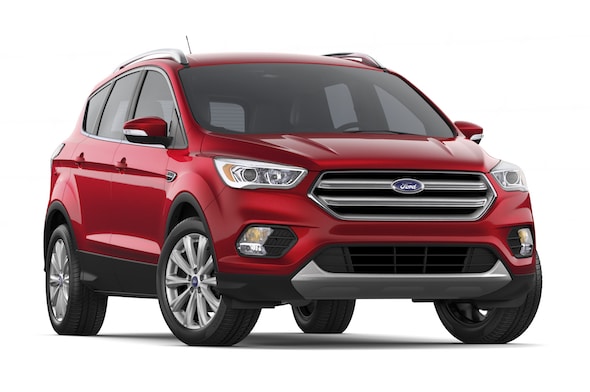 The annual competition, which is a staple of the opening weekend at the Scotties Tournament of Hearts and Tim Hortons Brier, is being staged for the 23rd consecutive year, and will offer players a chance to win a two-year lease on a 2017 Ford Escape SE from Ford of Canada.

Players in the main round-robin fields of both the Scotties Tournament of Hearts (Feb. 18-26 in St. Catharines, Ont.) and Tim Hortons Brier (March 4-12 in St. John’s) will be tested in five different shots, including two that replicate famous shots made by Northern Ontario’s Al Hackner, in the 1985 Brier final, and Saskatchewan’s Sandra Schmirler, in the final of the 1997 Olympic Trials.

The Hackner shot was a razor-thin double-takeout against Alberta’s Pat Ryan to score two in the 10th end and force an extra end, in which Hackner stole the winning point.

The Schmirler shot, a steep in-off, scored a game-turning three in the 1997 Trials final in Brandon, Man., against Alberta’s Shannon Kleibrink. Schmirler would go on to win that game, and followed up with a gold medal at the 1998 Winter Olympics.

Adding to the excitement will be three other always crowd-pleasing shots: a straight raise to the button; a drag-effect double takeout; and an around-the-horn triple-takeout to score two.

Players will be given a series of points, from five to zero, depending on how well they executed the shot.

The winner will go home with a two-year lease on a 2017 Ford Escape SE (approximate retail value $33,139). Ford’s ever-popular Escape SUV has always been about giving drivers what they want: more choices, more innovation, and an undeniably fun driving experience.

The 2017 Escape follows this trend and is all about making your drive safer and easier. One of many available technologies includes Ford’s SYNC Connect (available for the first time with the 2017 Escape) that allows owners to communicate with their vehicles remotely using FordPass — an app available with select smartphone platforms (message and data rates may apply). From unlocking doors to starting the engine while inside the curling club, to checking tire pressure, battery and fuel levels (and even finding your car if you’ve forgotten where it’s parked), SYNC Connect is ready when you are.

Once you’re behind the wheel, the optional SYNC 3 is also at your disposal—featuring in-car voice recognition, an intuitive smartphone-like touchscreen, and a user-friendly interface.

Featuring innovative technologies, improved features, driver-centric systems for control and performance, and stunning design, the Ford Escape has everything you’re looking for in an SUV. The 2017 model continues to offer drivers the automotive experience they deserve.

At the Tim Hortons Brier, the Ford Hot Shots preliminary round will begin at 1:30 p.m. (NST) on Friday, March 3. The four-man playoffs begin at noon on Saturday, March 4.