Tyler Tardi and Kristen Streifel are staying close to the leaders as the round robin continues at the 2017 World Junior Curling Championships today at the Gangneung Curling Centre in Gangneung, South Korea. 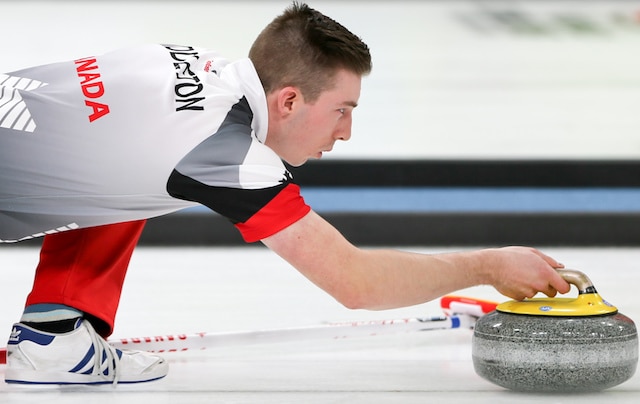 Tardi’s B.C. team from Langley/New Westminster (vice-skip Sterling Middleton, second Jordan Tardi, lead Nick Meister, alternate Nicholas Rabl, coach Paul Tardi) bounced back from a morning loss to steal three ends on the way to a 7-3 win over China’s Zhi Yu Wang on Friday evening. “We’re playing better every game and the momentum just keeps on getting stronger, so we’re really excited to see how the weekend’s going to turn out,” said Tardi. After scoring a single in the first end, Canada stole a deuce in the second to set the tone for the game. They added two more steals to go ahead 6-1 after seven and never looked back. “We were playing really well and we were making them pay when they missed a shot. When they missed one we always made our second one so that was always a boost in confidence.” It was a strong effort from a team that struggled to get any offence going earlier in the day against South Korea’s Ki Jeong Lee, who jumped out to an early 5-1 lead. “[Korea] is a great team and we were struggling a bit to come back,” said Tardi about falling behind in the first few ends. “We got a little unfortunate in the first end but we gave them what we had and they made all their shots. We can’t really complain too much with them playing well, so we’re happy with how we played. Just the wrong side of the inch and we couldn’t come back.” 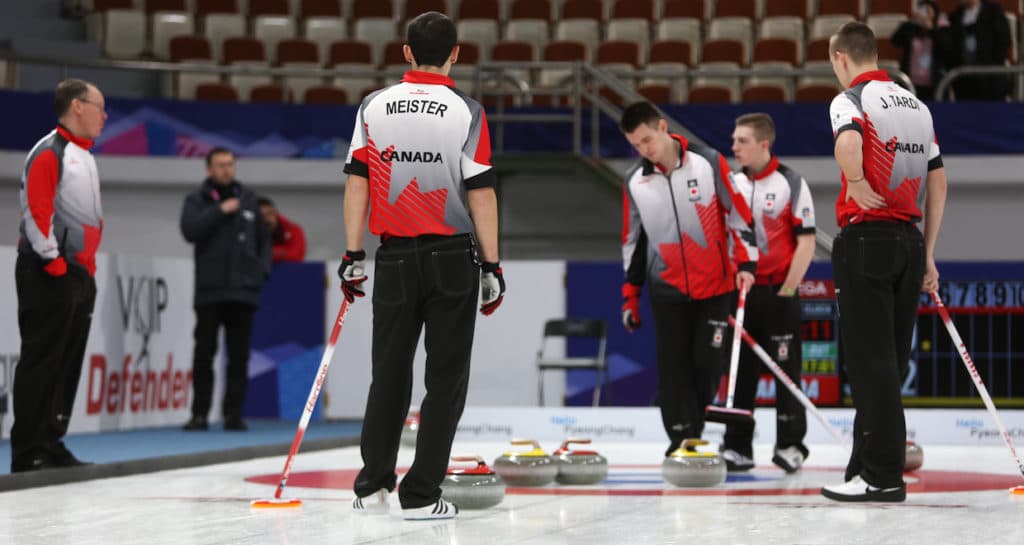 In the women’s round robin, Thursday was bounce-back day for Kristen Streifel and her Edmonton-based team of vice-skip Chantele Broderson, second Kate Goodhelpsen, lead Brenna Bilassy, alternate Karlee Burgess and coach Amanda Dawn St. Laurent. After a tough loss against Sweden on Wednesday night, Streifel rebounded on Thursday with a 7-5 win over Switzerland’s Selina Witschonke. “It was a very patient game,” said Streifel afterwards. Tied 5-5 after eight, Canada took a single in nine, then stole another in the tenth to put the game away. “I think our main goal going into this game was shot management and we knew that if we could really focus on that this game we could keep it close and ultimately that would be maybe what would put us in the best position in the end. I think the girls, the sweepers, were really great and the line calling was really great this game.” 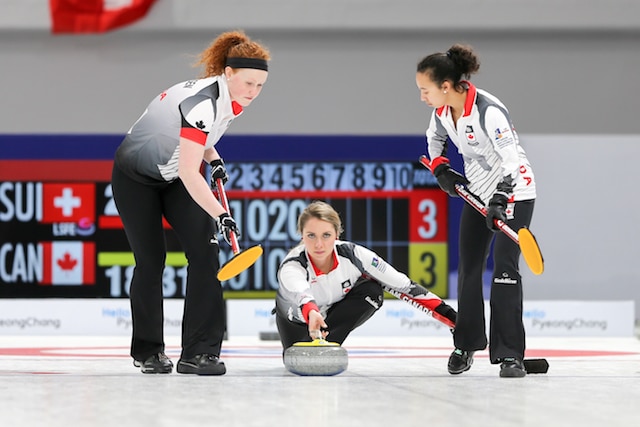 Saturday will be a day off for Tardi and his crew, while Streifel will have just one game, against Turkey’s Dilsat Yildiz (5 a.m. EST). Event information, including news and live scoring, are available at the event website, www.worldcurling.org/wjcc2017 As well, selected games will be streamed live on the World Curling Federation’s Youtube channel, www.youtube.com/WorldCurlingTV