Tiebreaker for Tardi; Streifel set for playoffs at World Juniors

An extra-end 9-8 loss to Scotland means Canada’s Tyler Tardi will have to win a tiebreaker against Norway in order to clinch a berth in the playoffs of the 2017 World Junior Curling Championships in Gangneung, South Korea. 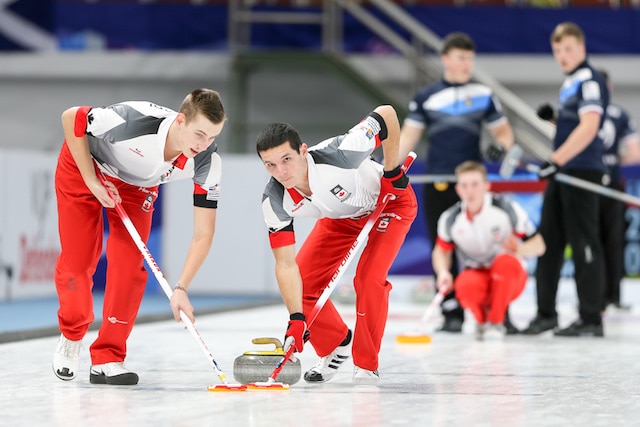 Tardi and his B.C. team from Langley/New Westminster (vice-skip Sterling Middleton, second Jordan Tardi, lead Nick Meister, alternate Nicholas Rabl, coach Paul Tardi) gave up a steal in the first end and fell behind 5-2 when Scotland’s Cameron Bryce scored a big three points in the third. After that, it was a chase to take back control. A deuce by Canada in ten forced the extra end, where Bryce’s final draw stopped just in time for the winning point. “We’re a little disappointed obviously,” said Tardi. “We would have liked to be in the 1-2, but we never signed up for the easy road.  We’ve got to look forward and not back.” “I think we just got a little unfortunate with the ice, but they played great,” he said. “The ice was tough but that’s how the game is sometimes.  I guess we’ll find out tomorrow how we’ll recover from this (loss).” Earlier in the day, Streifel and her Edmonton-based team of vice-skip Chantele Broderson, second Kate Goodhelpsen, lead Brenna Bilassy, alternate Karlee Burgess and coach Amanda Dawn St. Laurent reclaimed their form after two straight losses and breezed to a 9-3 win over USA’s Annmarie Dubberstein to clinch a playoff berth. “Heading into today, we just knew that it was a fresh day,” said Streifel about the team’s ability to bounce back. “I’m really proud of the girls for their performance and all we could do was win this game and see how the cards fall and we put ourselves in a really good position. I think we came out a lot stronger in the first couple ends and were able to keep the lead, and just made some good shots and continued with the momentum.” 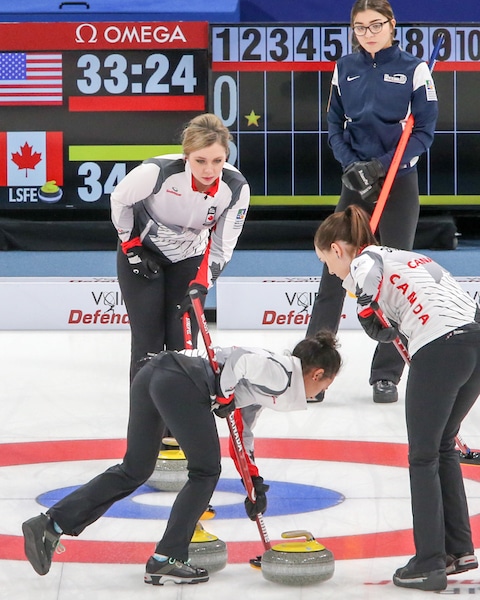 “I think we are going to try to put the round robin behind us a bit,” she said about the team’s struggles after such a strong start. “We had some good games and we also didn’t play our best the whole time. Our first goal was to qualify for playoffs and now we can take a deep breath and settle in and get ready to play a few more games.” Tardi will meet Norway’s Magnus Ramsfjell in a tiebreaker on Friday (Thursday 7 p.m. EST) to determine who goes on to the Page 3 vs 4 game (Friday 5 a.m. EST), while Streifl awaits the winner of a tiebreaker between Korea and Switzerland before heading into the Page 3 vs. 4 playoff game on Friday (12 a.m. EST). Event information, including news and live scoring, are available at the event website, www.worldcurling.org/wjcc2017.