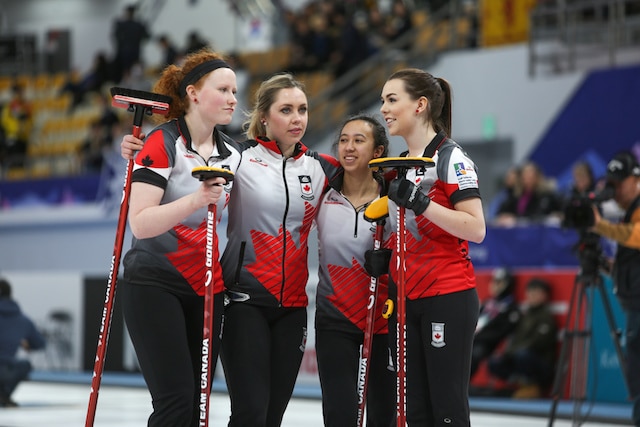 “A bronze medal, I’m pretty proud of that,” said Streifel, who came into the game needing to refocus after a disappointing 13-2 semifinal loss to Scotland earlier in the day. “This is my last year of juniors and I wanted to go out with a bang. Coming into today, we obviously wanted to go for gold, but the bronze feels pretty good right about now.” Canada controlled the game from the start, blanking the first two ends before scoring a deuce and then holding Min Ji Kim of South Korea to singles. A steal of one in the final end sealed the victory – and the bronze medal. “The semifinal was very disappointing, but that’s curling, and that’s sport in general, and things like that happen,” said Streifel. “So, we were pretty positive and excited to go out there and play hard for Canada and for everybody back home and ourselves – and we’re pretty happy with the bronze.” Canadian National Junior Team Coach Melissa Soligo, who accompanied the team to South Korea, said she could not be more proud of the way Streifel led the way to the medal today. “They played phenomenal,” said Soligo. “Completely stepped up to the plate and played as a team. Our skip played an outstanding game and was a true leader out there. It was a pleasure to watch this game.” In the women’s championship final, Sweden’s Isabella Wranaa defeated Scotland’s Sophie Jackson 10-7 to claim the gold medal. The men’s final will be played on Sunday, with host South Korea facing USA, while Scotland and Norway play for bronze. Team Canada’s junior men, led by Tyler Tardi and his B.C. team from Langley/New Westminster, with vice-skip Sterling Middleton, second Jordan Tardi, lead Nick Meister, alternate Nicholas Rabl, coach Paul Tardi, was eliminated from playoffs on Friday, losing a tiebreaker to Magnus Ramsfjell 8-7. 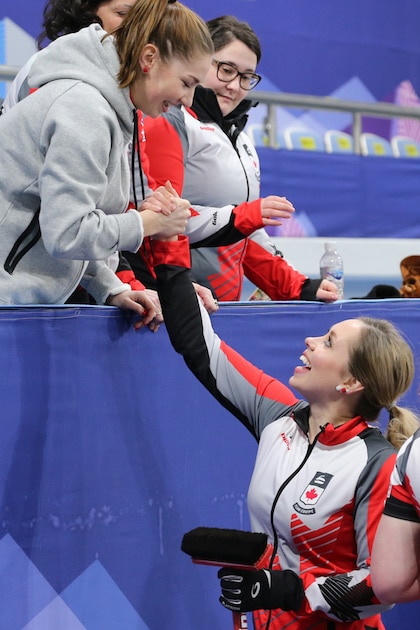 “It was pretty exciting to win a world gold (as alternate with Kelsey Rocque, two years ago),” said Streifel. “That experience helped me coming into this World Championship. It’s pretty hard to top that, but a medal is a medal and we’re just pretty excited about it.” “I’m so proud of these girls,” she said about her teammates. “They’re younger than me and they have a couple more years in juniors. They made this year and this season so much fun, and we put so much work into our preparation coming into these Worlds, so I can’t say enough good things about them. Event information, including news and live scoring, are available at the event website, www.worldcurling.org/wjcc2017