Team Canada remains in second place in the standings after a strong 8-2 win today over Germany as the round robin continues at the 2017 World Wheelchair Curling Championships in Gangneung, South Korea. 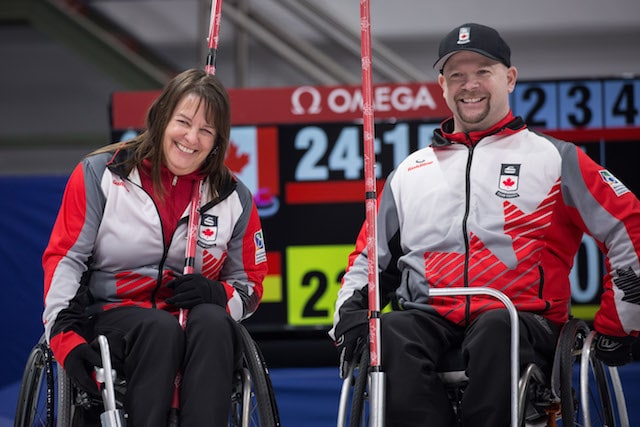 Skip Jim Armstrong, vice-skip Ina Forrest, second Marie Wright, lead Mark Ideson, alternate Ellis Tull and coach Wayne Kiel got off to a slow start against Germany’s Christiane Putzich and needed some rescue shots from Armstrong to score singles in the early ends. But they found their groove in the sixth, making eight perfect shots to score three, and followed that up with a steal of two to put the game away. Team Canada is juggling the line-up a bit as it looks ahead to the 2018 Paralympics, which will be held here in the Gangneung Curling Centre. Against Germany, Tull took over the lead position for his first game wearing the maple leaf. In Tuesday’s game against China, Ideson will skip and throw lead rocks, while third Forrest will throw last rocks. After five games, Canada has just one loss and sits alone in second place in the standings behind undefeated Russia. The round robin continues on Tuesday when Canada will face China’s Haitoa Wang (Monday 8 p.m. EST) and South Korea’s Jong Pan Kim (1 a.m. EST) For more information about the 2017 World Wheelchair Curling Championship, go to: www.worldcurling.org/wwhcc2017 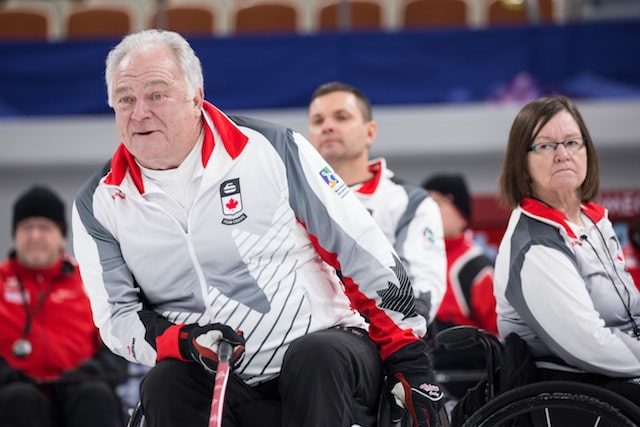